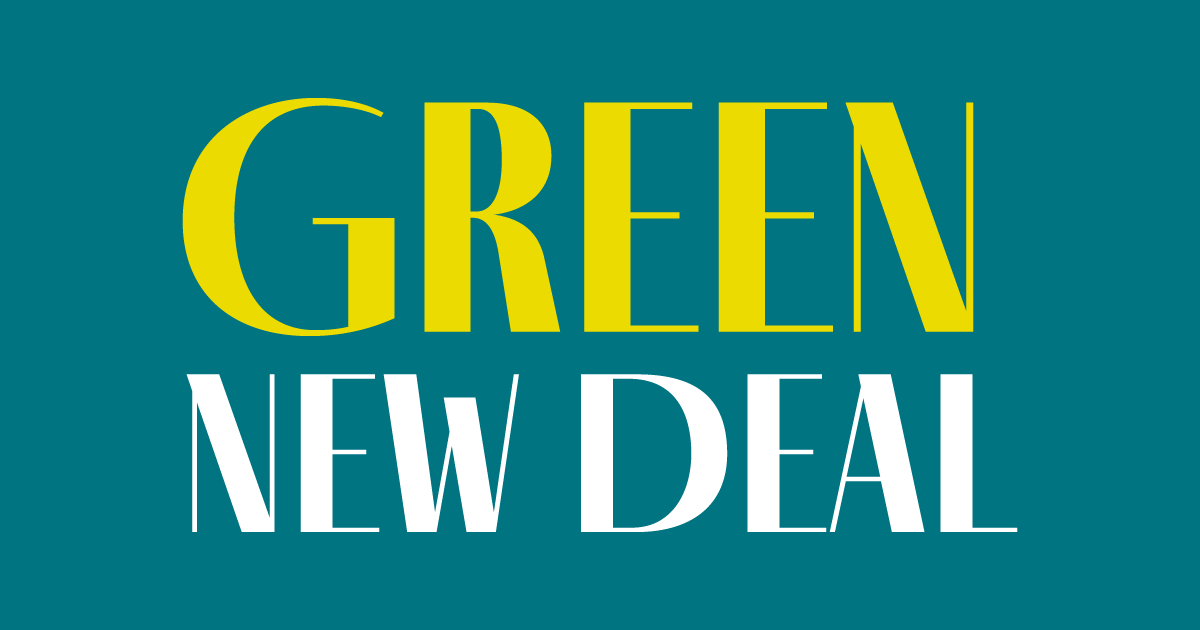 What is the Green New Deal anyway?

Last month, a winter storm enveloped a huge swath of the United States, dumping feet of snow and ice in places unaccustomed to such extreme weather — and leaving millions of people without electricity or water for days and even week. Many politicians and commentators have opined on what caused those widespread power outages, with some even blaming renewable energy and the Green New Deal. The reality was much more complicated. The bottom line is that what happened was a largely preventable humanitarian crisis in Texas, Mississippi, Tennessee and other U.S. states.

The Green New Deal has also been in the news lately because the Biden Administration has come out in support of many of the components of it. Unfortunately, not all the news has been accurate.

Let’s take a breath and talk about the Green New Deal — what it is and what it isn’t.

The first thing you need to understand is that the Green New Deal is a simple resolution, not a bill. By its very nature, it cannot become law. If passed by a chamber of Congress, it would simply express that that chamber believes the federal government should create a Green New Deal that consists of enumerated solutions to dramatically transition our economy away from dependence on fossil fuels and address systemic injustices.The resolution asserts that such a Green New Deal should create millions of high-paying jobs while developing a new, clean energy economy. It is bold and equitable vision that is often referred to as our generation’s “moonshot.”

The next thing you need to know is that the Green New Deal resolution asserts duties of the federal government. These overarching goals are:

The Green New Deal is modeled after Franklin Roosevelt’s New Deal, the large federal program that was designed to bring economic and social stability following the Great Depression, as well as his proposed Second Bill of Rights. Essentially, a Green New Deal would transition our fossil fuel-centric economy to a clean energy economy while addressing historic economic injustices and leaving no one behind. In other words, it is a call for the federal government to address the climate crisis in a way that is just and equitable for all.

Climate change is upon us already — more frequent extreme weather events, worsening air quality, rising sea levels, more severe droughts more often, more intense heat waves — and it will only get worse unless we reduce our carbon emissions across all sectors of our economy.

And that brings us to our role in the Green New Deal conversation. As goes the South, so goes the nation. The Gulf Coast and the Southeast are already bearing witness to the severe impacts of the climate crisis. The South is under-funded. Our societal infrastructure is crumbling. We’ve struggled to survive the coronavirus pandemic. Climate change is and will exacerbate all of that.

It is high time for serious and bold reforms. GASP believes we need a Green New Deal — ASAP — if we are going to hit those IPCC targets. We are collaborating with organizations across the nation to win a Green New Deal at the local, state, regional, and federal level.

Recognizing the South’s unique challenges and barriers for addressing the impacts of climate change, the Gulf Coast Center for Law & Policy launched a movement of organizations to create a Gulf South for a Green New Deal. GASP is honored to be anchoring the Alabama Hub.

We’re also a partner in the broader Southern Communities for a Green New Deal project, which launched today! The platform, spearheaded by Southeast Climate & Energy Network, Dogwood Alliance, Kingdom Living Temple, the Gulf Coast Center for Law & Policy, and GASP, builds on the Green New Deal to center and serve low-income communities and communities of color on the frontlines of the climate crisis in the South.

These are policy frameworks that add critical Southern contexts that the federal resolution lacked. We encourage you to read and endorse the platforms and sign up for news and updates.

Locally, we believe Birmingham needs its own people-driven climate action plan to address climate change and environmental injustices. GASP is proud to announce that we received a small grant from the U.S. Climate Action Network to jumpstart this process. We are currently reaching out to partner organizations, civic leaders, and others to bring as many voices into the fold as possible. Stay tuned for upcoming events where you can provide input on what a Green New Deal would look like for Birmingham.

The future is ours to create and generations yet to come are counting on us to get this right. Let us know if you are interested in getting involved to advance a People’s Climate Plan for Birmingham. 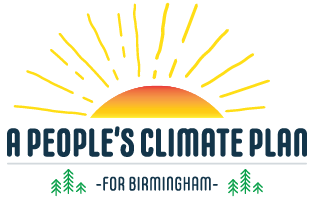