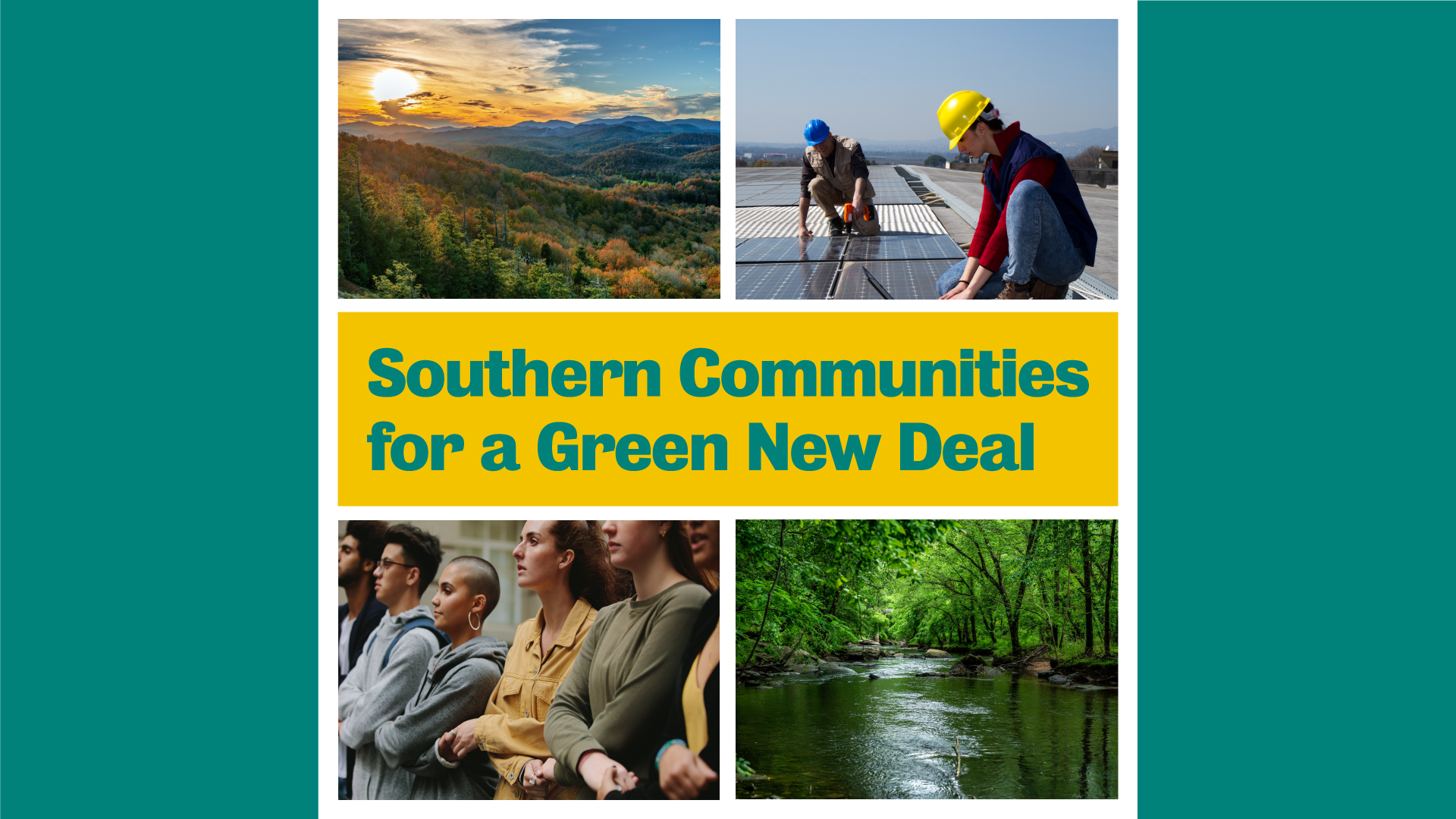 FORT LAUDERDALE, Fla. — In the wake of the fatal winter storm that left millions in the South without power and water, more than 160 organizations have endorsed the new Southern Communities for a Green New Deal (SC4ND) policy platform. The platform, spearheaded by Southeast Climate & Energy Network, Dogwood Alliance, Kingdom Living Temple, the Gulf Coast Center for Law & Policy, and GASP, builds on the Green New Deal to center and serve low-income communities and communities of color on the frontlines of the climate crisis in the South.

“This is a Green New Deal designed specifically for the American South,” said Alex Easdale, the executive director of the Southeast Climate & Energy Network. “We built consensus among frontline climate leaders, and used a bottom-up and community-based approach to developing our shared vision for how to achieve a safer, healthier, and more equitable future in the South.”

Over 100 leaders and advocates from Alabama, Arkansas, Florida, Georgia, Kentucky, Louisiana, Mississippi, North Carolina, South Carolina, Tennessee, Texas, Virginia, and West Virginia worked for months to develop the Southern Communities for a Green New Deal platform. Now, the endorsing organizations will use the platform to shape climate and green jobs policies at all levels of government.

“From the fossil fuel industry to industrial agriculture and forestry, it’s time for a new vision for the Southern economy,” said Danna Smith, executive director of the Dogwood Alliance. “This platform seeks to help lawmakers understand the extent of the problems Southern communities face, and the solutions that will work in the places we call home.”

The South is experiencing more climate impacts than any other region of the U.S. It is home to five of the top 10 largest emitters in the country, and is experiencing forest destruction from industrial logging at four times the rate of South American rainforests.

Frontline communities – whose residents tend to be Indigenous, Black, and LatinX – suffer disproportionately from extreme weather events, unreliable access to safe drinking water, and unhealthy levels of air pollution. More than half of the Black population of the U.S. lives in the South. Florida and Texas are among the states with the highest Hispanic/LatinX populations, and Hispanic people make up over 16% percent of the region’s population.

“Once again, the South is rising to tackle one of our nation’s greatest challenges and achieve transformative economic and social change,” said the Reverend Leo Woodberry of Florence, SC, who introduced the platform during a virtual Congressional briefing yesterday.

Last Friday, Rev. Woodberry cut the ribbon on four SOURCE® Hydropanels at his predominantly Black church. The panels use sunlight and air to create safe, clean drinking water — something too many Southern frontline communities don’t have enough of.

“As we saw during February’s severe winter storm in the South, when disaster strikes, electric and water services tend to fail in communities of color and low-income communities first, and take longer to fix,” said Woodberry. “These hydropanels offer communities their own climate-resilient and endlessly renewable supply of safe, clean drinking water, totally independent of any aging pipes or unreliable power sources. They are an example of the types of community-led solutions we plan to push for as part of our Southern Communities for a Green New Deal agenda.”

The Southern Communities for a Green New Deal platform outlines the key issues facing Southern communities as the global climate crisis worsens. It features a list of policy demands related to energy, water, forest and land, the economy and labor, and democracy. These policy demands reflect core values shared by the 160+ groups that have signed on: committing to Indigenous sovereignty, following frontline leadership, being inclusive, rejecting the privatization of natural resources, investing in transformative solutions that match the urgency and severity of this crisis, and eliminating sacrifice zones, which disproportionately bear the environmental and health burdens of an extractive and polluting economy, and which are generally found in poorer communities and communities of color.

“We were proud to facilitate more than 100 leaders from across the South in the development of a set of core values based on the South’s unique need for sustainable development. This work acknowledged the systemic divestment and over-extraction in our region, as well as our status as a major economic engine, our unique biodiversity and our history of resistance,” said Colette Pichon Battle of the Gulf Coast Center for Law & Policy, lead facilitator and signee of the SC4GND platform, and regional anchor of Gulf South for a Green New Deal initiative.

The vision of the Green New Deal reflects the transformation and mobilization the country needs at the federal level. At the same time, there is no one-size-fits-all approach when it comes to addressing the climate crisis and growing the economy so that it works for all people, regardless of race, gender, or zip code.