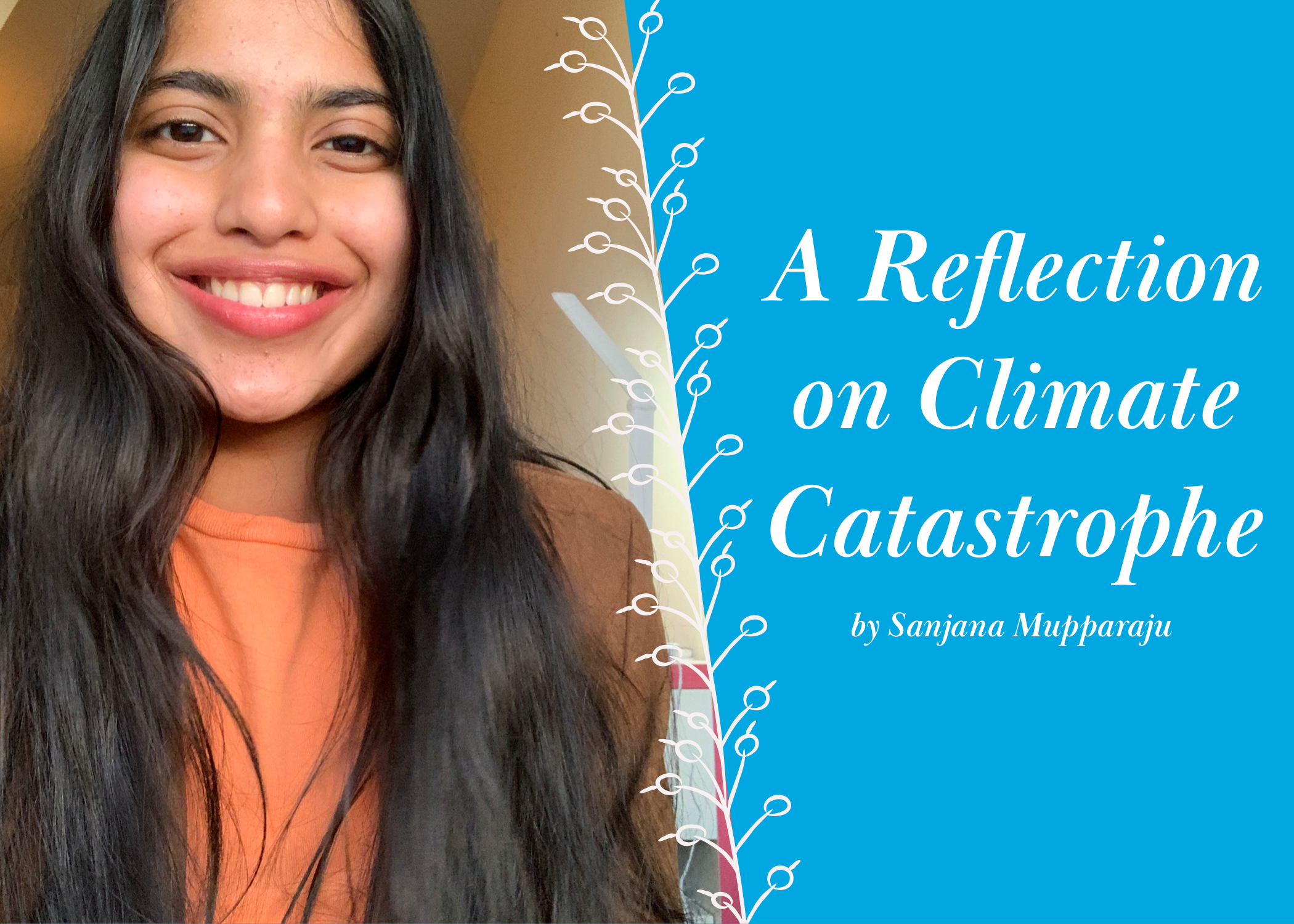 A Reflection on Climate Catastrophe

Of course, in elementary school, such dark topics are not discussed as dark topics. Climate change was just another 20 minute lesson, just like the fossil record was, and just like the dinosaurs were. Certain language was always used: global warming, greenhouse gases, carbon dioxide, glacial melting, etc; but nuance is not what public elementary schools are known for. Carbon dioxide had a bad connotation to me because it was why some summer days were incredibly hot, and why they would get hotter and hotter.

Climate change was a 20 minute classroom lesson, yes, but that is not the last that we heard of it. It was a constant background noise, a constant “dark” joke, a reminder that would pop up every three months. A “natural” disaster would ding as a notification on our parents’ phones, and as we were eating dinner that night, would pop up on the television. A climate expert would always have their five minute claim to fame. They would speak about how that flood might have been because of excessive glacial melting, and how that fire was extremely powerful because of the man-made dry air of that area. News about Flint, Michigan was given to us in chopped up pieces as me and my dad would fight over whether the radio would play NPR or 103.7 The Q. Actually, news about Flint, Michigan would sometimes even make an appearance on 103.7 the Q (the radio station’s social justice points).

What I am getting at is that the climate catastrophe has been a part of our adolescence, and it should be no surprise that a large part of our generation cares so much. The elders of our lives treated it as background noise; as a 20 minute science class lesson, or as a five minute segment on national news that would pop up every once in a while. The three months between natural disasters gives ample time for people to forget about the New York Times article they recently read about plastic pollution in the ocean. They are drowned in their own lives.

We, as kids however, did not have as much to do, and the snippets of the television and radio have strung together and compiled as a big cloud in our still developing brains. Many of us have access to the internet, and we don’t even consent to the information being thrown our way in a daily basis. We no longer differentiate the climate crisis from the rest of the problems our world faces; the racial justice crisis, the economic crisis, our consumerist crisis. We can comprehend what the snippets on the radio are saying about the floods in Uttarakhand that killed dozens of people, about the fires in California that pop up every year burning down peoples livelihoods, and about the poor air and water quality underfunded communities are stuck with.

The problems this nation and this world have tangled themselves into are in no way fixable in a few years by my generation. It is ridiculous to think that people of older generations had not tirelessly worked to create even the small environmental protections that are offered today. And it is ridiculous to think that many people haven’t dedicated their entire lives to this cause. The seemingly random activism that the younger generation has taken on, especially when it comes to environmentalism, is not a belief that we are more capable than older generations. For us, fear of inevitable catastrophe was baked into our adolescence. A generation brought up on fear of the inevitable feels like they have nothing to lose when fighting.

About Sanjana Mupparaju
Sanjana Mupparaju is a high school junior at the Alabama School of Math and Science. Her passions lie in journalism and the climate crisis. Sanjana writes for Foreign Policy Youth Collaborative, a website run 100% by high school students.