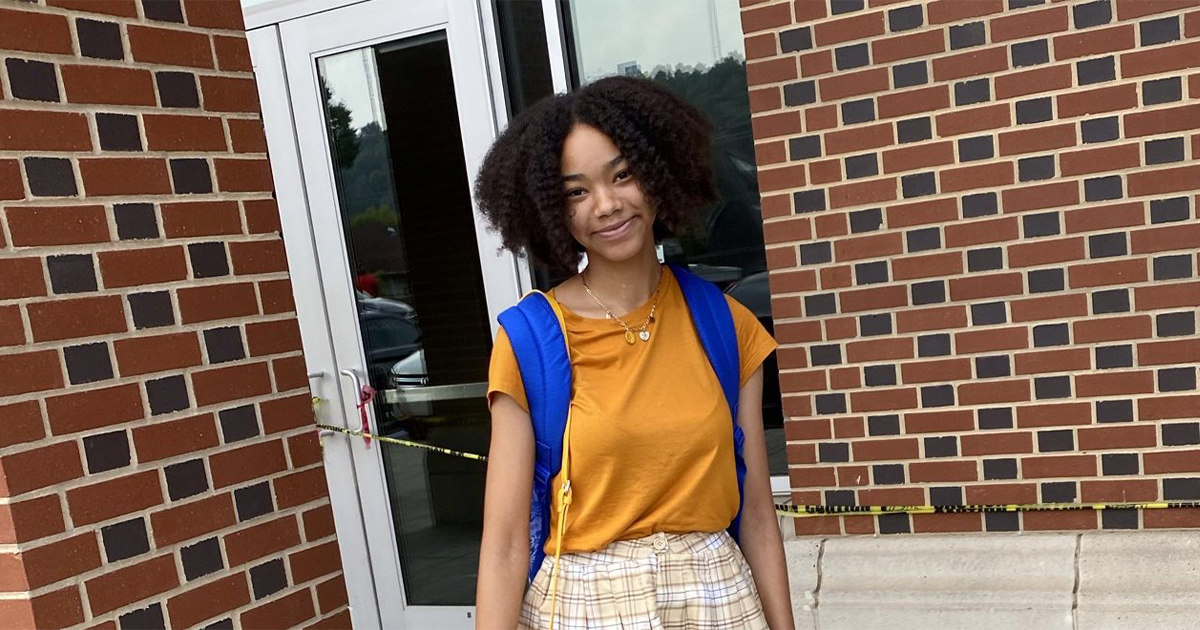 Stepping My Foot In The Door

One of the aspects of the Green New Deal for Birmingham (GND4BHM) is trying to connect with people in our community. This spring, the GND4BHM took on a new intern by the name of Danielle Wormsby, a senior at Ramsay High school. Danielle started an outreach initiative and created an environmentally based club at her school called the “Green Teens Club”. This club has been phenomenal in helping to move the campaign forward. It is very important for youth to be involved in green new deal initiatives because what is decided today, will mostly impact them and their futures. The Ramsay Green Teens has only been an official club since January 2022, but their impact is shown in their dedication to not only saving the environment but also teaching their peers why eco action is important to local communities.

Club meetings consist of students getting together to discuss the campaign and learn about its purpose. Danielle acts as a bridge between the campaign and the club by creating activities for the students to do in terms of campaign outreach. Their first big project was making a short promotional video on the subject of what the GND4BHM means for youth. The video was played at Birmingham’s first Community Climate Assembly to discuss a Green New Deal for Birmingham and many people loved to see the campaign from the youth perspective. Danielle has also taken over GASP and GND4BHM’s instagram pages to post her own content, bringing in more followers.

The club has also spread the word about the GND4BHM art contest, held an earth day program at their school, and participated in various GASP and GND4BHM events.

Danielle has written about her experiences and excitement to be involved as an intern stating:

“I was so excited to be granted the opportunity to be working with GASP and the Green New Deal for Birmingham. Working in environmental action is honestly my dream job and I am now getting my start as an intern. There are so many words I could use to describe my excitement and gratitude, but I’m going to try and move on to actual words now. Words as in human words in the dictionary because there are mainly just weird “happy squeals” that I should go back and delete later.

Well let me tell you what I’m going to be doing anyway. My overall responsibility as the Green New Deal for Birmingham Intern is to help with the campaign’s activities. So things pertaining to outreach, engagement, coordination, and building. If you’re thinking I look familiar then you’ve probably seen me on social media or at an event. Speaking of which, don’t forget to follow the campaign on instagram @gnd4bhm.

At the start of this internship my main priority is trying to build the Ramsay Green Teens Group. I decided to start an eco club at my school and am now trying to get the campaign involved as an outreach opportunity. It’s been a little hard trying to get people to sign up but I think I’m going to get the club running before the school year ends.

I have one last thought before I conclude, but It feels weird being the youngest person in the room. The other interns, the volunteers, and the GASP staff are generally all adults and I’m still in high school. I won’t let that intimidate me though and I’m just going to work as hard as I can to keep up with them. I can’t wait to see what this new opportunity will teach me and how much I’ve grown in the end.”

Danielle’s impact will continue to be seen as new leaders emerge within The Green Teens at Ramsay and they carry on what she began.

About Danielle Wormsby
Danielle Wormsby is a junior at Ramsey High School and a new GASP volunteer. She is interested in wildlife and the environment. Danielle hopes to someday pursue a career as a climate scientist or a biologist.