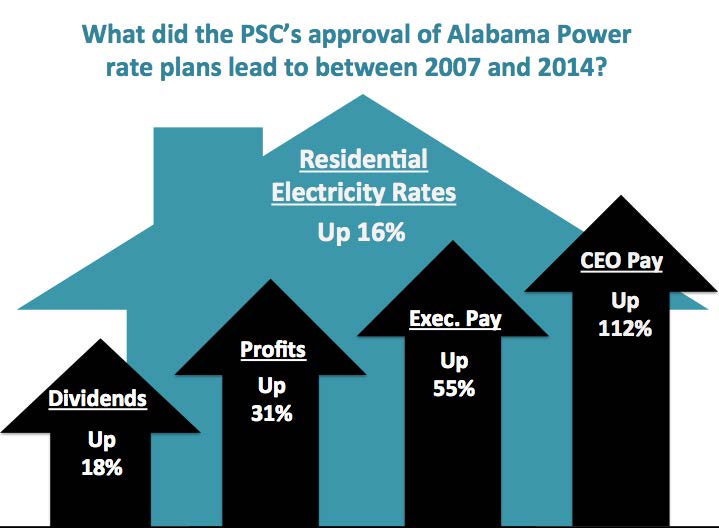 A report titled “What Public Service? How the Alabama Public Service Commission’s misplaced priorities put utility profits over people” was released last week by Greater Birmingham Ministries. GASP has been seeking transparency at the PSC for the past two years with a particular focus on the health impacts of Alabama Power’s energy planning decisions, which are made without real public participation.

“Now more than ever, the PSC institutes policies that are in no way equitable or economical for customers,” explains Greater Birmingham Ministries. “Instead, they boost the bottom line of monopoly utilities, and in doing so harm Alabama families, especially in low-income communities where the inability to pay utility bills can lead to eviction and homelessness.”

Just this past December, for example, the PSC approved rate hike of 5 percent, which will mean an additional $75 on electric bills for the average Alabama family. GBM details a fact that we’ve exposed before: Alabamians already pay a higher percentage —about 4 percent — of their paychecks for electricity than the residents of any other state in the country. 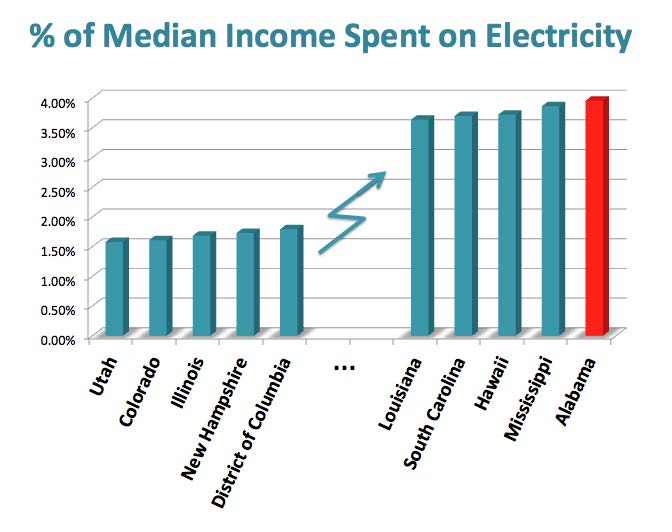 “In 2013, just under 4% of the median household’s income in Alabama was spent on electricity, more than double the least costly states,” GBM says. 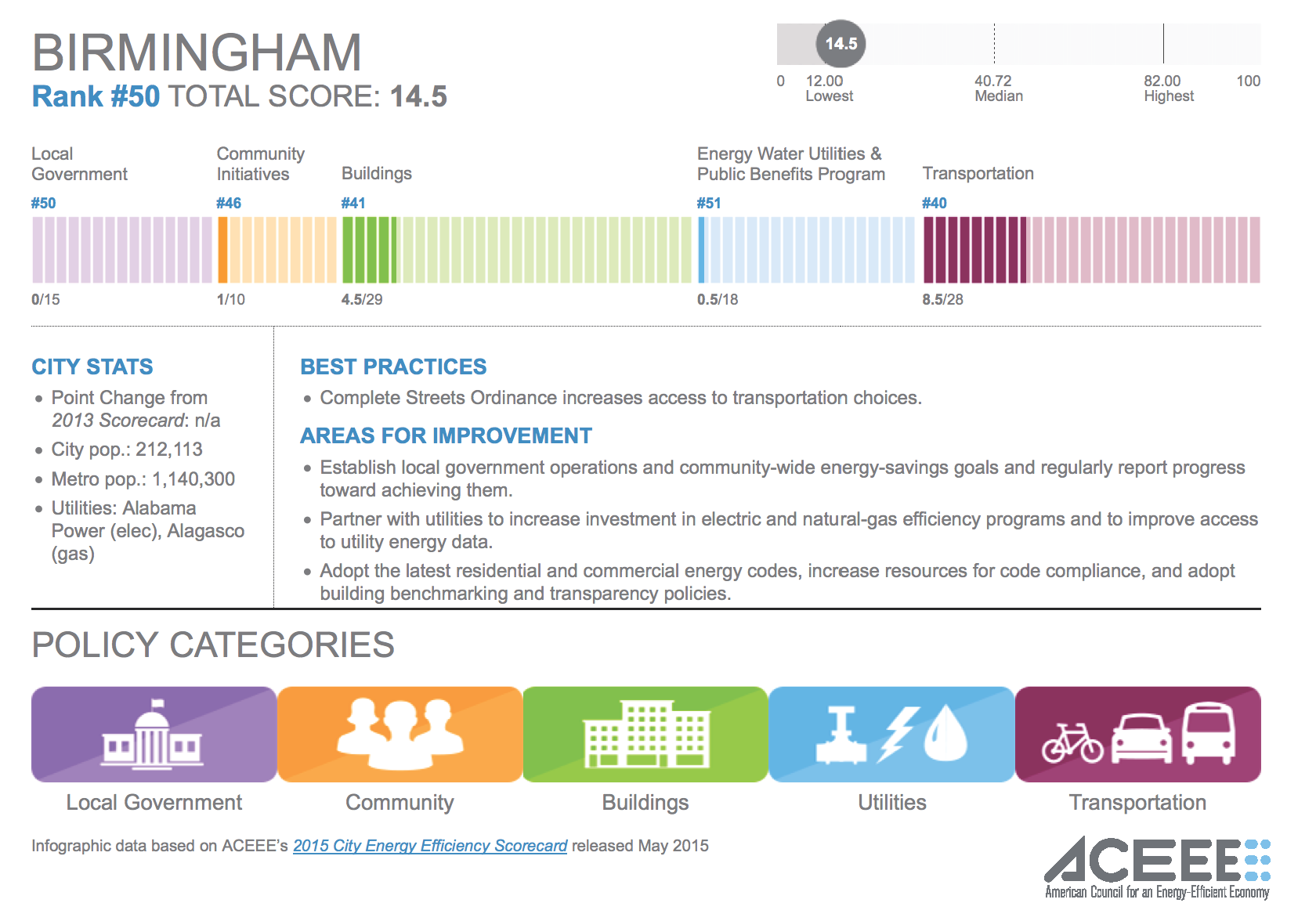 As GBM’s report demonstrates, low-income Alabamians stand to gain the most from investments in energy efficiency programs:

“Programs aimed at helping customers use electricity more wisely put money back in people’s wallets and are especially attractive to low-income customers who must spend a larger proportion of their income on electricity. According to ACEEE, each dollar invested in efficiency yields $1.24-$4 in benefits for customers through things like lower energy costs during peak usage — such as heat waves — and avoided costs from building new power lines.”

Our pocketbooks and health are affected by the PSC’s behind-closed-doors decisions. Alabamians deserve better.

Read the report below.