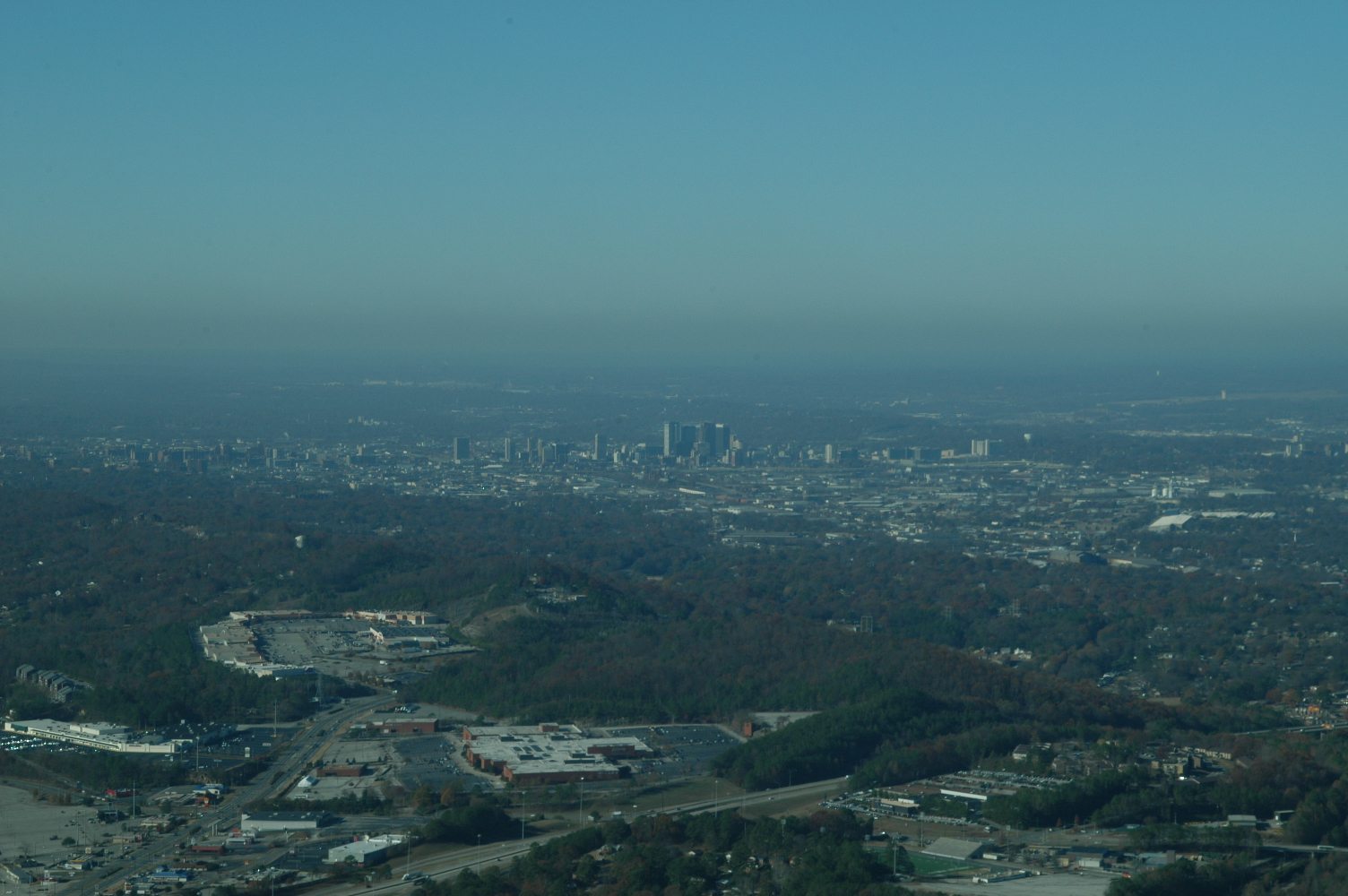 Change is in the Air

Dr. Ray Watts, then-senior vice-president and dean of the UAB School of Medicine, established the Clean Air Initiative in 2012. Combining private and public dollars, it was designed to be an interdisciplinary partnership of UAB’s Schools of Medicine, Public Health and Engineering; Birmingham-Southern College; the Southern Environmental Law Center; the American Lung Association in Alabama; and GASP.

I became the executive director of GASP in August 2012. In the same week, Carol Garrison, PhD, announced her resignation as president of UAB. “According to UA System trustees,” the Birmingham News reported, “[Watts] is likely to be named interim UAB president, but no final decision has been made.”

I was horrified at the ethical implications of Watts’ decision in the first week of September 2012 to dismantle the Clean Air Initiative.

Instead, Dick Marchase was named interim president about a week later. Ray Watts was rumored to be the primary (and likely only) candidate being considered for UAB’s top position.

As the University of Alabama System Board of Trustees was vetting Watts, the Clean Air Initiative apparently came under scrutiny. Recall that Watts himself established this research and education effort at UAB.

Soon after joining GASP, I was engaged in the planning for the Clean Air Initiative Symposium to be held on Sept. 21, 2012 at UAB. The draft agenda included Garrison, Watts and Marchase. Abruptly, Watts informed the Clean Air Initiative partners that the Southern Environmental Law Center would not be permitted to participate in the Symposium. It was clear, even to a newcomer like me, that the move was purely political.

I had already been told the Birmingham Business Alliance was unhappy about the Initiative and that Birmingham-Southern was pressured to drop out as a result. It also became evident that the Clean Air Initiative would be discontinued altogether after the Symposium. UAB drastically gutted the event’s agenda without consulting still-named partners GASP and the American Lung Association.

I was horrified at the ethical implications of Watts’ decision in the first week of September 2012 to dismantle the Clean Air Initiative. I had just received my copy of the Summer 2012 UAB Magazine featuring the Initiative in an article titled “Something in the Air.”

As a long time health and research advocate, I’m certainly not naïve and am fully aware of political pressures brought to bear at major research universities. And when I earned my doctorate at UAB, I experienced firsthand some of the ugliest internal politics you can imagine.

This was different. This was the leadership at my alma mater directly and blatantly compromising the integrity of its research and education mission.

The Clean Air Initiative was marketed by UAB as a “multi-disciplinary effort to solve air pollution problems.”

A significant portion of the air pollution that keeps Birmingham ranked in the top 25 cities for dirty air nationally comes from the industrial plants just three miles north of downtown and four miles north of UAB.

“UAB has a strong commitment to improving the health of the people of Alabama,” a brochure read, “and will use a multifaceted approach through its medical research and engineering talent to deal with health issues tied to environmental origins.”

The research funded under the auspices of the Clean Air Initiative included studies on the health impacts of people residing in northern Birmingham neighborhoods just a few miles from UAB’s campus.

When the Clean Air Initiative was unceremoniously dismantled by Watts, funding for research to understand the effects of ongoing industrial pollution in Collegeville, Fairmont, Harriman Park and North Birmingham dried up. Only one study came to fruition that I’m aware of and its results were published in October 2014. It shows adverse birth outcomes associated with living within 5 kilometers of the north Birmingham coke plants. 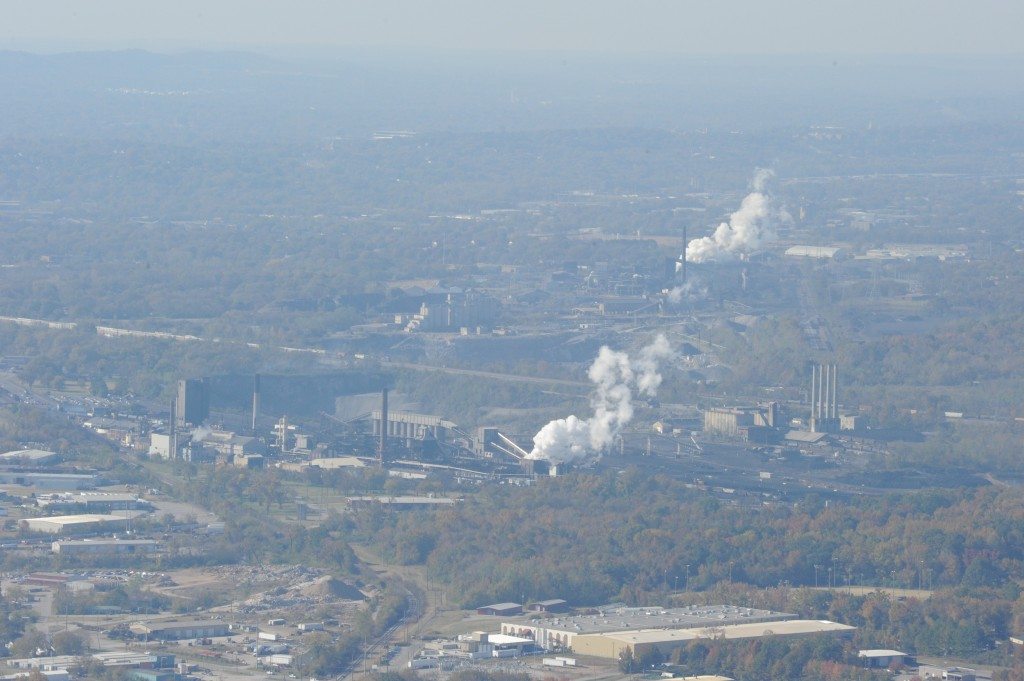 A significant portion of the air pollution that keeps Birmingham ranked in the top 25 cities for dirty air nationally comes from the industrial plants just three miles north of downtown and four miles north of UAB. Like Duke has done in North Carolina, UAB should have sufficient integrity to investigate the systemic health effects of air pollution in Alabama in spite of any relationships with utilities and other polluters.

We need a credible research institution like UAB to help us “understand air pollution problems that have long plagued this state,” to use the university’s own words.

Just as he built the Clean Air Initiative, Watts tore it down, apparently, because it went against the financial interests of Alabama’s polluting industries — specifically against the personal interests of Trustee Emeriti Garry Neil Drummond. Based on the events I witnessed, Watts chose to serve corporate profit and his own advancement over the health and education mission of UAB.

Our city and our state have been held back by corrupt pay-to-play politics that perpetuate archaic and ineffective governance. We have systemic problems that keep Alabamians disproportionately unhealthy and economically compromised. UAB became an economic engine in Alabama precisely because enough of its leaders worked to elevate UAB’s mission and reputation above the regressive attitudes traditional Alabama “leaders” dictate.

Just as he built the Clean Air Initiative, Watts tore it down, apparently, because it went against the financial interests of Alabama’s polluting industries.

We are all members of the greater Birmingham community and we are therefore all affected by the dirty air emanating from polluting industries in our area. We need a credible research institution like UAB to help us “understand air pollution problems that have long plagued this state,” to use the university’s own words.

I hope you will speak up now and tell the Board of Trustees, the still influential Trustee Emeriti, the Executive Committee of the Birmingham Business Alliance, Governor Bentley and every elected official that represents you, that UAB must maintain its academic integrity and independence. Without it, every single person in this state will experience the health and economic repercussions.