This story has been updated with the webcast link and to correct the time of the event.

The. U.S. Environmental Protection Agency has announced that it is hosting a public meeting at Howard University School of Law in Washington, D.C., Tuesday, March 1 from 3–6 p.m. The meeting will be live-streamed via webcast and teleconference. The call-in number is 877-887-8949 and the conference ID is 58156799. Registration is optional.

Last month the EPA released what’s called a “Notice of Proposed Rulemaking” to modify how it addresses discrimination complaints. Title VI of the 1964 Civil Rights Act prohibits recipients of federal funding from discriminating on the basis of race, color, or national origin in programs and services. Examples of discrimination include any action or inaction that results in the segregation or denial of services, poor or decreased services, or inadequate participation opportunities.

In order to enforce Title VI, most federal agencies have adopted regulations that specifically prohibit discrimination whether it is intentional or not. In other words, if the programs and services inadvertently have a discriminatory effect, individuals can file complaints with that federal agency against the recipient of the federal funding.

There are currently four Title VI complaints from Alabama with the EPA, including two related to toxic air polluters in the Birmingham area. The EPA has a lackluster record when it comes to environmental justice complaints. To its credit, though, it is making a good-faith effort to change that. Comments are due March 14 (because the published deadline of March 12 falls on a Saturday).

Gasp is drafting detailed comments on the EPA’s proposed changes as well as the new Draft Case Resolution Manual. We’re in the process of recruiting other organizations and citizen groups to sign on. If your organization would like to be be a part of this effort, please contact us. 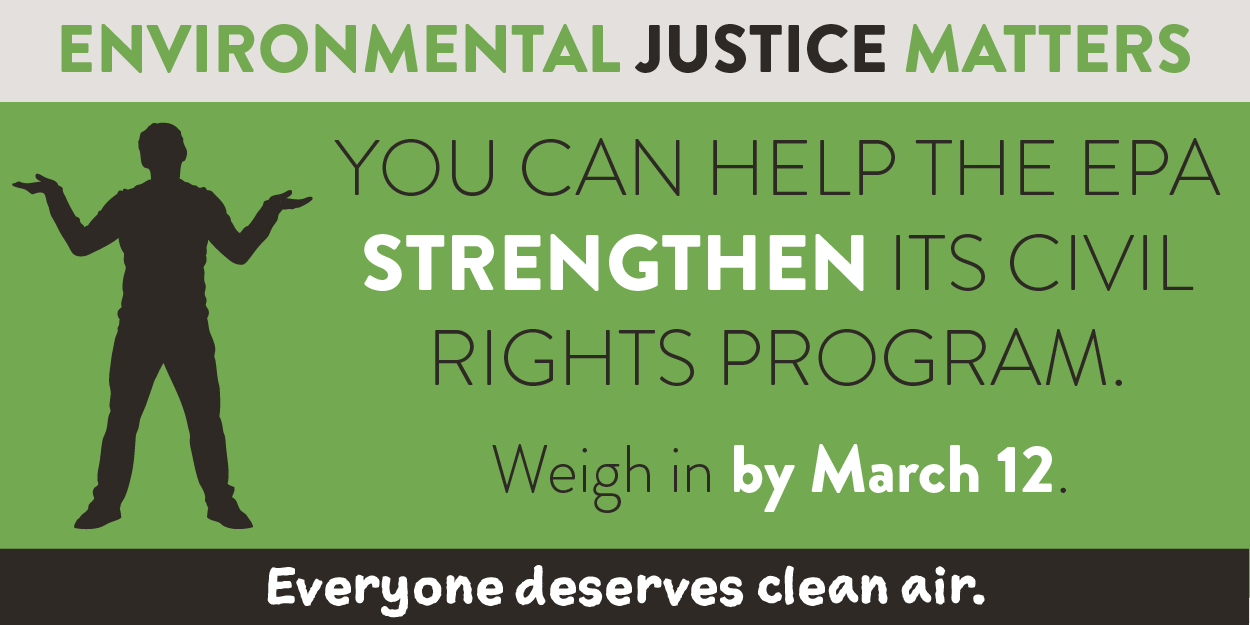 We have made it easy for individuals to take action in three easy steps: 1. Customize your letter. 2. Enter your contact information. 3. Click “Submit.” Take action now!