Net metering continues to be a hotly contested issue between energy companies and consumer advocates — including pro-solar and environmental groups. Media Matters, a “progressive research and information center,” has published an extensive report on so-called “dark money” flooding into state and local campaigns against solar energy, especially net metering.

“Independent studies show that distributed solar benefits all ratepayers by preventing the need to build new, expensive power plants or transmission lines. Utilities make their money by building big, new infrastructure projects and then sending ratepayers the bill, which is exactly why utilities want to eliminate solar.”

But first: What is net metering? While net metering has various policy applications, we’re going to use the Solar Energy Industries Association’s definition:

Net metering is a billing mechanism that credits solar energy system owners for the electricity they add to the grid. For example, if a residential customer has a PV system on the home’s rooftop, it may generate more electricity than the home uses during daylight hours. If the home is net-metered, the electricity meter will run backwards to provide a credit against what electricity is consumed at night or other periods where the home’s electricity use exceeds the system’s output. Customers are only billed for their “net” energy use. On average, only 20-40% of a solar energy system’s output ever goes into the grid. Exported solar electricity serves nearby customers’ loads. 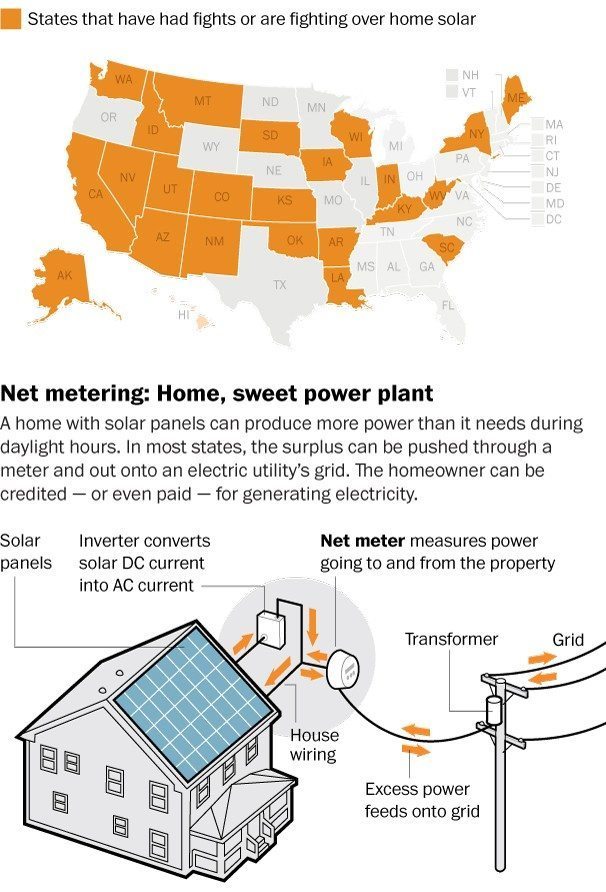 The Media Matters report details how “outside interests are influencing the battle through front groups and legislation.” Some of these groups have been very active at the Alabama Public Service Commission over the past two years. Three groups are cited as having suspected but unconfirmed ties to Southern Company: JobKeeper Alliance, Partnership for Affordable Clean Energy, and 60 Plus Association. 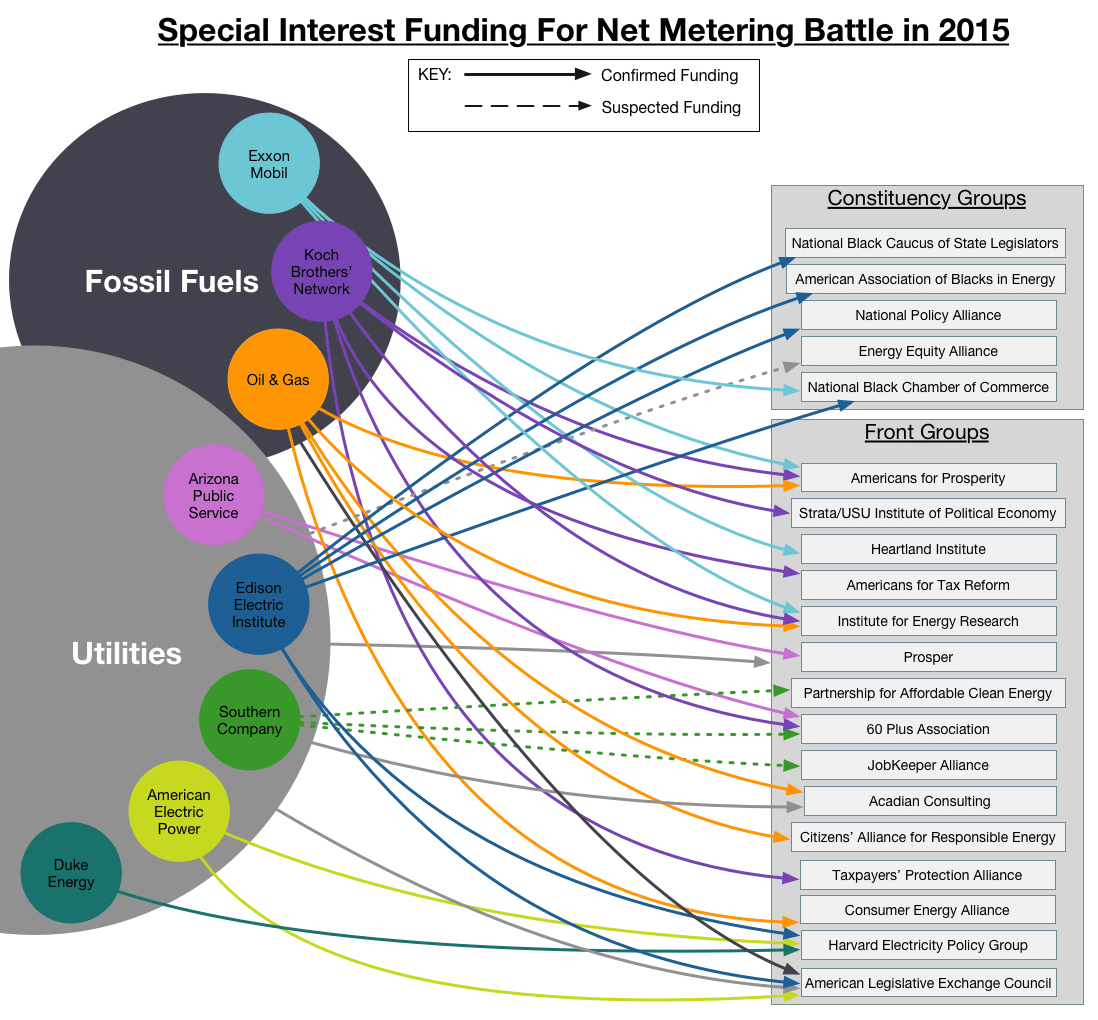 Image via Media Matters for America

Alabama currently has no statewide net metering policy. As we explain at Solar Works, customers serviced by Alabama Power are paid between $0.0288 and $0.0471 per kWh for the energy they produce. Meanwhile, those customers are charged a $5/kW monthly fee merely for the privilege of having a solar system installed on their home.

When Alabama Power customers are faced with such prohibitive state and utility policies, they are are not allowed to embrace the energy and cost saving measures that solar energy production could offer them.

State-level policies and utility-level rate structures and programs should encourage residential solar, not act as barriers to a customer’s ability to install or lease solar systems, or participate in community solar programs. Dark money and outside interests should not be the only voices setting such important policies in Alabama and nationwide.

You can take action today at Solar Works, our initiative aimed at promoting solar energy and arming Alabamians with the information and resources to become solar energy advocates!