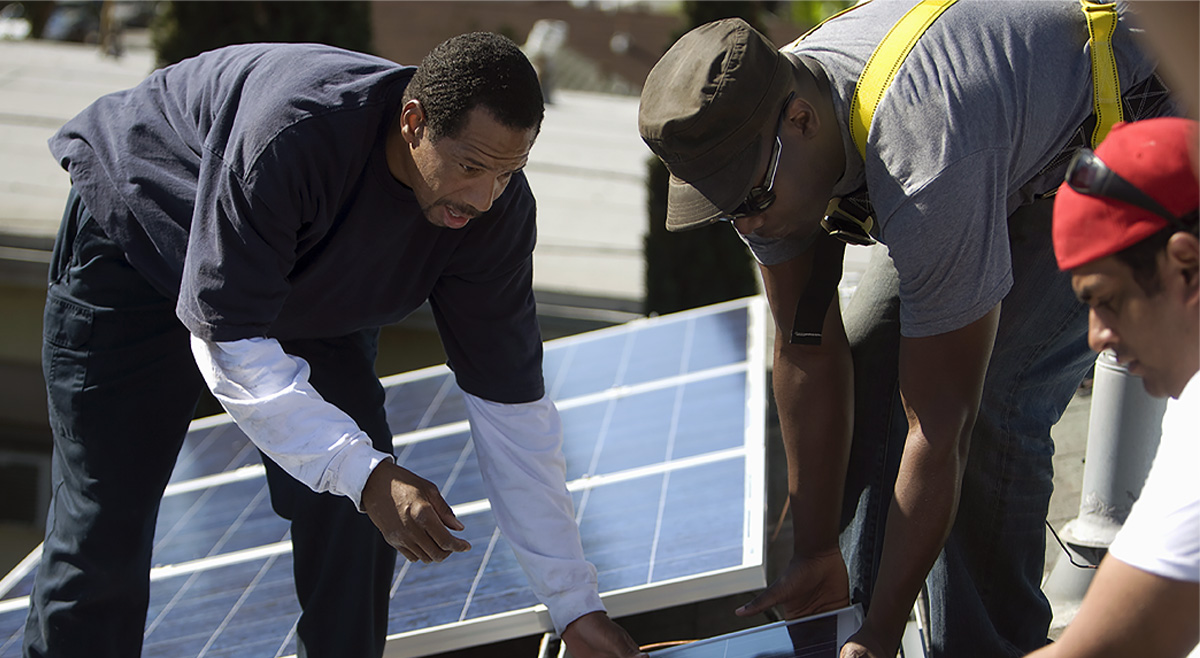 The petition, which was filed by the Southern Environmental Law Center (SELC) and Ragsdale LLC, asks FERC to compel the PSC to implement the federal Public Utility Regulatory Policies Act (PURPA), which protects solar customers from unfair treatment by their utility.

PURPA requires state regulatory commissions to observe certain minimum federal protections, including that utilities cannot sell power at a discriminatory rate to customers who adopt renewable energy technologies, such as solar power, to meet some of their energy needs.

The petition was filed on behalf of four Alabama Power customers who invested in solar installations on their properties and GASP, a Birmingham-based nonprofit that works to remove obstacles to solar deployment in Alabama. It asks FERC to initiate an enforcement action against the PSC, directing the state agency to order Alabama Power to sell electricity to solar customers at non-discriminatory rates.

“By imposing one of the highest fees on solar customers of any regulated utility nationwide, Alabama Power’s unjustified solar charges are severely curtailing renewable energy development in our state, and other states are leaving Alabama behind because of it,” said Keith Johnston, Director of SELC’s Alabama office. “We are asking FERC to exercise its authority to enforce federal protections for solar customers in Alabama Power’s service territory.”

Since its adoption in 2013, Alabama Power’s monthly fee has limited the rights of homeowners, businesses, and schools to use solar power to reduce their electric bills. The monthly fee is added on top of other fixed and variable charges and significantly reduces customers’ expected savings. For example, a typical residential customer with a 5 kilowatt solar array must pay an additional $324 per year, or more than $9,700 over 30 years, the lifetime of a typical system.

“Alabama Power’s monthly fee makes it extremely difficult for people like me who want to install solar to lower their monthly bills and generate clean energy,” said TK Thorne, a Birmingham area resident and Alabama Power solar customer subject to the charges. “Alabamians should be free to make energy decisions on their own properties, without unjust interference from a monopoly trying to preserve its own profits.”

The FERC petition follows a complaint filed by the same groups in April 2018, which asked the Alabama Public Service Commission to determine that Alabama Power’s rate treatment of solar customers is unfair, contrary to public interest, and otherwise unlawful.

The PSC issued an order in October 2020 granting the utility’s motion to dismiss the groups’ original complaint and approving its proposal to increase the existing monthly charge from $5 per kilowatt, based on the size of the customer’s solar system, to $5.41 per kilowatt.

As a result of Alabama Power’s charges and other policy roadblocks, Alabama has only a fraction of the solar capacity of other Southern states. Despite its abundance of sunshine, Alabama has only about 300 small-scale solar customers compared to 2,435 in Georgia, 17,767 in North Carolina, and 21,883 in South Carolina, according to data filed with the Energy Information Administration.

A number of other states have rejected these types of charges as unjustified and discriminatory. In 2013 Alabama Power’s sister utility Georgia Power proposed a similar charge but withdrew it in the face of overwhelming bipartisan opposition.

In 2018, the New Mexico Public Regulation Commission struck down a similar charge. More recently, the Kansas Supreme Court rejected a similar solar charge as discriminatory in an April 2020 ruling, which the Alabama PSC was made aware of ahead of its decision.

“In addition to creating road blocks for families and businesses that want to go solar, Alabama Power and the Public Service Commission are holding our state back from the economic growth and job creation we’ve seen from solar deployment across the South,” said GASP Executive Director, Michael Hansen. “Alabama families pay some of the highest monthly energy bills in the country—it is wrong for a utility to benefit financially from limiting customers’ options.”

In April 2018, SELC, on behalf of GASP, and Ragsdale LLC, on behalf of two private Alabama citizens, jointly filed a complaintasking the Alabama Public Service Commission to determine that Alabama Power’s rate treatment of solar customers is unfair, contrary to public interest, and otherwise unlawful.

Alabama Power filed a motion to dismiss the complaint in June 2018, and submitted a separate filing proposing to increase its monthly fee against self-generating customers from $5 to $5.41 per kilowatt (applied to the size of the customer’s system).

The Commission held a hearing in November 2019 which drew such a large crowd that many attendees had to stand in the aisles or the adjoining room to hear testimony. Neither Alabama Power attorneys nor the Commission staff asked any questions of the plaintiffs’ expert witness.

In October 2020, more than two years after the initial complaint was filed, the Commission granted the utility’s motion to dismiss and approved its proposal to increase the existing charge.

For more than 30 years, the Southern Environmental Law Center has used the power of the law to champion the environment of the Southeast. With over 80 attorneys and nine offices across the region, SELC is widely recognized as the Southeast’s foremost environmental organization and regional leader. SELC works on a full range of environmental issues to protect our natural resources and the health and well-being of all the people in our region. southernenvironment.org

Founded in 1991, Ragsdale LLC has been representing individuals and small businesses in civil lawsuits for 35 years. Using our experience and knowledge of law and the court system, our areas of practice include environmental and pollution claims, personal injury and death, securities fraud and class actions, fraud and contract disputes, and whistleblower claims. www.ragsdalellc.com