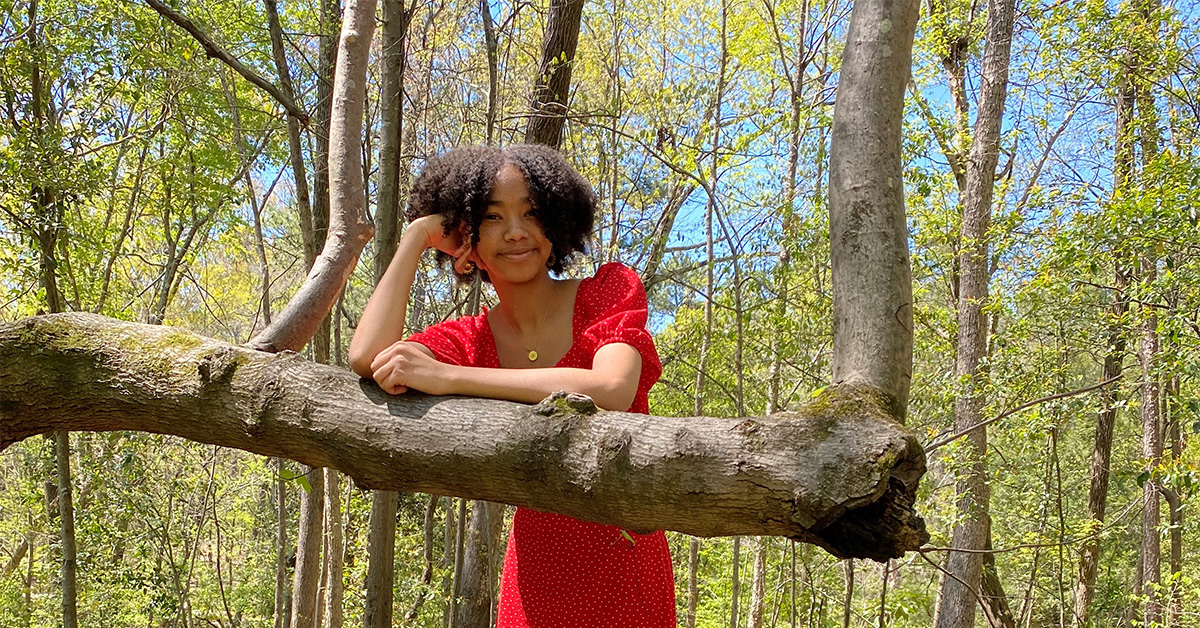 Why I Want to be a Climate Scientist

Growing up I used to have so many ideas of what I wanted to do with my future: princess, dancer, veterinarian, astronaut, and so many other random or “creative” jobs. Granted, some of my dreams aren’t realistic. But I never thought the climate would have such a big impact on my future.

Every generation has its struggles when it comes to achieving their dreams. Whether that be money, discrimination, or location, we will always have challenges. But now it seems as if every single person in upcoming generations will all face the same daunting threat. Climate change is not going to pick and choose who it is going impact. The consequences of human pollutants affect everything from the tiniest of microorganisms to the largest of whales and elephants. And I’m choosing not to just sit here and watch it happen.

My curiosity with nature began with a love for animals. A big part of loving and learning about animals is also studying their ecosystems and the ways they fit in and help out. But being in school in the 2000s, I was learning more about the things that humans do that are killing these precious ecosystems. We are causing mass extinctions, deforestation, global warming, and the overall rapid change of the earth’s climate. Contrary to the stereotype of my generation, I have probably spent more time researching climate science than on social media. Something that’s interesting to me is the fact that climate change scares me so much to the point where I want to keep learning about it. My brain has seemed to turn this fear into a curiosity, which is good because there is no running from this crisis.

Barack Obama once said, “We are the first generation to feel the effect of climate change and the last generation who can do something about it”. Scientists have known about climate change since the mid-20th century and our leaders have done nothing but ignore it. It is just in recent years that it has become a popular topic because of how dramatic the changes are progressing. There is no longer time to wait on someone else to come in and fix the issue — we should’ve started working on this more than 30 years ago. Our earth doesn’t even have time to wait for millennials and Generation Z. We need impactful actions now, not by 2030 or ’50.

I’d like to think of myself as someone who is written as a hero in books or movies. At the beginning they are scared and try to run away from their destiny, but then all of a sudden there is a call to action. It takes hearing a little girl scream off the top of a building to coax the hero into using their powers to save her. Well, the Earth’s been screaming for a while now and I can hear her. I tried to ignore her and just keep living like she’s not on fire, but a voice inside me makes me want to save her. The voice will not quiet until she is safe and fully protected, and as I get older that voice gets louder.

I may not be Wonder Woman, but I do believe that we all have purposes to fulfill, and maybe standing up for the earth and its creatures is mines.

Every single day the thoughts about what’s going to happen in the future get scarier. My dreams are now unfortunately driven by the fear of a changing planet. I feel as if I no longer get to choose my future, but it has been chosen for me. Chosen by those in charge who it seems as if didn’t care enough to give environmental security to the next generations. But my ancestors have had to fight for their futures all of their lives. As an African American girl, I have abolitionists, civil rights activists, and feminists running all throughout my DNA. And now all I’m doing is adding climate activism to the family tree.

I want to be a climate scientist when I grow up because if all else fails, I want the future generations to at least know that I tried to protect their future.

About Danielle Wormsby
Danielle Wormsby is a junior at Ramsey High School and a new GASP volunteer. She is interested in wildlife and the environment. Danielle hopes to someday pursue a career as a climate scientist or a biologist.