Despite the impression you may get by visiting Southern Company’s website, the publicly traded utility company is one of the worst utilities in the United States when it comes to climate policy. That’s according to a new report that was released this week by InfluenceMap, a London-based think tank that “provides data and analysis on how business and finance are affecting the climate crisis.” 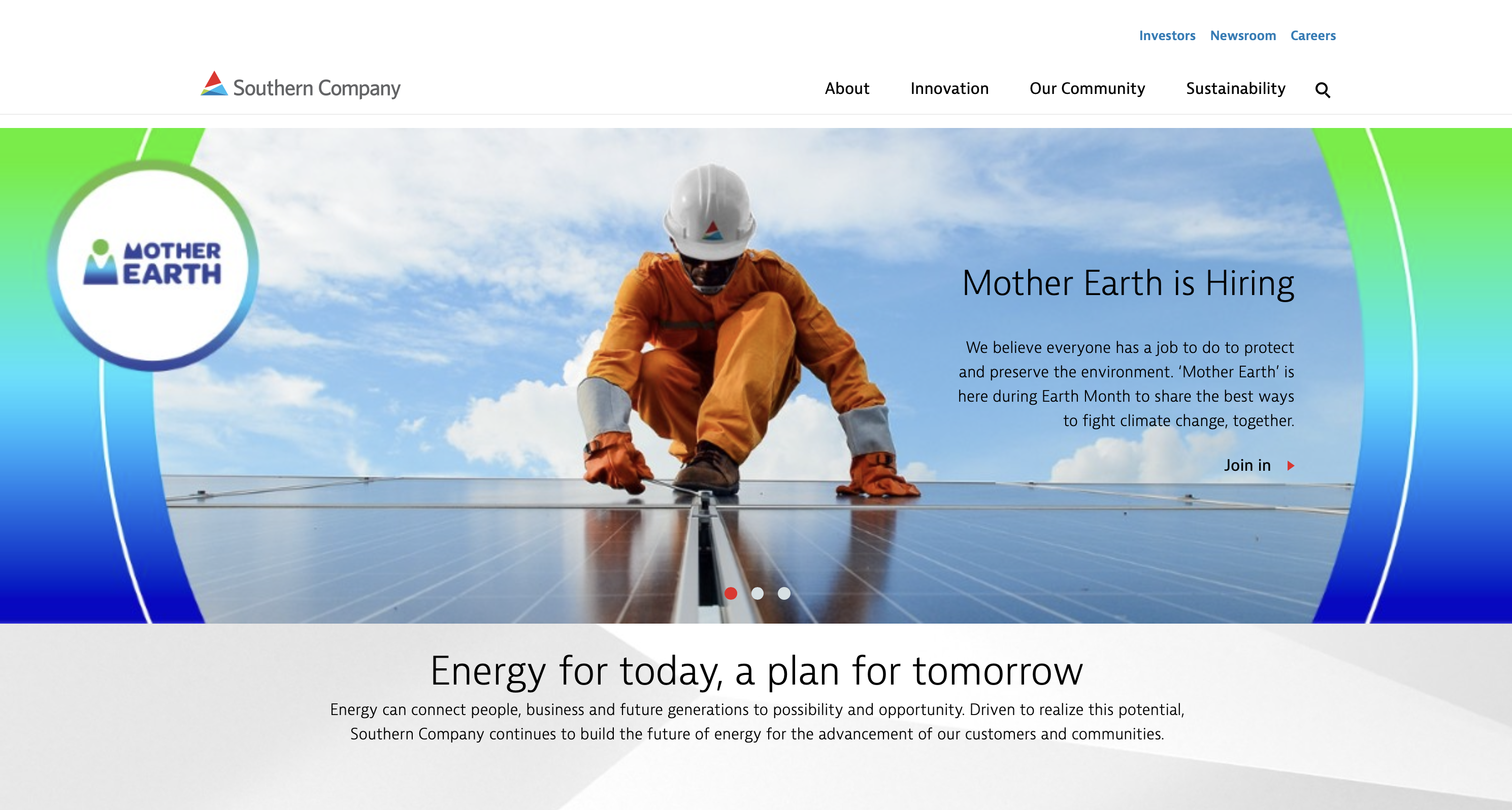 The U.S. Power Sector and Climate Policy Report looks at how the 25 investor-owned utilities in the country perform when it comes to climate change policies. It found a wide range of policy engagement among those electric utilities, from those leading the charge to those fighting climate action.

According to the report, only four utility companies fit the description of “positively engaging” in climate policy, including Edison International (CA), Exelon Corporation (IL), and Public Service Enterprise Company (NJ). More than half of utilities “continue to demonstrate negative engagement that is misaligned with delivering the goals of the Paris Agreement.” The map below shows states with the most and least climate policy risks. 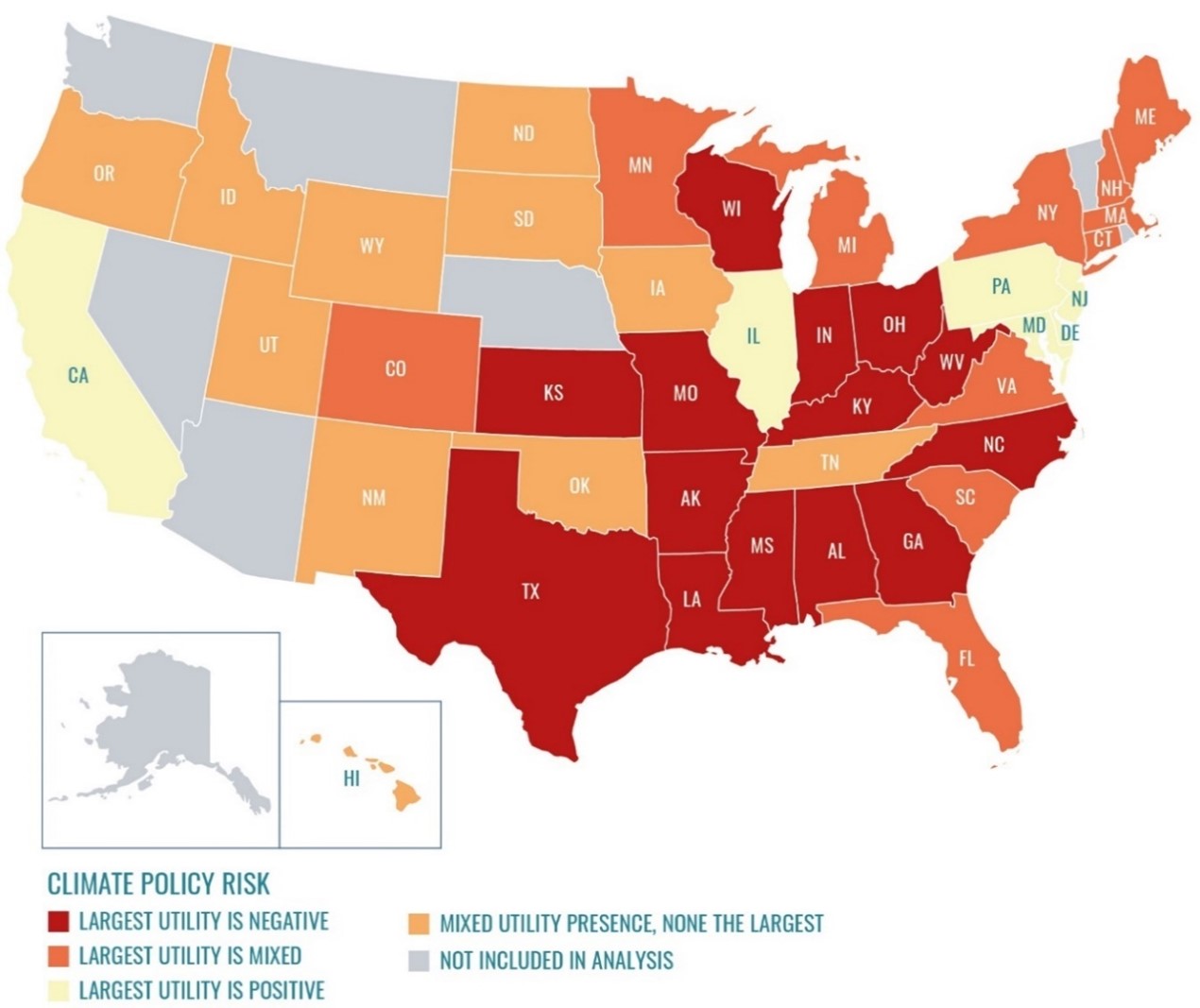 One example of Southern Company’s support for anti-climate legislation is that the company lobbied for preemption bills that prevent cities from enacting bans on fossil gas in new building codes. Those bills included HB150 in Georgia and HB446 in Alabama, both of which were passed and signed into law in 2021. Such bans have gained popularity in states as powerful fossil fuel companies seek to protect their bottom line from the impending clean energy transition.

Southern Company is also a member of trade groups that aggressively lobby to block climate action, the report notes. For instance, the U.S. Chamber of Commerce is one of the most prolific anti-climate special interest groups in Washington, notoriously targeting members of Congress who vote in favor of climate bills it opposes. The Chamber also campaigned against the Build Back Better agenda, which would have constituted our nation’s largest ever investment in climate action. Southern is also linked to the likes of the American Gas Association, American Petroleum Institute, American Legislative Exchange Council (ALEC), and Consumer Energy Alliance, all of which are known for their aggressive anti-climate activities.

All of this flies in the face of Southern Company’s so-called “net zero” pledge, which itself fails to deliver the energy transition we need to avoid the worst impacts of climate change. These phony pledges make for good publicity stunts and media strategies, but they do absolutely nothing to move this country towards a more just and equitable climate future. Their operating companies like Alabama Power, meanwhile, are doubling down on fossil fuels.

Unsurprisingly, Southern Company declined to comment to InfluenceMap or the many media outlets that covered the report.