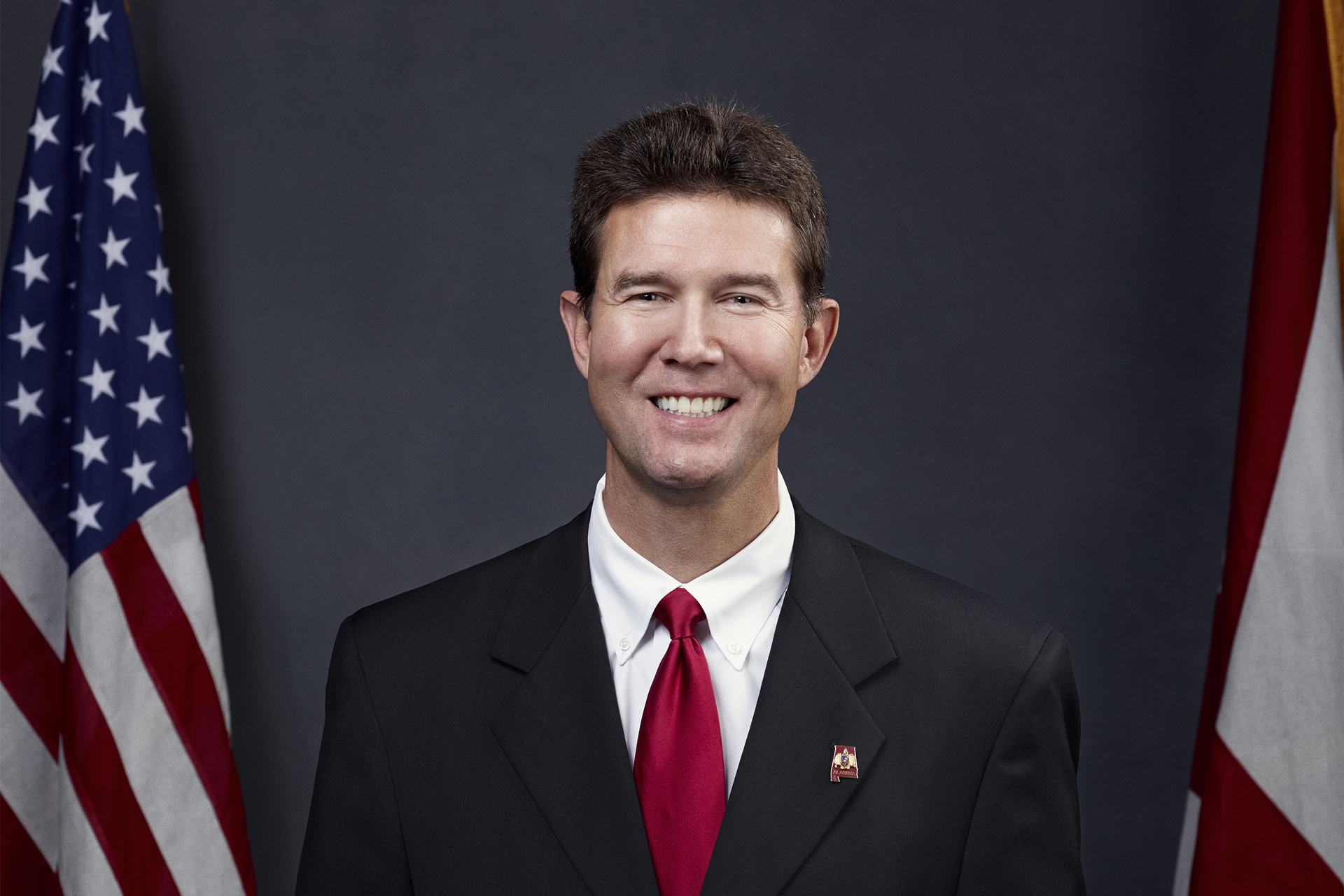 Now Is Not the Time for Petty Political Grievances

That’s more or less a typical workday during this pandemic. And I have to admit that I’m fortunate to still have a job in a time when 1-in-5 Americans have filed for unemployment over the past several weeks. I’m also lucky that I love my job. I don’t have to go to work, I get to go to work. Even if “going to work” just entails sitting at my dining room table for the time being.

Anyhow, this past Wednesday morning started normal enough. That is, until I got an email alerting me to a statement from Secretary of State John Merrill attacking Gasp and the Sierra Club. Merrill was “shar[ing] support for Plant Barry of Mobile County.” This was allegedly prompted by a lawsuit we filed last month over expired air and water permits at Alabama Power’s Plant Barry, a dirty coal-fired power plant near Mobile. 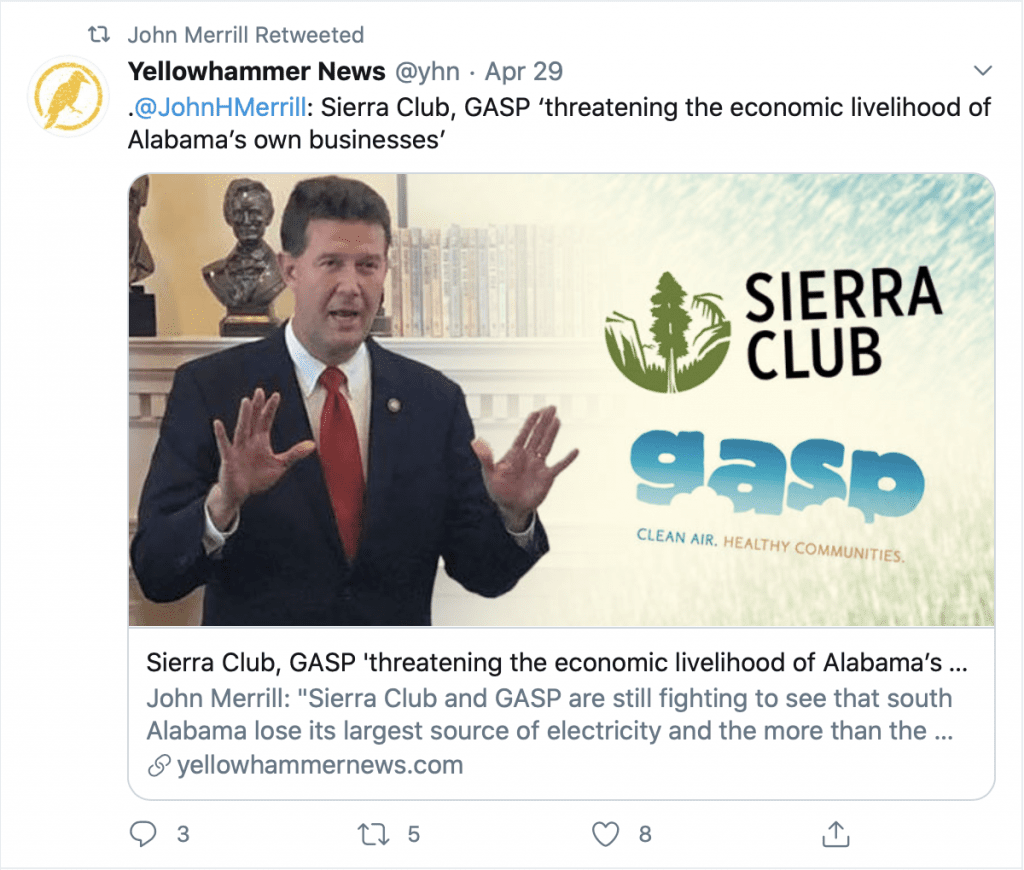 In his screed, Merrill made several inaccurate, inflammatory statements before finally concluding, “This is a time to work together to address issues and solve problems, not to promote extreme political issues.” Project much?

I won’t give his false statements more exposure here, but the hypocrisy was loud enough to get my attention. It also made me realize that we hadn’t put out a press release or any kind of public announcement. Merrill’s misguided rant is an opportunity to do just that.

As mentioned above, Gasp and Sierra Club on April 2 filed a writ of mandamus petition with the Circuit Court in Montgomery regarding expired permits for Plant Barry. Alabama Power, to its credit, has fulfilled its duty to submit renewal applications for these permits. The Alabama Department of Environmental Management (ADEM), the state agency responsible for air and water permits for facilities like Plant Barry, has failed to act on those applications. In other words, the state — by way of ADEM — is the subject of the lawsuit. The kind of permits in question are a Title V air pollution permit that expired in 2015 and an NPDES water pollution permit that expired in 2013.

In asking ADEM to officially renew these outdated permits, we argue that ADEM must ensure they comply with current pollution limitations, which have been updated since the permits were last issued and since the plant’s emissions were last evaluated. And, of course, we requested that the court compel ADEM to issue public notice and public comment periods for the permit renewals as required by law.

We’ve asked for this to happen by September 1, 2020. That is by all accounts a very reasonable timeframe. ADEM has said that it hopes to have a new air permit in place by July 1 and a new water permit by September 1.

Are you bored yet? Have your eyes glazed over? Are you not entertained?

Well, that’s kind of the point. This is pretty boring stuff. But it’s very necessary stuff. You see, Plant Barry is one of the state’s largest point sources of air and water pollution and the Clean Air Act and Clean Water Act provide for citizen enforcement. Groups like Gasp and Sierra Club play a crucial role in making sure the agencies charged with implementing those laws are doing their jobs.

What is out of the ordinary, however, is for the Secretary of State to weigh in on a rote lawsuit over air permits, especially one involving the very executive branch of government he works for. His job, as a reminder, is to oversee free and fair elections in Alabama. We would all be better served if Merrill focused on protecting voting rights and ensuring safe and secure access to the ballot box.

The point is this: Don’t be fooled by John Merrill. He has no business inserting himself into lawsuits over environmental permits. His infamous online behavior may get him the attention he craves, but it is a distraction.

Gasp and Sierra Club are simply daring to defend every Alabamians’ right to healthy air to breathe and clean water to drink. There’s nothing radical about that.

If you agree that everyone deserves clean, healthy air to breathe, now would be a great time to support our work with a tax-deductible financial contribution. Click here to donate online.