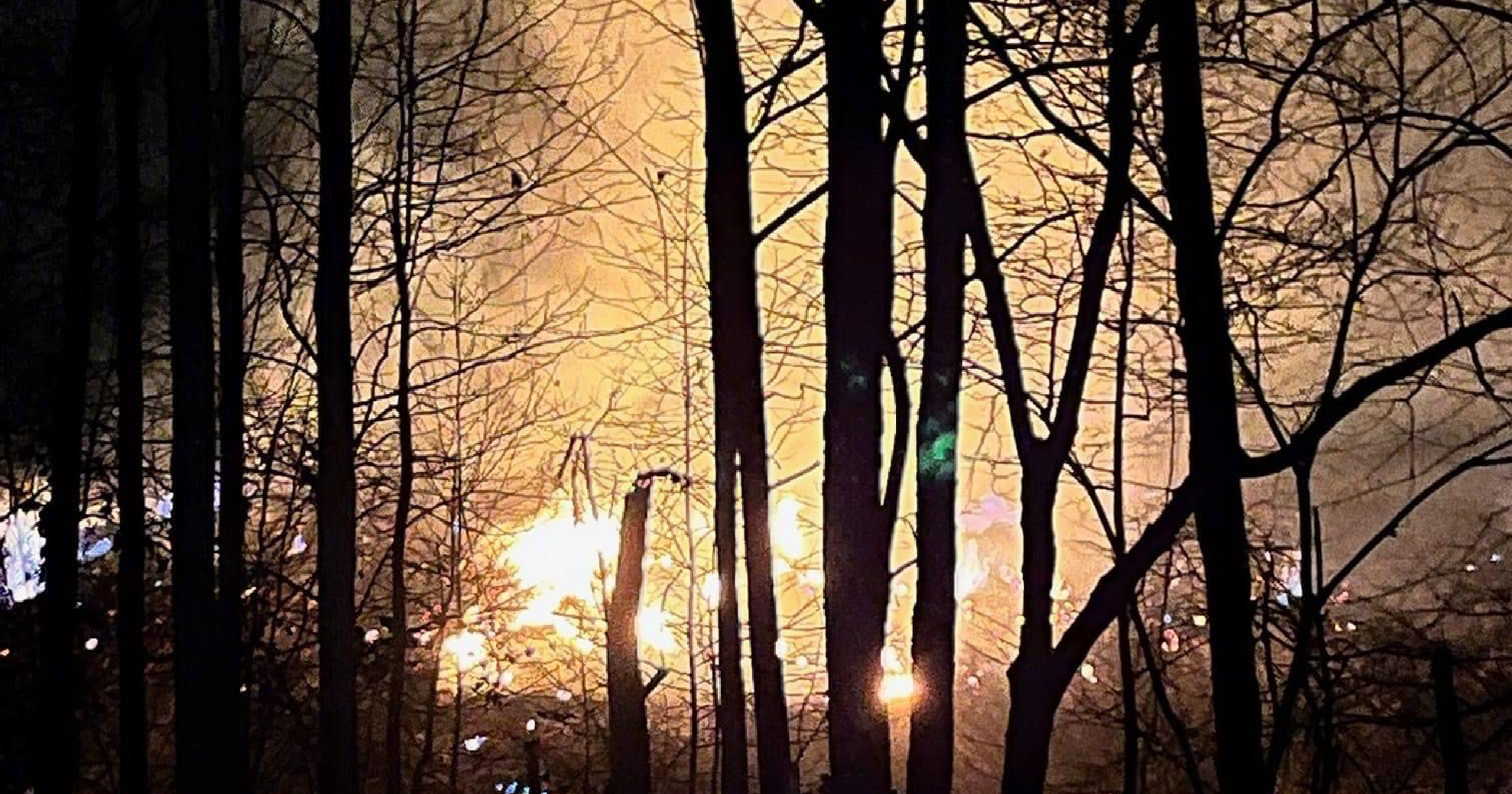 On Friday, November 25 a large underground fire was reported to the Moody Fire Department. The source of the fire is a “green waste” landfill operating under the name Environmental Landfill, Inc. GASP has received dozens of complaints about the air quality as a result of the fire. Residents across the Birmingham metro area have noticed the pungent stench and the noxious smoke coming from the site.

We responded by installing four PurpleAir particulate matter sensors (shown on the map below). Two of the sensors are located just to the west and southeast border of the landfill. The other two are located in Carrington Lakes approximately 2 miles north of the fire and in Roebuck Springs about 8 miles to the west. I wanted to answer some of the questions we’ve received, starting with health impacts of exposure to this pollution.

What is air pollution?

In addition to criteria pollutants, the Clean Air Act also regulates a category of pollutants called “hazardous air pollutants,” or HAPs. These are also referred to as “air toxics.” HAPs are pollutants that are known (or suspected, based on ample scientific evidence) to cause cancer and other severe health problems. Testing for HAPs requires collecting samples of ambient air and sending those samples to a lab for analysis.

What are the health risks associated with air pollution?

In the long-term, exposure to air pollution is linked to stroke, heart disease and other cardiovascular health issues. As little as 15 minutes of exposure to particle pollution can result in an increase in blood pressure. Air pollution is also linked to neurological diseases like Alzheimer’s, Parkinson’s, and multiple sclerosis. It also stunts the cognitive development of children and can permanently damage the brain.

Who is most at risk from exposure to air pollution?

Everyone is susceptible to the harmful effects of air pollution. However, some populations are more vulnerable than others. Those include people with chronic health conditions (e.g., COPD, asthma, heart disease, and diabetes); infants, children, and teenagers; older adults; pregnant women; and people who work or exercise outdoors.

What is the air quality index (AQI)?

Each pollutant has its own range based on the national ambient air quality standards — or NAAQS. The Clean Air Act requires NAAQS to be reviewed every five years to ensure they’re based on the latest scientific information. The AQI’s color categories range from green (good) to maroon (hazardous). Visit gaspgroup.org/air-quality for more details.

What are the pollutants of concern with a landfill fire?

Landfill fires consist primarily of smoke, which is particulate matter. Anytime there is combustion of materials, there can be a wide range of individual pollutants, including volatile organic compounds, carbon monoxide, hydrogen sulfide, and nitrogen dioxide, among others. In other words, that particulate matter can be comprised of individual hazardous air pollutants. The makeup of the smoke depends on the fuels being burned (e.g., foliage, tires, telephone poles, rubber, plastics, petrochemicals, etc.). The odor, volume, and intensity of smoke depends on many other factors, including wind direction, wind velocity, humidity, and precipitation.

How is air pollution monitored and measured?

There are various ways to monitor air quality. Air monitoring, regardless of method, is very complicated. The Clean Air Act requires certain jurisdictions to maintain networks of air quality monitors. The Jefferson County Department of Health, for example, maintains at least 8 air monitoring stations that monitor for particulate matter, ozone, and sulfur dioxide. These are stationary monitors that are technologically advanced and very expensive to own and operate.

Through our AirKeeper community science program, GASP uses PurpleAir digital sensors to monitor PM pollution at the hyperlocal level. These are low-cost digital sensors that detect particulate matter, or PM. We install strategically placed PurpleAir monitors free of charge. These devices require an outdoor outlet, reliable Wi-Fi access, and a place to mount the sensor (using a screw or zip ties). High-priority locations include homes near the fire, schools, senior centers, churches, and community centers.

As mentioned above, we’ve deployed four PurpleAir sensors near the fire or in locations impacted by the pollution. These devices are capable of giving a snapshot of the hyperlocal air quality at a specific place and time. They don’t characterize the constituent pollutants within the particulate matter, just the concentration of particles. That concentration is then converted to an AQI, which is reported on an online map. To determine the makeup of the particles, we will need to collect ambient air samples and send them off for lab analysis.

Is it safe to live near this fire?

This is where things get complicated. GASP is not in a position to offer medical, legal, or financial advice to individuals. We recommend that you speak with your doctor about any symptoms you have experienced that you believe may be connected to pollution exposure. Your healthcare provider may have recommendations specific to you and your particular risk of exposure.

Personally, I would not feel safe staying in my home while the fire continued to burn. Even the Alabama Department of Environmental Management (or ADEM), our state’s asleep-at-the-wheel environmental protection agency, suggested that people may want to relocate temporarily. Of course, this raises questions about who can afford to stay and who can afford to relocate. Insurance companies often require either an evacuation order from local authorities or a declaration of emergency from a government agency.

On Tuesday, January 3, the St. Clair County Commission did declare a state of emergency due to the fire. That may be enough for some insurance companies to offer relocation assistance to some homeowners. You will need to speak with your insurance agent about your options. You may also need to speak to an attorney if you aren’t satisfied with the answers you receive.

What’s the plan to extinguish the fire?

The short answer is: we don’t know yet. The St. Clair County Commission’s resolution declaring a state of emergency is one important step towards developing a plan to extinguish the fire. Chairman Stan Batemon stated that the Commission is now soliciting requests for proposal (RFPs) from private companies. They will be evaluating the options in the coming weeks and making a determination about the best path forward. On a related note, it’s important to understand that when work begins to put out the fire, pollution may actually get worse for a while. This is because the fire is underground and workers will disturb the fire, leading to temporary increases in oxygen that will further fuel the fire.

We produced a series of infographics (below) that may be helpful to you and your neighbors. Additionally, if you know of a school or community center in an area that does not already have an air monitor, we would be happy to come install a PurpleAir at that location. (The site will need an outlet, reliable Wi-Fi, and a place to mount the device.) Contact Michael Hansen at [email protected] to discuss installing a sensor. 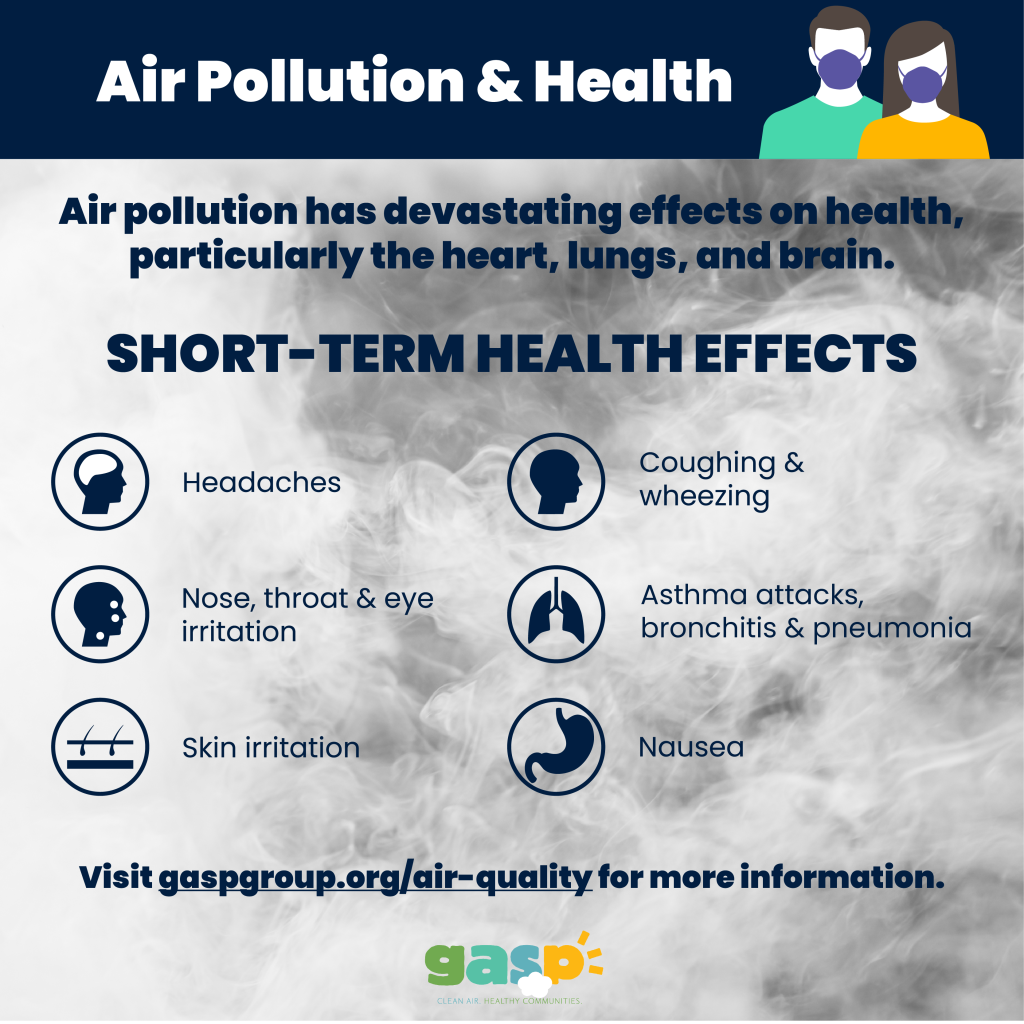 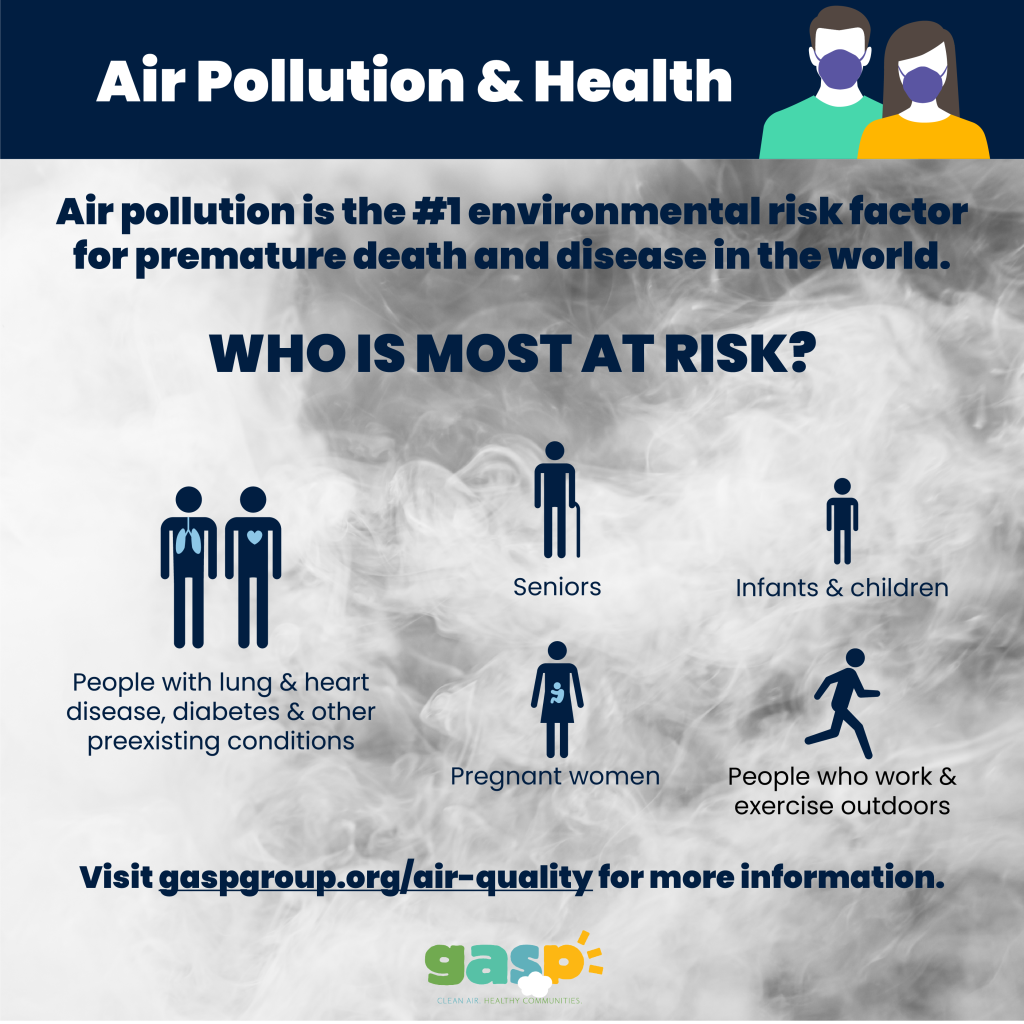 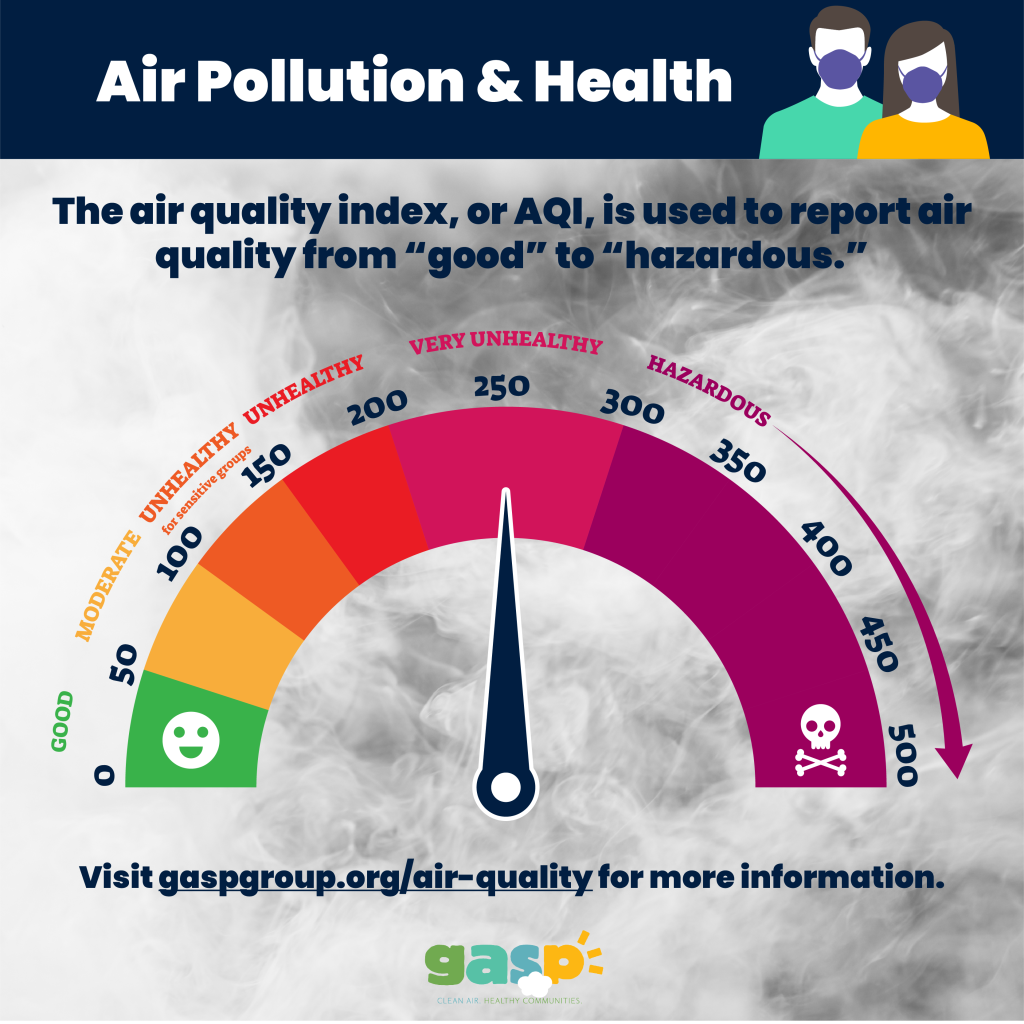 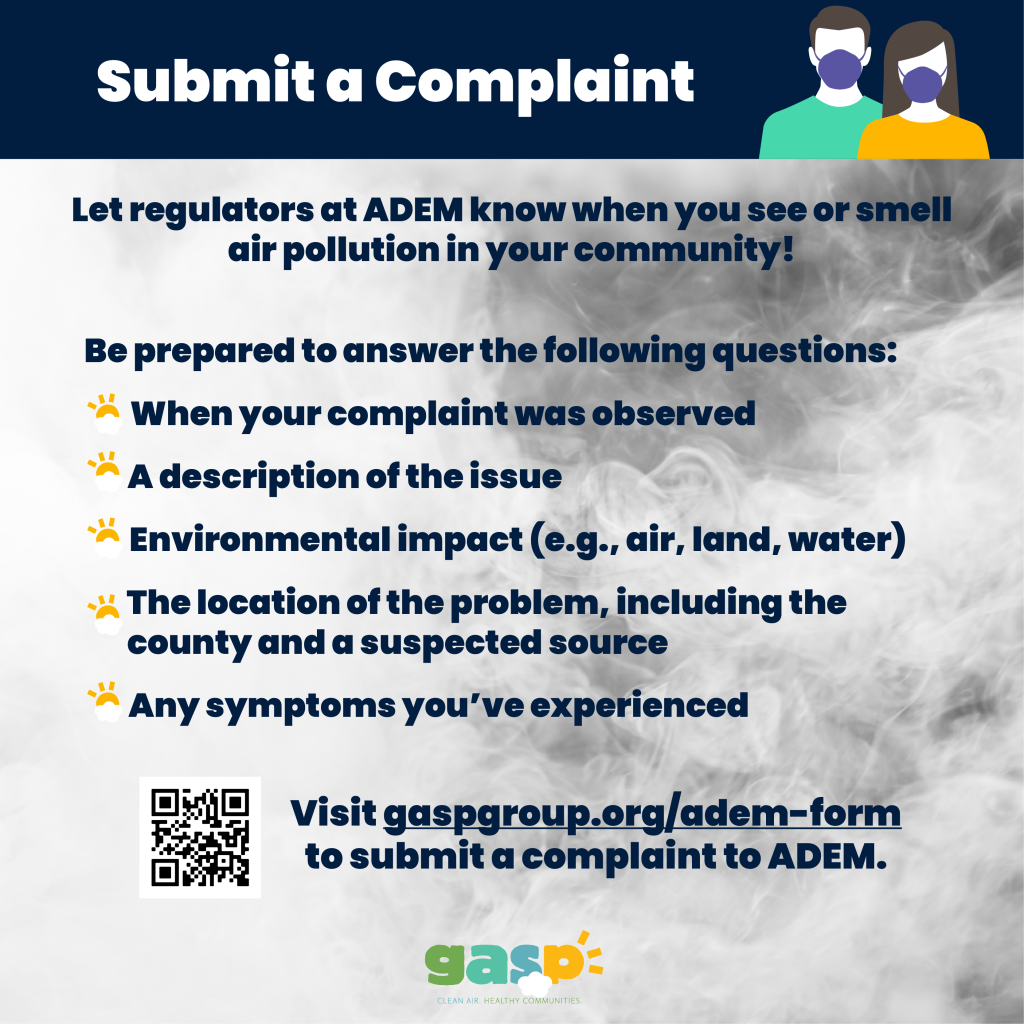