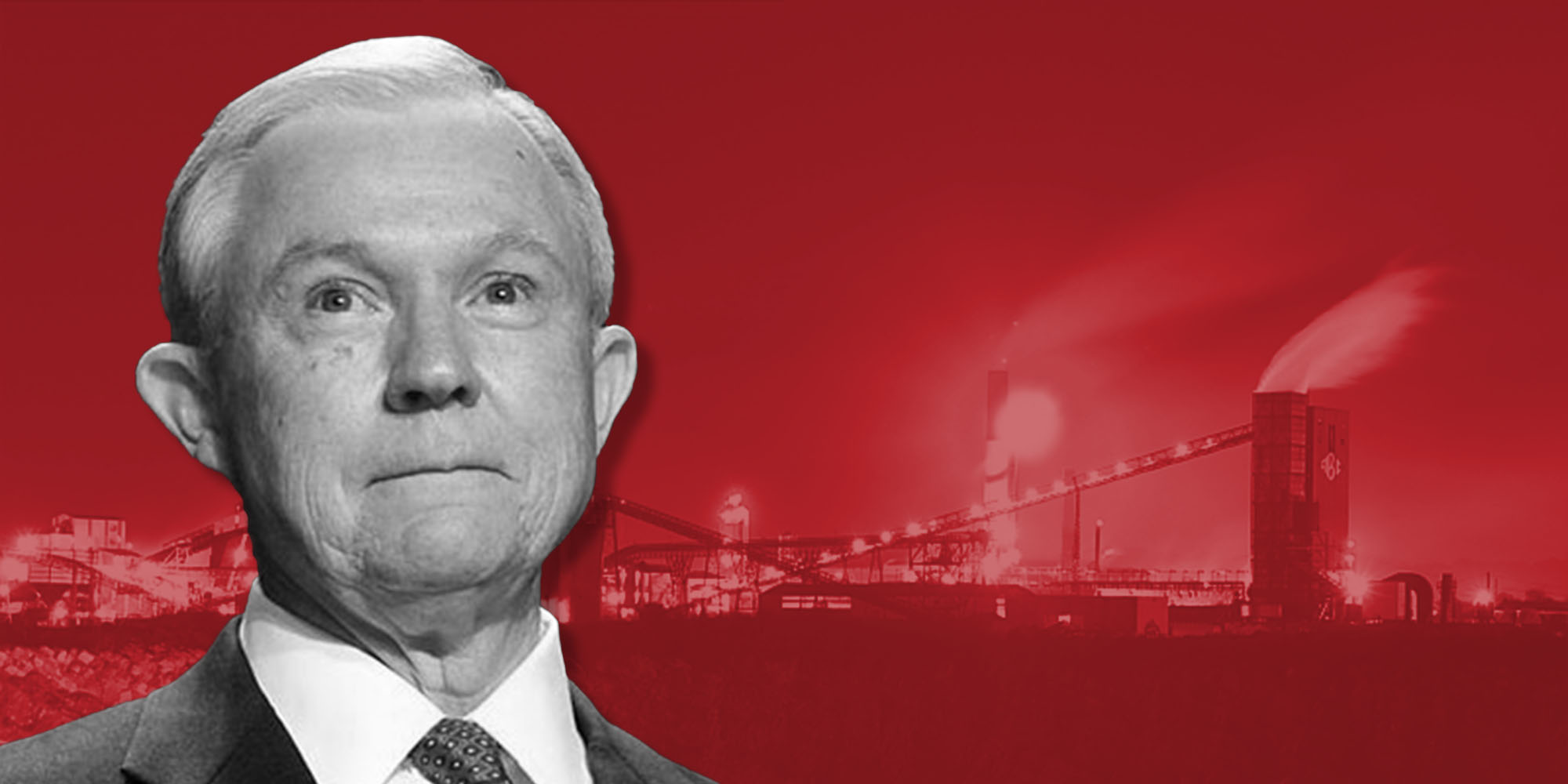 Mother Jones is reporting that Attorney General Jeff Sessions was “deeply involved in coordinating the effort to thwart the EPA cleanup” in north Birmingham — more than we initially thought.

“Not only did his office take the lead on drafting the letter of complaint, it arranged a contentious meeting with EPA officials to press them to back off their efforts to clean up the polluted neighborhood.” (Mother Jones)

The former junior senator from Alabama has for years had deep connections to Balch & Bingham and Drummond Company. The two companies were the second and third largest sources of Sessions’s senate campaign contributions. That’s why we sent a blunt letter to Sessions on August 25, 2017 asking him to recuse himself “from any and all future involvement in the ongoing investigation into public corruption related to the so-called North Birmingham Superfund Site.” Unfortunately, the AG’s office has not deigned to respond to our request. We’ve not heard back in writing or via phone call.

According to Mother Jones, a December 2015 Balch & Bingham newsletter “touted a meeting with Sessions to discuss the 35th Avenue site and predicted a letter, signed by top Alabama lawmakers, would shortly be sent to the EPA expressing concerns over the agency’s methodology when it came to assigning blame.” Sure enough, Sessions, Sen. Richard Shelby, and Rep. Gary Palmer sent exactly such a letter to the EPA.

“I wish I could say it’s surprising how deep and how wide the public corruption goes with this scandal,” says Gasp Staff Attorney Haley Lewis. “I am disgusted at how many people who are supposed to be acting as public servants are going out of their way to go against the public interest in the northern Birmingham and Tarrant communities. If Sessions had to recuse himself from the Russia investigation, it’s even more clear he needs to recuse himself from any investigation into the corruption affecting much-needed relief for the residents of the northern Birmingham communities.”

The North Birmingham Environmental Collaboration Project spans four neighborhoods north of downtown Birmingham: Harriman Park, Collegeville, Fairmont, and North Birmingham. Formerly known as the 35th Avenue Superfund Site, the project began in earnest in 2009 when an EPA air toxics study at three Birmingham schools was at the upper end of the range for acceptable levels of risk. The EPA in 2012 tested over 1,100 properties in the area for semi-volatile organic compounds, metals (e.g., arsenic and lead) and polycylic aromatic hydrocarbons (PAHs), including benzo(a)pyrene, benzo(a)anthrocene, and benzo(b)fluoranthene. This lead to a large scale remediation plan to remove and replace contaminated soil from properties.

The EPA in 2013 named five companies were named as “potentially responsible parties” (PRPs): Drummond Company, Walter Coke (now ERP Coke), KMAC Services, U.S. Pipe & Foundry Company, and Alagasco (now Spire). Typically PRPs negotiate with the EPA to either cleanup contamination themselves or to reimburse the EPA for their “share” of the cleanup costs. The Comprehensive Environmental Response, Compensation, and Liability Act of 1980 (CERCLA) gives the EPA the authority to seek repayment through settlement agreements or through the Justice Department. By January 2014, all five PRPs declined to negotiate with the EPA to assist with the cleanup. Soil remediation efforts began the following month with the 52 most contaminated properties. 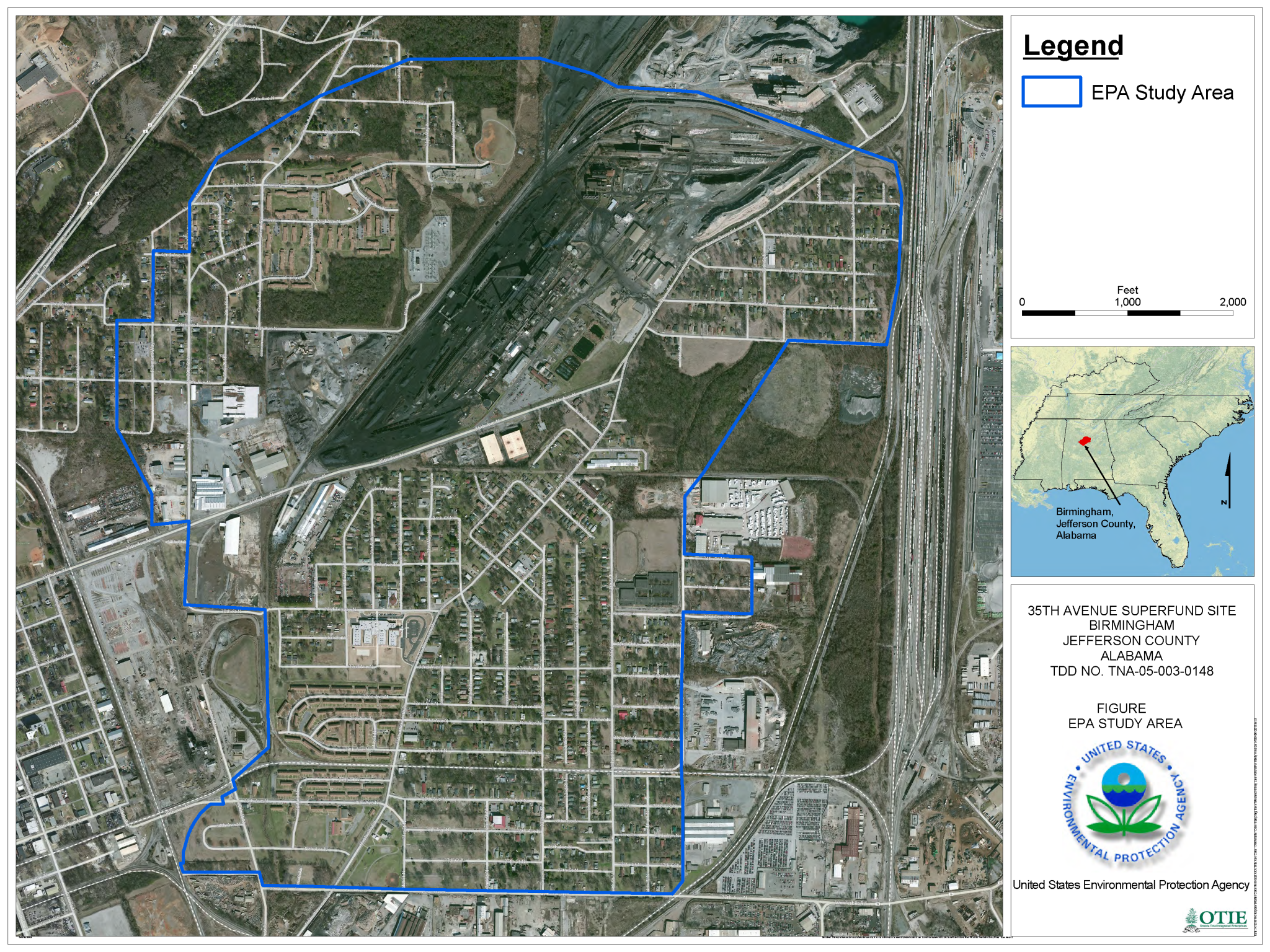 Gasp has been involved with the community since about 2010 when we began attending Community Advisory Board and neighborhood association meetings. Since then, we have assisted residents by providing technical assistance and legal intervention where possible. On April 18, 2014, Gasp filed extensive comments on ABC Coke’s Title V air pollution permit. A few months later, we did the same with the Walter Coke permit.

On August 26, 2014, Gasp petitioned the Jefferson County Board of Health to disapprove the ABC Coke permit and requested a hearing to argue our case. The Board of Health oversees the Jefferson County Department of Health, which is granted authority from the EPA to regulate air emissions in the county. They rejected our request for a hearing, setting off a lawsuit against the Board of Health that eventually made its way to the Alabama Supreme Court — where we won last year. We have yet to have a hearing on the ABC Coke permit, which is up for its five-year renewal next year.

On July 1, 2014, Gasp petitioned the EPA to conduct a site inspection for hazardous substances near the ABC Coke plant in Tarrant, a suburb of Birmingham that was not included in the 35th Avenue Superfund Site boundary. The EPA ultimately granted that request finding grounds for further investigation. In September 2014, the EPA proposed adding the 35th Avenue Superfund Site to the National Priorities List (NPL), which would have unlocked additional federal funding from the Superfund Trust for cleanup efforts regardless of whether or not the PRPs paid their share. Gasp strongly supported this effort and helped community members submit comments advocating for a comprehensive cleanup and long-term community revitalization. The proposal was never approved.

“I am disgusted at how many people who are supposed to be acting as public servants are going out of their way to go against the public interest in the northern Birmingham and Tarrant communities.” (Haley Lewis, Gasp staff attorney)

Meanwhile, some local and state lawmakers were weighing in opposing our efforts. The Jefferson County Commission passed a resolution condemning our work. The mayor of Tarrant, Loxil Tuck, sent a truly bizarre letter (pictured) via utility bills complaining about us to her constituents. State Sen. Jabo Waggoner sponsored a joint resolution (SJR97) in the Alabama Legislature admonishing the EPA for its actions in northern Birmingham. Attorney General Luther Strange wrote multiple letters to the EPA opposing the cleanup work — and received $50,000 in well-timed campaign contributions from Drummond around before and after those letters were sent. The list goes on and on. (The City of Birmingham was dead silent on the NPL proposal.) 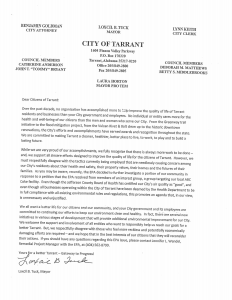 Last year, former-Rep. Oliver Robinson, one Drummond Company executive (David Roberson), and two Balch & Bingham attorneys (Joel Gilbert and Steve McKinney) were indicted by the Department of Justice on corruption charges related to the ongoing environmental cleanup efforts in northern Birmingham. AL.com columnist John Archibald and reporter Kyle Whitmire broke the Robinson story in April 2017 — before he was indicted — detailing how he took more than $130,000 from Balch and Drummond to undermine the EPA’s cleanup efforts and, in particular, Gasp’s work.

Robinson pleaded guilty to the charges and is expected to be sentenced soon, facing up to 100 years in prison. Roberson, Gilbert, and McKinney pleaded not guilty and are awaiting trial. Federal investigators appear to still be trying to gather information.

In light of the latest revelations from the Mother Jones story today, Gasp is renewing its call for Attorney General Jeff Sessions to recuse himself from this investigation entirely.

Ask Jeff Sessions to Recuse Himself

Two powerful lobbyists. One coal company executive. One state legislator. That’s who has been indicted so far in the ongoing North Birmingham corruption investigation. The stakes of the investigation into Drummond & Balch’s pollution-enabling corruption scheme are too high to be trusted to Attorney General Jeff Sessions — a man with an indisputable conflict of interest. Send a letter to Mr. Sessions asking him to recuse himself from this matter.