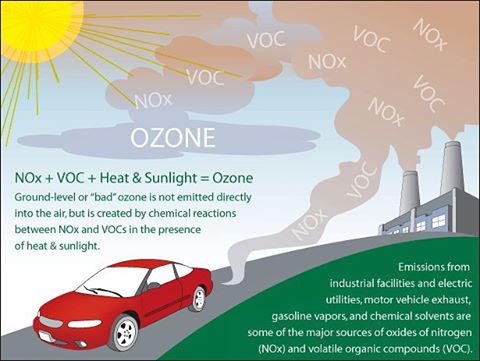 On April 30th, EPA took the next step in the Clean Air Act process to implement the national air quality standards for ozone that were issued in 2015.  After designating most of the U.S. as meeting the standards in November 2017, the Agency is now completing nearly all remaining area designations. Alabama is listed as one of the states that meets the standards (i.e. no nonattainment areas).

We are relieved Alabama has no nonattainment areas. We are also continually grateful for the Clean Air Act, which has enabled vast improvements in air quality. However, as Dr. Ben Branscomb said: “A comparison to the past is the wrong standard for anything you are trying to  evaluate. You evaluate based on what the ideal would be and what the risk benefit ratio is for the distance we are away from the ideal.” A new study suggests that following five decades of progress in cleaning up our air, U.S. pollution gains have slowed significantly in recent years.

Furthermore, reducing outdoor concentrations of two air pollutants, ozone (O3) and fine particulate matter (PM2.5), to levels below those set by the U.S. Environmental Protection Agency would likely save thousands of lives each year, result in far fewer serious illnesses and dramatically reduce missed days of school and work, according to a new analysis conducted by the American Thoracic Society and the Marron Institute of Urban Management at New York University.

Gasp will continue to monitor air quality and push for stronger standards and for an ambient air monitoring network that accurately reflects the air quality issues of the entire state. Although Alabama currently is in attainment for the 2015 standard, we will encourage the EPA, state and local agencies to implement standards more protective of human health and to more dramatically reduce air pollution.

Ozone season officially began 2 days ago and you can keep track of air quality in the Metro Birmingham area by using Gasp’s air quality widget on our homepage.

You can also sign up to receive daily e-mails with real time alerts and forecasts for air quality here.