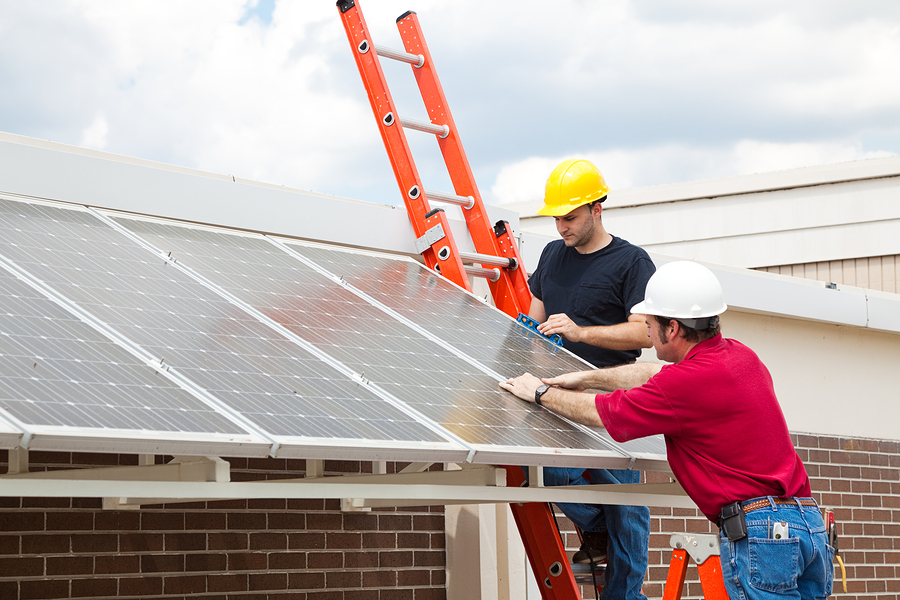 Montgomery, Ala. (April 27, 2018) — Alabama citizens and conservation groups are challenging Alabama Power’s unjust monthly fee imposed on customers who install and use rooftop solar systems to power some of the energy needs at their homes, businesses, and schools.

“While Alabama Power has taken incremental steps toward investing in utility-scale and commercial solar projects, it is imposing significant roadblocks on homeowners and businesses who want the same benefits from investing in solar,” said Katie Ottenweller, Senior Attorney and leader of SELC’s Solar Initiative. “This unwarranted fee is limiting Alabamians’ rights to create solar power on their own properties and reduce their electric bills.”

Based on the size of a homeowner’s solar system, the $5 per kilowatt monthly fee is added on top of other fixed and variable charges that these customers continue to pay each month to Alabama Power.

For a 5 kilowatt solar array, this charge results in an additional $300 charge per year, clawing back about half of customers’ average savings from solar.

The charge puts a huge dent in homeowners’ return-on-investment in a solar system.  The fees alone add about $9,000 over the lifetime of an average 5-kilowatt system and greatly increase the payback period for the homeowner’s investment.

“I was initially interested in installing solar panels because I wanted to reduce my energy use and monthly bills,” said Dr. Jim Bankston, a resident of Tuscaloosa and an Alabama Power customer who is now paying the charges. “But this unfair treatment is an abuse of monopoly power that infringes on the rights of all customers. You shouldn’t be punished for attempting to curb your energy use, just as you wouldn’t be punished for making your home more energy efficient.

The most egregious charge on solar customers by a regulated utility in the country, Alabama Power’s monthly fee is unlawful and continues to suppress solar progress in the state, five years after going into effect.

Similar charges have been proposed and rejected by state public service commissions across the country.  In 2013, Georgia Power withdrew a proposed charge, nearly identical to sister utility Alabama Power’s fee, as a result of public backlash surrounding the proposal.

Other Southern states are enacting policies that clear the way for homegrown clean energy investments, providing savings for homeowners and new job opportunities in solar—an industry that is growing 17 times faster than the U.S. economy. While states like North Carolina and South Carolina have seen an increase in solar rooftop investments, Alabama continues to lag far behind and miss an incredible opportunity for local job creation.

Click here to learn more about how Alabama compares to other states: Alabama Solar: Just the Facts

About Gasp
Gasp is a nonprofit health advocacy organization based in Birmingham, Ala. Our mission is to reduce citizens’ exposure to air pollution, educate the public on the health risks associated with poor air quality, and encourage community leaders to serve as role model by advocating for clean air and clean energy. gaspgroup.org

About Ragsdale LLC
Founded in 1991, Ragsdale LLC has been representing individuals and small businesses in civil lawsuits for 35 years. Using our experience and knowledge of law and the court system, our areas of practice include environmental and pollution claims, personal injury and death, securities fraud and class actions, fraud and contract disputes, and whistleblower claims. www.ragsdalellc.com