Vox, a relatively new, data-driven online media outlet, published an article today with a fascinating headline “The carbon dioxide trapped in your meeting is making you think more slowly”  that we thought we would investigate.

Reporter Joseph Stromberg explains, “An emerging body of research is indicating that the high levels of carbon dioxide and other indoor pollutants that we face in poorly ventilated rooms reduces our cognitive performance and decision-making ability.”

A 2012 study found that CO2, which is found in crowded rooms like, say, a business meeting or conference, resulted in poorer performance on decision-making tests. Other tests have shown similar results.

Though the research is all fairly new and developing, it all points in one direction: poorly ventilated rooms  with higher-than-usual concentrations of CO2 and other indoor pollutants appear to negatively impact our brain function. This is consistent with research on air pollution generally, which has found that certain air pollutants are linked to a host of neurological problems. 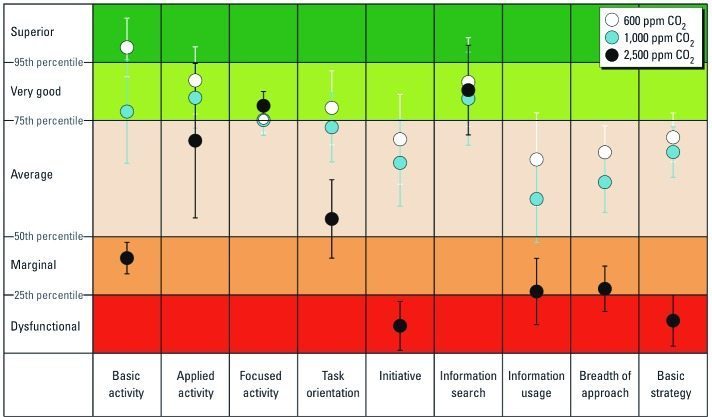 The reason to care about both indoor and outdoor CO2 pollution, according to Dr. Stacie Propst, executive director GASP, is pretty straightforward. “Human beings do not function well when carbon dioxide levels stray from the optimal and narrow range for life on this planet.”

The next time you’re in a long meeting or workshop and feel like you’re not performing at your best, it’s probably not your imagination. It make be a good idea take a walk and get some fresh air. (Besides, research shows sitting all day is bad for your health and that exercise  even walking  improves your overall health and your brain function.)