The Supreme Court today announced a decision hailed by health and environmental advocates as a victory for clean air. The Cross-State Air Pollution Rule is a 2011 Environmental Protection Agency regulation that requires certain states to reduce emissions from power plants that pollutes the air of states down wind.

The rule was put on hold when the D.C. circuit court struck it down. The Supreme Court reversed that decision in a 6-to-2 vote. Ruth Bader Ginsburg wrote the decision, writing, “EPA’s cost-effective allocation of emission reductions among upwind states, we hold, is a permissible, workable and equitable interpretation.”

According to the Wall Street Journal, “The regulation stands to affect about 1,000 power plants in the eastern half of the U.S. that may have to adopt new pollution controls or reduce operations.”

The Cross-State Air Pollution Rule was put into place to enforce a Clean Air Act provision that “requires states to be good neighbors when it comes to air pollution,” the WSJ article explains. The regulation pertains to nitrogen oxide (NOX) and sulfur dioxide (SO2) in particular, which are both linked to increased risk of heart attacks, asthma attacks, bronchitis, and upper and lower respiratory illnesses. 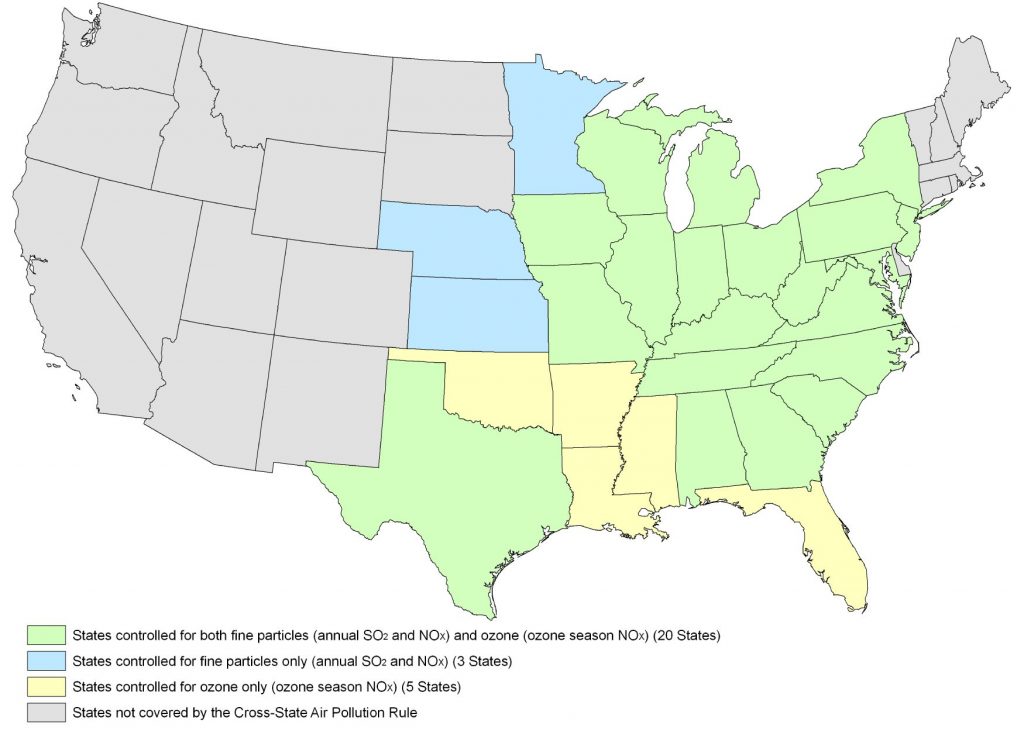 According to the EPA’s website, the pros of the rule far outweigh the cons, resulting in “$120 to $280 billion in annual health and environmental benefits in 2014, including the value of avoiding 13,000 to 34,000 premature deaths.”

This is a significant ruling that will reduce air pollution and, in the long term, improve the health of people who live in areas downwind of pollution from the 28 states impacted by the regulation.

Join GASP to be a part of the fight for clean air here in Alabama.