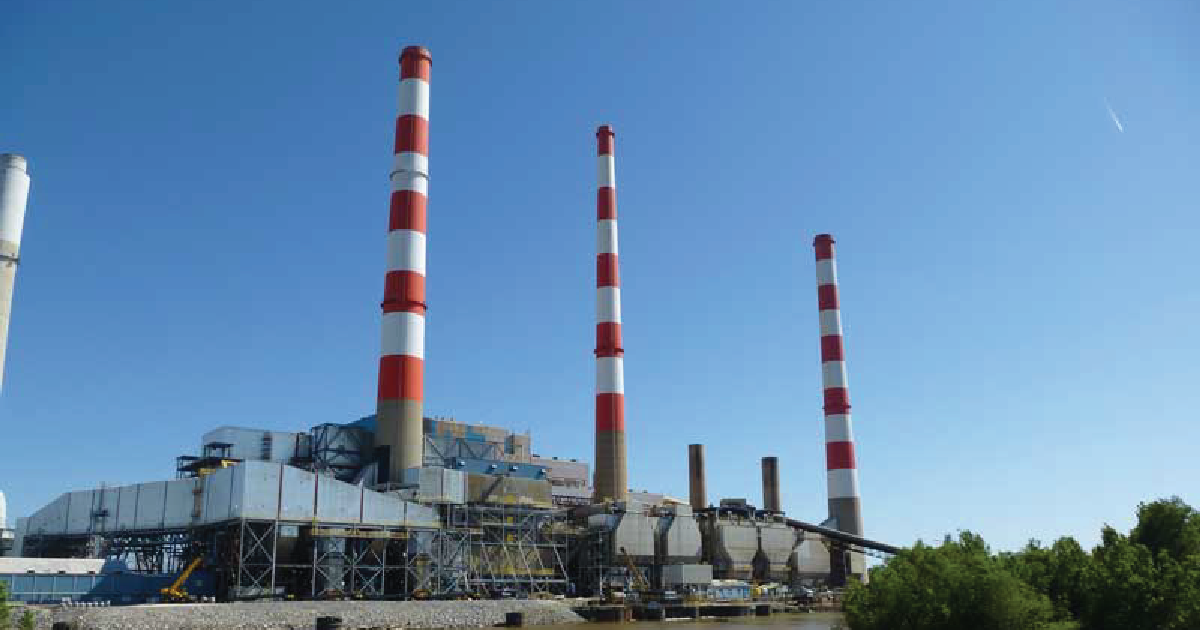 MOBILE, Ala. — Last Friday, Sierra Club and GASP filed a petition with the Environmental Protection Agency (EPA) challenging the Alabama Department of Environmental Management’s (ADEM) issuance of a final Title V Permit for Plant Barry near Mobile. The permit was issued on February 2, 2021.

Sierra Club’s expert analysis found that the permit allows Plant Barry to emit levels of sulphur dioxide (SO2) that can cause exceedances of federal NAAQS rules (National Ambient Air Quality Standard). SO2 is a gaseous air pollutant and major contributor to fine particle air pollution in the United States that numerous studies have shown to be linked to premature deaths. When setting the one-hour SO2 NAAQS, EPA determined that exposure to SO2 in even very short time periods, such as five minutes, causes decrements in lung function; aggravation of asthma; and respiratory and cardiovascular morbidity.

This is not the first time Sierra Club has raised concern about Plant Barry’s air pollution. The Sierra Club filed comments on Alabama’s planned implementation of the SO2 NAAQS standards in 2012 that showed the potential for exceedances that stretched all the way south to Mobile, which is over 25 miles away from the plant.

SO2 pollution impacts communities in the area who already experience the disproportionate consequences of environmental racism and environmental degradation. As the maps provided show, the reach of Plant Barry’s SO2 plume includes a high percentage of Black and Indigenous populations. Additionally, rates of poverty and cancer in this area are elevated. Many members of the public, including Alabama Sierra Club members, raised these concerns in 70 written comments submitted to ADEM. 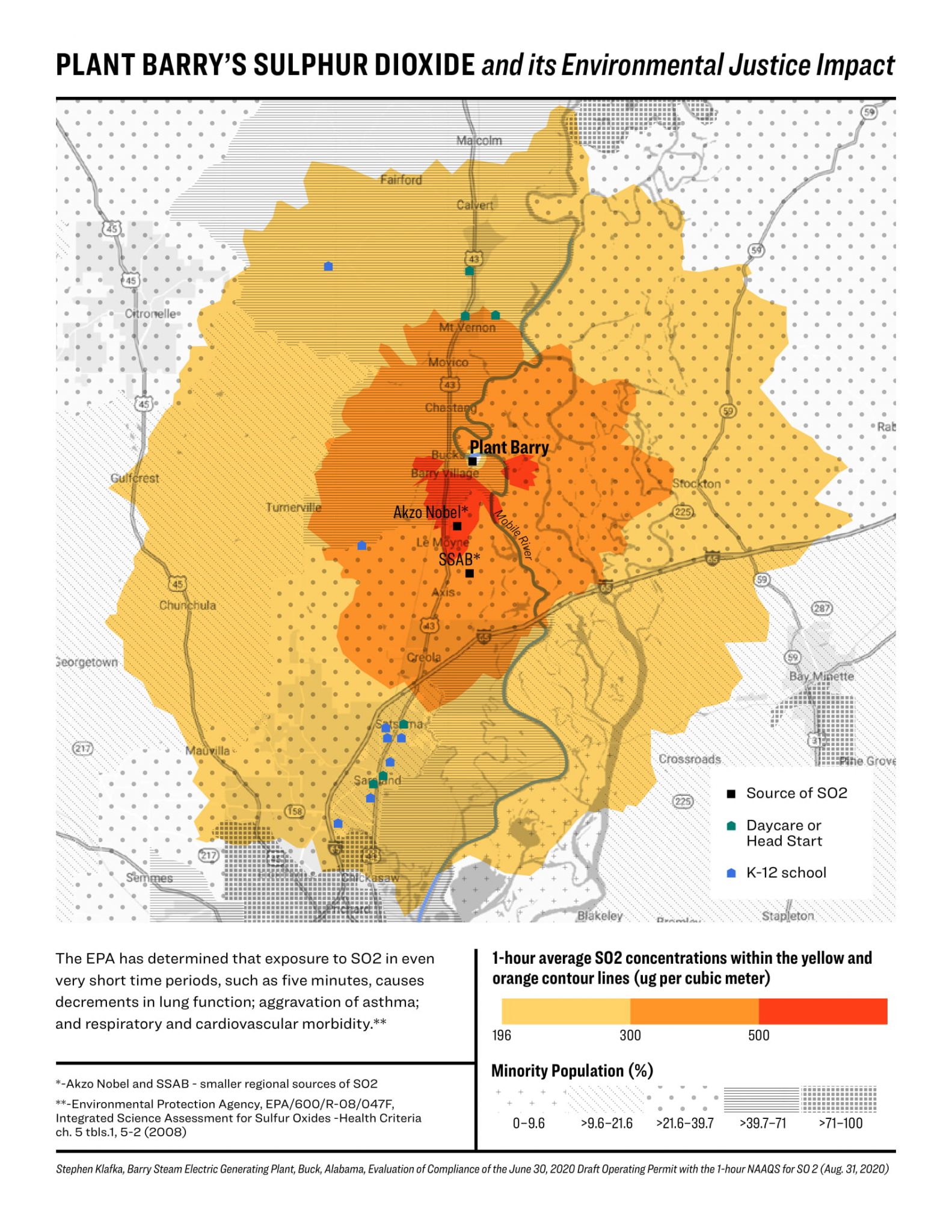 “GASP was founded in 2010 to fight for every Alabamian’s right to breathe clean air. Air pollution is one of the world’s leading causes of premature death and disease. Alabama Power’s coal plants have been polluting our air for decades. As we have detailed in our comments to ADEM and to EPA, there are significant opportunities to reduce these emissions and protect public health. We urge EPA to act expeditiously to curb Plant Barry’s pollution.”

“Plant Barry is an albatross on Mobile County. Its coal ash ponds are an enormous threat to our water and, as our expert analysis demonstrates, its continued dirty coal burning is a threat to our air and subsequently to the health of communities nearby. Unfortunately, Alabama state environmental regulators refuse to actually regulate Alabama Power. We hope that the EPA will step up in their absence. Communities who have to live with the accumulating negative impacts from poor environmental management decisions at Plant Barry deserve better.”

“If Alabama Power was required to account for the true health and environmental cost of operating Plant Barry, it would close tomorrow. It’s past time for Alabama Power to stop relying on dirty fossil fuels to generate power.”

About the Sierra Club

The Sierra Club is America’s largest and most influential grassroots environmental organization, with more than 3.5 million members and supporters. In addition to protecting every person’s right to get outdoors and access the healing power of nature, the Sierra Club works to promote clean energy, safeguard the health of our communities, protect wildlife, and preserve our remaining wild places through grassroots activism, public education, lobbying, and legal action. For more information, visit www.sierraclub.org.

About GASP: GASP is a nonprofit health advocacy organization based in Birmingham, Ala. Our mission is to advance healthy air and environmental justice in the greater-Birmingham area through education, advocacy, and collaboration. We strive to reduce exposure to air pollution, educate the public on the health risks associated with poor air quality, and encourage community leaders to serve as role models by advocating for clean air and clean energy. GASPgroup.org