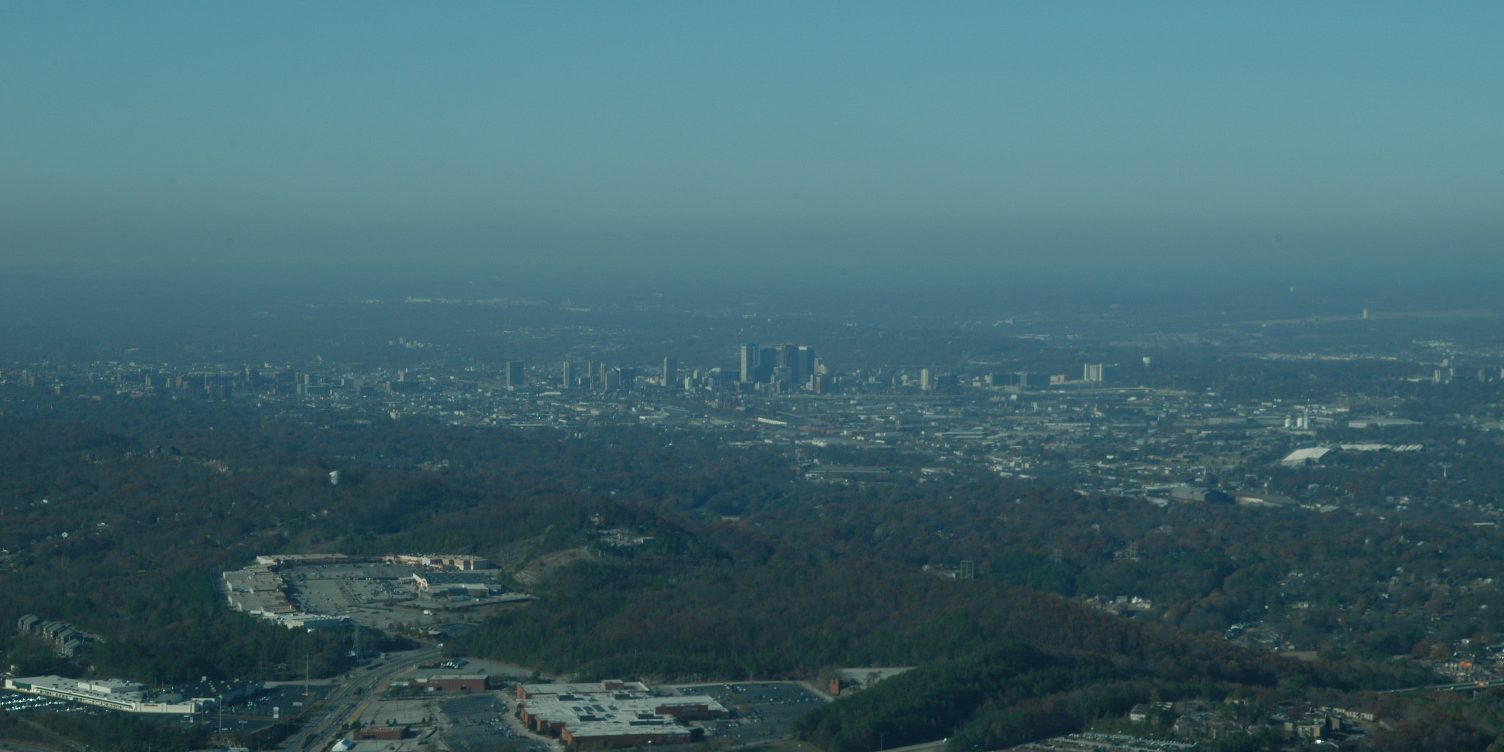 Scientific Advisory Board Pushes Back on Trump’s EPA Rollbacks

I lived in Los Angeles from 1982 through 1986. During that time, I was often homesick for the region I grew up in and was educated in, the Southeast. When I had the opportunity to move back to the area by taking a job at UAB, I jumped at the chance. One of the many things I missed while living in LA was blue sky. I only saw truly blue sky when I traveled out of the city. The sky in LA seemed forever hazy with only a slight blue tinge.

Fortunately, much has changed in the 33 years since I left Los Angeles. Periodically I have returned there and marveled at the current blueness of the LA sky. More people than ever now live in LA, there are more vehicles on the road, but the air is cleaner. California took steps to strictly regulate vehicle emissions and the state’s efforts paid off. LA still has a serious problem with air pollution, as does our own city of Birmingham, but state and local regulations and policies have made a difference. I can literally see it. Unfortunately, this progress has been put in jeopardy by proposals put forward by the Trump Administration.

The Trump Administration has been attempting to roll back environmental protections ever since it came into office. With regard to air quality, vehicle fuel emissions standards were put in place by the Obama Administration that would require an average fuel efficiency of 54.5 miles per gallon by 2025, if the emissions standards were solely met by improving fuel efficiency. In August of 2018, the Trump Administration made a proposal to freeze the standard at 37 miles per gallon.

The Trump Administration has also proposed revoking the legal waiver given to California and other states, which permits them to set their own stringent standards on vehicle emissions. According to a report in the New York Times, the Scientific Advisory Board to the Environmental Protection Agency has posted draft letters online that call into question the scientific analysis that supports Trump’s vehicle emissions proposals, as well as proposals related to water quality and public health research. The Board’s defense of scientific integrity is all the more noteworthy because of the many Trump appointees that are now a part of it. 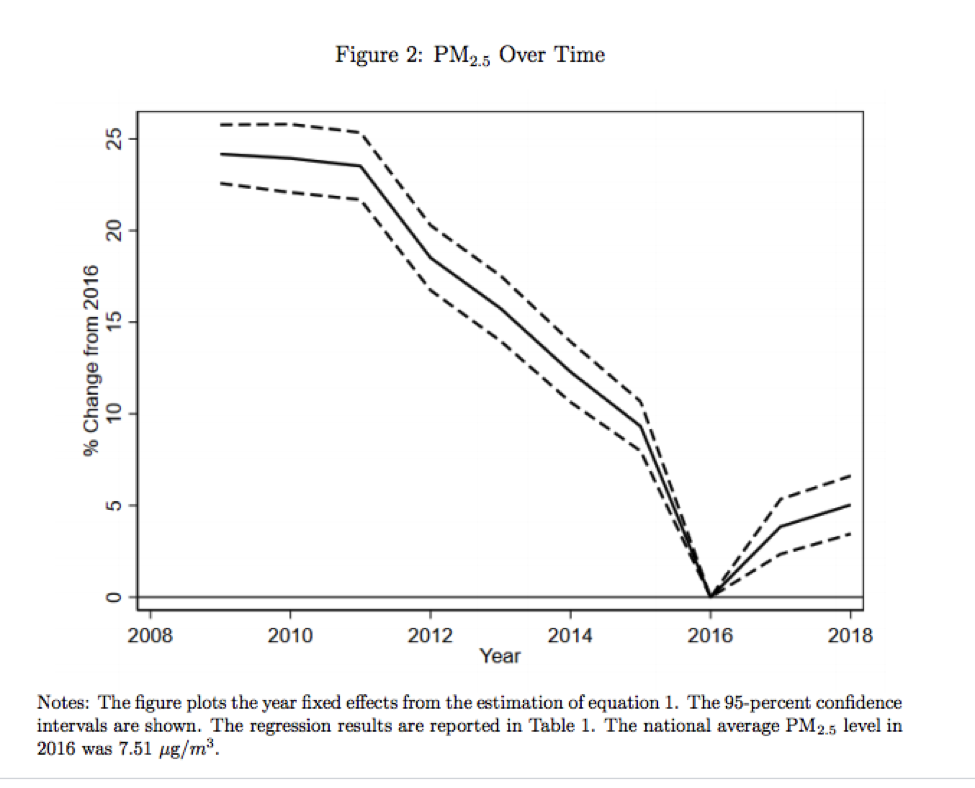 From: Clay K and Muller N. Recent increases in air pollution: evidence and implications for mortality. National Bureau of Economic Research. October 2019. Reproduced with permission from Clay and Muller.

Karen Clay and Nicholas Muller reported in October of 2019 that particulate matter pollution less than 2.5 microns in diameter (PM 2.5) has increased in the US by 5.5% in the years between 2016 and 2018, after a seven year period of decline. Clay and Muller discussed possible causes of this increase, which include increased economic activity, wildfires, and decreased environmental enforcement actions. PM 2.5 is a cause of heart attacks.

The air we breathe needs to be cleaned up, not allowed to get dirtier. Lives depend on it. A colleague’s wife when I lived in LA in the 1980s was diagnosed with lung cancer. As another colleague explained, she had never smoked, but this is something that can happen when pollution is high. Despite the progress made in Los Angeles over the past 33 years, there is much more clean-up that is needed. According to the LA County Department of Public Health, the rate of asthma among African American children living in the LA area was an unacceptable 18% in 2015.

Recent research has linked air pollution with dementia, as Anna Vantsevich discusses in her blog post. Strict environmental standards and strict enforcement of environmental regulations not only make the LA sky blue, they protect our health and that of our children. The federal government needs to assist states like California that are willing and able to clean up their air, not stand in the way. Let us hope that the Trump Administration will listen to the scientific advisors that it selected and reconsider these proposals that will dirty up our air.