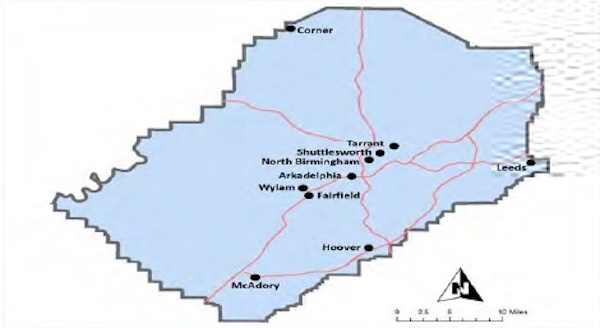 It’s that time of year again: the Jefferson County Department of Health has posted for public comment its 2020 Ambient Air Monitoring Plan. Comments are due June 17th at 4:30 PM.

Like we have done for the past several years, Gasp will comment on the Ambient Air Monitoring Plans put out by ADEM (still waiting on ADEM’s to be posted, but we will alert you once it is) and JCDH. These plans contain any changes that either ADEM or JCDH plan to make to their ambient air monitoring network in that year. The plans are subject to public comment and EPA must approve the Plans.

As usual, we will push for more monitoring and argue against the closure of existing monitors in our comments. We remain especially concerned about pollution in overburdened areas, especially given that small particle pollution has been found to be associated with an 8% increase in the COVID-19 death rate. Monitoring can and does lead to emissions reductions. This is why Gasp fights for a robust monitoring network (and performs community science alongside community members and leaders). Especially during an unprecedented global pandemic, where the risk for death is higher when exposed to more pollution, the fight for environmental justice requires more, not less, air monitoring.