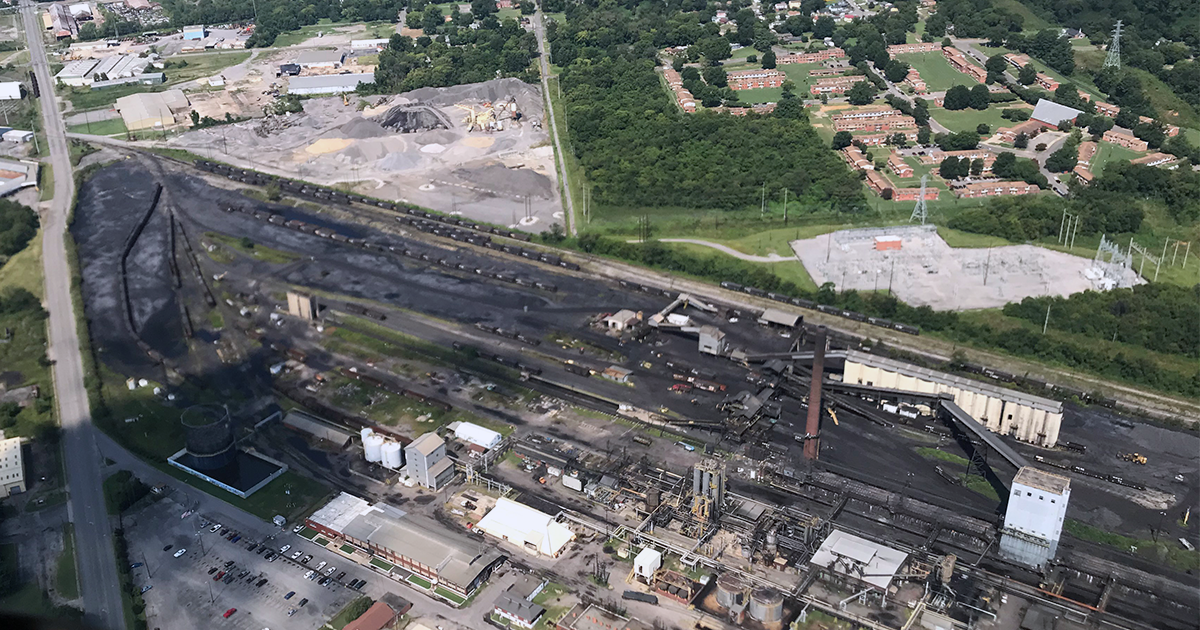 BIRMINGHAM, Ala. — A state circuit court has granted GASP and the Southern Environmental Law Center’s motion to intervene filed by the groups in order to stop ongoing air pollution violations at the Bluestone Coke plant in North Birmingham.

The Bluestone Coke plant has been violating its air pollution permit for over a decade. Residents of predominantly Black neighborhoods near the plant, including Harriman Park, Fairmont, and Collegeville, have been exposed to high-levels of toxic and visible air pollution and noxious odors for years.

The Jefferson County Department of Health recently cited Bluestone for serious violations of its permit intended to protect air quality from hazardous emissions from leaking coke ovens at the plant, which the company failed to address. In August, the Department denied Bluestone Coke’s application to renew its Title V Operating Permit, which is required by the Clean Air Act.

Bluestone appealed the permit denial to the Board of Health and quickly obtained a stay of the denial from the hearing officer, allowing the plant to continue to operate while the permit proceeding is pending. The Department also filed a clean air enforcement action against Bluestone Coke in Jefferson County Circuit Court for longstanding and ongoing violations of state and federal air pollution laws. Today the circuit court granted GASP and SELC’s motion to intervene in this case.

GASP and SELC collected ambient air samples in 2019 and 2020 around the plant for lab analysis, which showed elevated levels of benzene and naphthalene, two toxic air pollutants associated with coking. Many neighbors in the area have a history of heart, lung, and neurological health problems, including cancer.

“Not a day goes by that this pollution doesn’t directly affect me—I’m afraid to let my grandkids play outside during the summer because the air quality is so poor and I worry about their health,” said Lamar Mabry, a lifelong Collegeville resident. “Bluestone Coke should not be allowed to operate at the expense of my family’s quality of life.”

“Bluestone Coke must be held accountable for its reckless behavior, which has continued to subject thousands of neighbors to hazardous air pollutants,” said GASP Executive Director Michael Hansen. “It is imperative for the people living in Harriman Park, Fairmont, Collegeville, and beyond that Bluestone Coke is finally forced to take responsibility for its actions that flout the rule of law. We cannot compromise when it comes to peoples’ health and wellbeing.”

“The Jefferson County Department of Health’s actions are encouraging steps forward to address the Bluestone Coke plant’s long history of violations,” said SELC Senior Attorney, Sarah Stokes. “We want to ensure that any compliance plan for Bluestone protects surrounding communities who have borne the brunt of this pollution, and that all civil penalties and corrective measures are required to prevent future violations.”

About Southern Environmental Law Center
The Southern Environmental Law Center is one of the nation’s most powerful defenders of the environment, rooted in the South. With a long track record, SELC takes on the toughest environmental challenges in court, in government, and in our communities to protect our region’s air, water, climate, wildlife, lands, and people. Nonprofit and nonpartisan, the organization has a staff of 170, including 90 attorneys, and is headquartered in Charlottesville, Va., with offices in Asheville, Atlanta, Birmingham, Chapel Hill, Charleston, Nashville, Richmond, and Washington, D.C. southernenvironment.org