BIRMINGHAM, Ala.- Gasp, a Birmingham-based health advocacy nonprofit, has given the Birmingham Public Library (BPL) 19 DVD copies of “Toxic City: Birmingham’s Dirty Secret,” an award-winning documentary about the impact industrial pollution has on area citizens.

Gasp produced “Toxic City” in 2014 to shine the light on how individuals in Collegeville, North Birmingham, other communities in the northern part of the city, and Tarrant are impacted by hazardous industrial pollution. The 26-minute documentary explores how the issue arose as well as possible solutions to the problem. Watch a preview here. 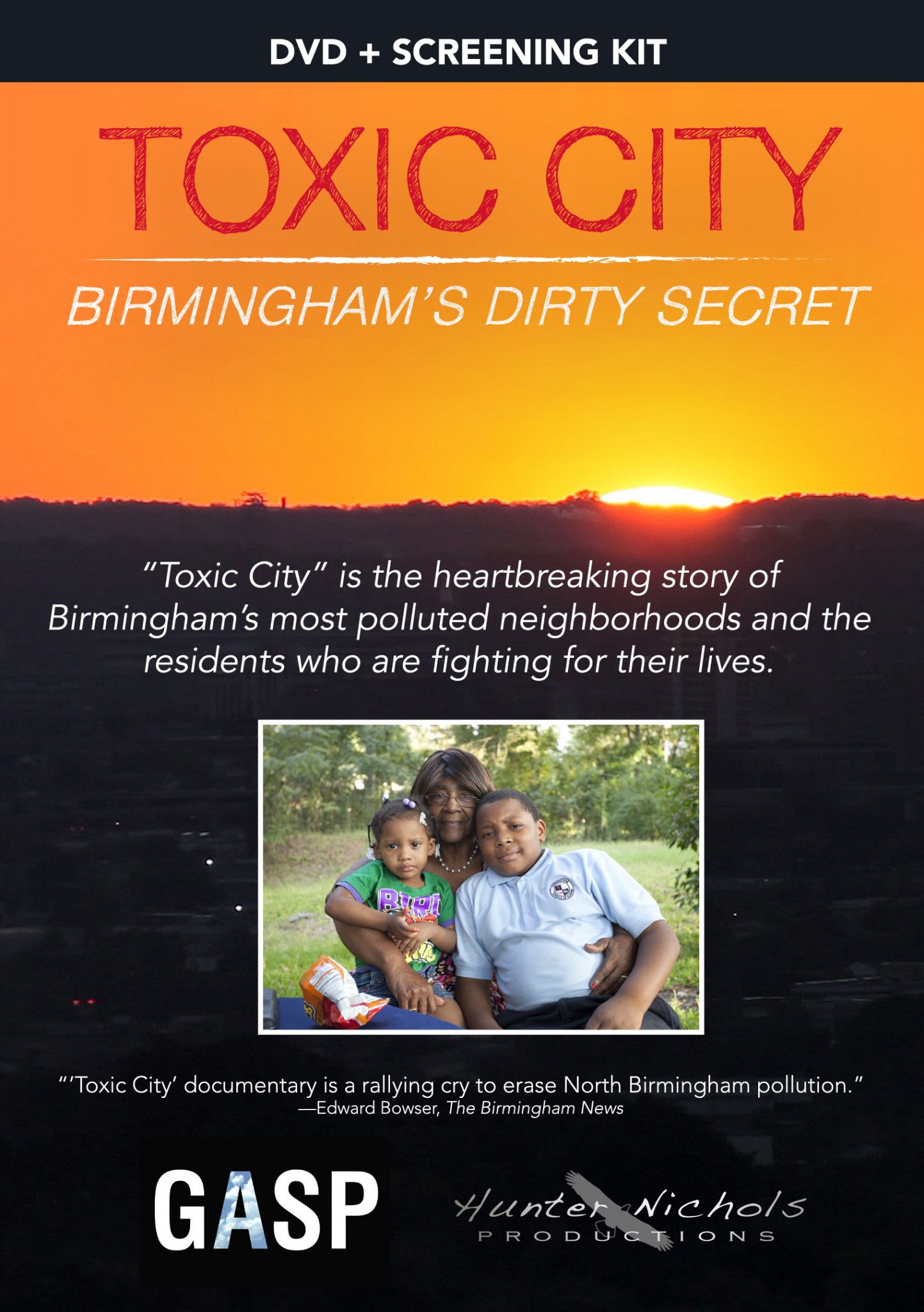 Founded in 2009 as Alabama First, the organization changed its name to Gasp in 2010 to honor the Greater Birmingham Alliance to Stop Pollution, a group formed in 1970 by young activists, students, public health professionals, elected officials, and the University of Alabama at Birmingham to bring attention to Birmingham’s air pollution problems that created a public health crisis.

Michael Hansen, executive director of Gasp, hopes the donation will help educate more citizens of Birmingham about the dangers of industrial pollution. The 19 DVDs will be distributed to all 19 locations across the city in the BPL system. A screening of “Toxic City” was first held at the North Birmingham Regional Branch Library when it was released in 2014.

Sandi Lee, interim director of BPL, said the 19 libraries in the system are appreciative of the DVD donations. “Toxic City” is a teaching tool and Gasp wanted to make sure that it was available to as many people as possible, Hansen said.

“Educators have been using these DVDs since 2014 to teach students about health, environmental justice, the legacy of toxic pollution, and the lingering effects of segregation,” Hansen said. “Now the film will be accessible to everyone through the 19 branches of the Birmingham Public Library.”

Hansen said air pollution is the world’s single greatest environmental health risk factor for premature death, killing more than 5.5 million people a year. A recent study named Alabama’s air quality as fifth-worst in the nation. According to Gasp, communities of color and lower incomes are disproportionately affected by pollution.

The “Toxic City” donation is the third major DVD gift to BPL in 2016. In early December, the Southern Environmental Law Center and Black Warrior Riverkeeper donated to BPL 19 copies of the 2016 version of “Southern Exposure,” a documentary educating the public about Alabama’s natural resources. In July, Jenna Roberts of Decatur gave BPL five books and 19 DVD copies of “Cowspiracy,” an acclaimed documentary promoting a vegan lifestyle.

For additional information about the programs and services of the Birmingham Public Library, visit our website at www.bplonline.org and be sure to follow us on Facebook and Twitter @BPL. The mission of Birmingham Public Library is to provide the highest quality library service to our citizens for life-long learning, cultural enrichment, and enjoyment. This system—with 19 locations and serving the community for 130 years—is one of the largest library systems in the southeast.