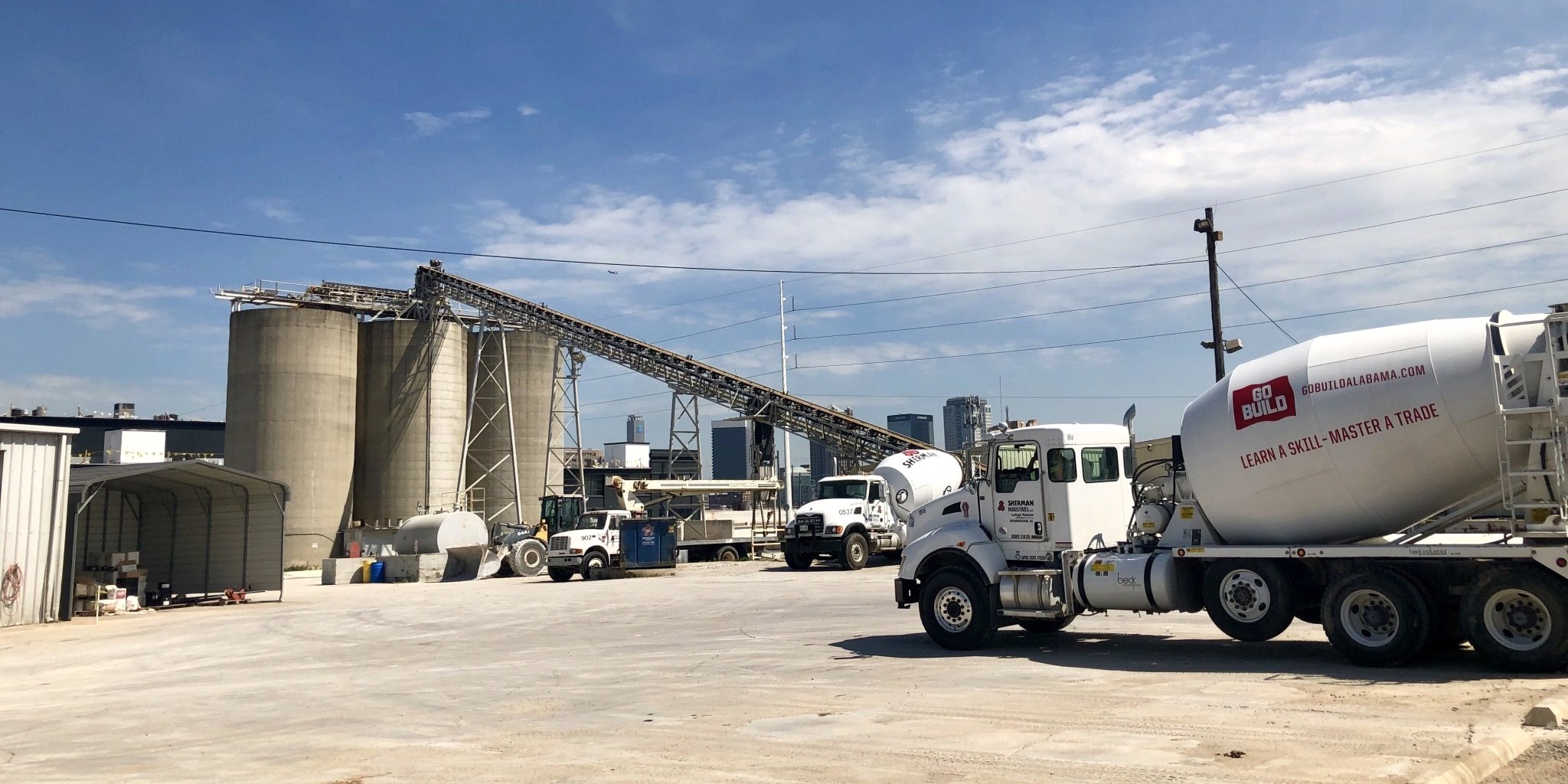 ‘What’s Up With that Sherman Concrete Plant?’

‘What’s Up With that Sherman Concrete Plant?’

Recently, there has been a lot of buzz about Sherman Industries relocating one of its concrete batch plants from Five Points South to Five Points West. This news broke after the company requested an air pollution permit from the Jefferson County Department of Health on April 14. Around the same time it was revealed that the Southside site was proposed to be rezoned for a mixed-use development by Birmingham POD, LLC, which Bham Now reports is connect to a Denver company called Residential Ventures.

What is a concrete batch plant?

Concrete is made from water, cement, and aggregate (such as sand, crushed stone, slag, fly ash). A batch plant — or batching plant — is just the name of a facility where those ingredients are combined to make concrete.

What’s the main air pollution concern with a concrete plant?

The primary pollutant of concern is particulate matter, or PM. Also called particle pollution, PM is made up of tiny solid particles and liquid droplets in the air. PM comes in many different shapes and sizes and can include everything from acids (such as nitrates and sulfates), organic chemicals, and metals, to microscopic bits of soil, pollen, and dust.

Concrete batch plants have a reputation for creating significant amounts of fugitive dust, which consists of tiny crushed up bits of things like sand, silica, aggregate, cement, and metals. Fugitive dust is not emitted from the manufacturing process itself but is rather distributed into the air through other means. In other words, it’s not what you would see coming out of a smoke stack, but instead what you’d see blowing around the property — hence the term “fugitive.” According to the EPA, fugitive dust accounts for 92% of the coarse particle pollution (PM10) in the United States.

Where does fugitive dust come from?

Some of the most common sources of fugitive dust at concrete batch plants include transfer of the aggregate material to the site; truck and/or equipment loading; aggregate storage piles; and traffic to, from, and near the site.

Does a “minor source permit” mean there’s nothing to worry about?

Air pollution is leading environmental risk factor for premature death and disease in the world. Because particulate matter is microscopic, it can be inhaled into your lungs and can negatively affect the heart, lung and even brain health. Research has shown that particle pollution is linked to neurological diseases like dementia, Parkinson’s Disease, and multiple sclerosis. It also stunts the cognitive development of children and can permanently damage the brain. Exposure to air pollution is linked to stroke, heart disease and other cardiovascular health issues. As little as 15 minutes of exposure to particle pollution can result in an increase in blood pressure. Finally, The most obvious symptoms of air pollution exposure come from the respiratory system. Asthma, COPD, lung cancer, and numerous other lung diseases are known to be directlly linked to breathing dirty air. There is no safe level of exposure to particle pollution.

Who is the most at risk?

In general, the people most at risk to the harmful effects of air pollution are children, seniors, pregnant women, and people with preexisting health troubles like asthma, COPD, and diabetes. In addition to those vulnerable groups, research has consistently shown that people of color and low-income families are disproportionately burdened by air pollution. In fact, Birmingham ranks in the top 15 urban areas with the largest disparity in air pollution exposure between whites and nonwhites, placing an undue burden on poor communities and people of color. Clean, healthy air is a right, and one’s skin color or socioeconomic status shouldn’t determine their opportunity to live a healthy life.

What can I do?

Attend the Department of Health hearing on June 6 mentioned above and voice your concerns about Sherman’s draft air permit. Talk to your City Councilor about what they’re doing to proactively prevent things like this from happening again, especially without consulting with the community first. If you’re opposed to the re-location, call Sherman and ask them to consider a different location not in the heart of a densely populated residential area.

By the way, how do I report air pollution concerns in Birmingham?

Whether you see a plume of smoke or smell something, you should always report that instance of air pollution. If you have air pollution concerns in your community and you live in Jefferson County, this is how to get those complaints on the record: