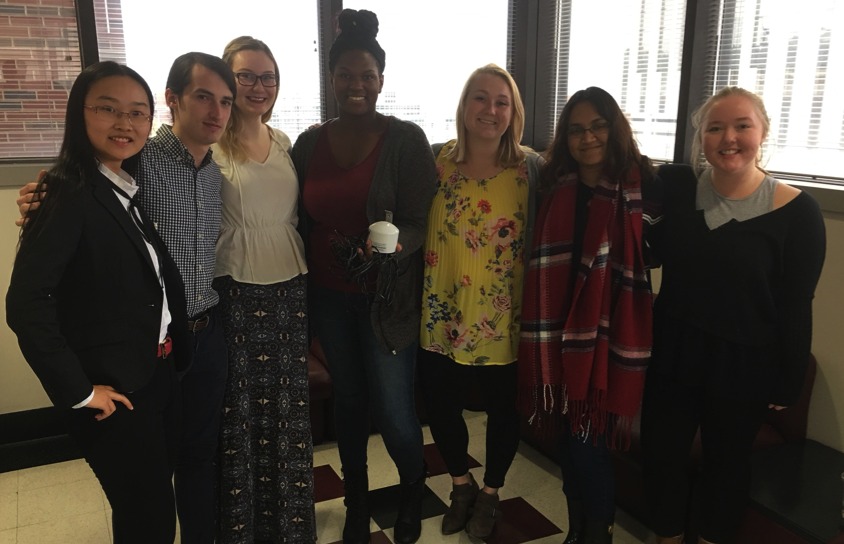 We are a group of students in UAB’s School of Public Health, and we had the opportunity to work with Gasp for a service learning project during the 2017 Fall semester. Gasp is implementing a citizen scientist program that will empower communities by allowing them to monitor the air that they breathe while at home, work, or play. We assisted Gasp by performing two mini air quality studies to demonstrate the practicality of such a program.

We were also tasked with determining which air monitor would work better for everyday air quality monitoring. Both monitors use lasers/LED lights to determine amount of particulate matter pollution in ambient air; imagine visible dust particles floating in a beam of light. Particulate matter is a mixture of fine particles in the air that can cause adverse health effects. 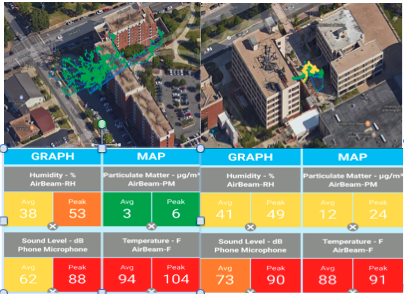 Pictured are maps and the particulate matter measurements for both Blount Hall (left) and the nursing construction site (right).

After about a few weeks of data collection with AirBeam, we switched to the PurpleAir monitor. We quickly discovered a downside of this device; it can only monitor air quality from a fixed location because it must be plugged into an outlet. PurpleAir also requires an open wifi network to connect with the database. Because of these limitations, we placed the PurpleAir monitor at University House, one of the apartments close to Railroad Park in Birmingham.

Table 1 and Table 2 are the data which we collected during that time. We compared air quality at different time periods during the day. As the results showed, poor air quality occurred more frequently during evenings because of the abundance of traffic and trains. 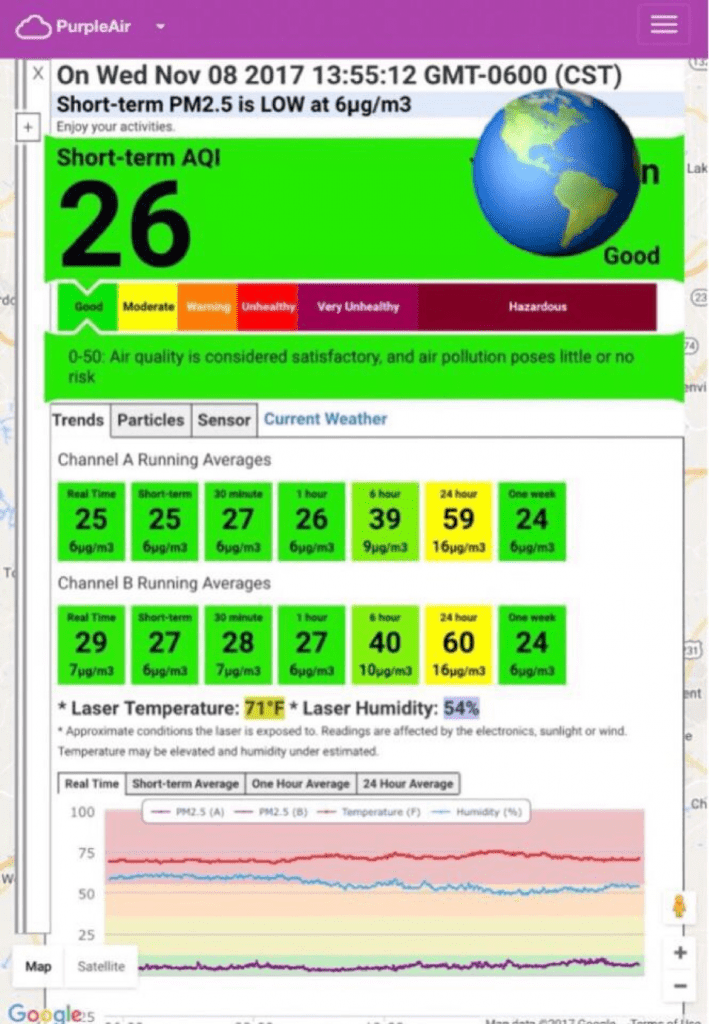 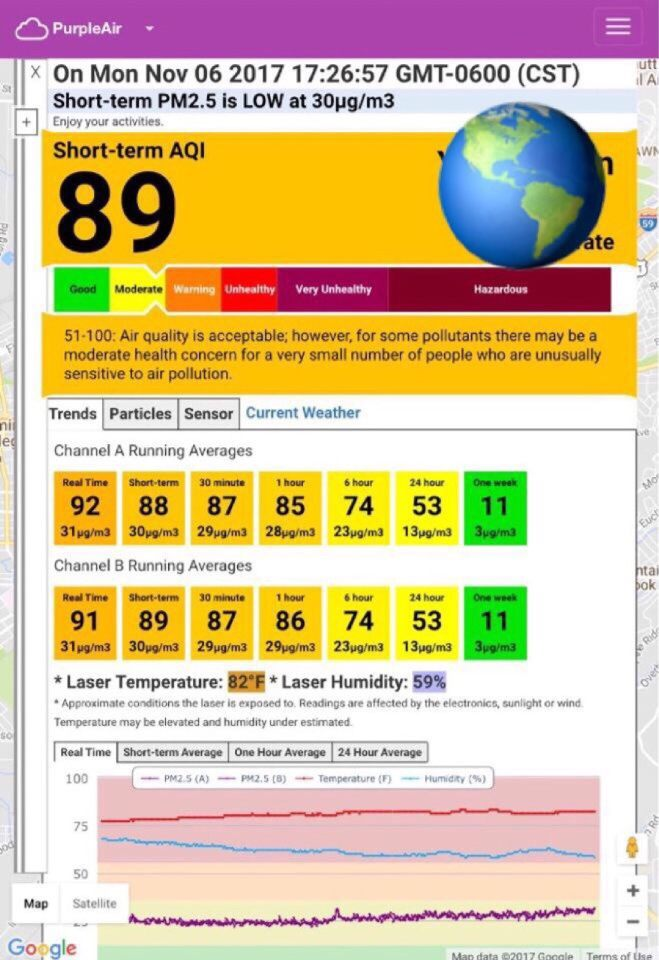 This is where the data is collected and analyzed from the PurpleAir. There is less particulate matter at 1 pm as opposed to 5 pm.

As we completed our air study, we determined that a citizen science program is completely feasible for a city like Birmingham. We also recommend that Gasp should invest in AirBeam over PurpleAir.

Our team’s study was the trial period for AirBeam, and it worked successfully for us. We think that citizen volunteers from the Birmingham area could easily participate in this project, provided they’re given minimal training on how to set up the air monitors beforehand. Collecting accurate data is easy once AirBeam is set up.

Through our time collecting data and working with the monitors, we have determined that the monitor best equipped to handle this level of citizen science program is the AirBeam. The AirBeam is user-friendly and does not require a direct power-source at all times, unlike its PurpleAir counterpart. It also can send data to its app via Bluetooth, which made the data more readily accessible to my group and Gasp.

While the AirBeam is the more expensive of the two, we have determined that it is cost-beneficial and can certainly be used by everyday citizens. This project has been fulfilling in the sense that we feel we are making a difference by collecting useful data for Gasp, while encouraging others to join us in becoming “citizen scientists.”