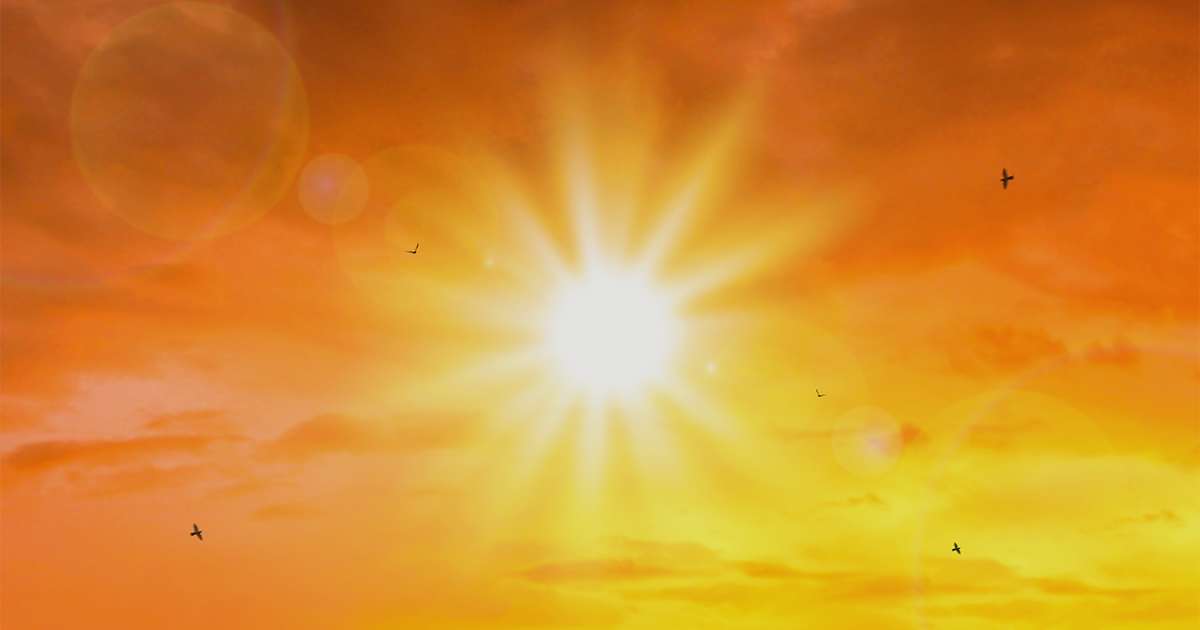 The Sun Is Crying

I am afraid to be outside for the first summer in my 25 years. A few weeks ago, I thought this was another season of excessive smiles, “positive vibes,” and the resurgence of cutoff shorts. That was before I realized the danger was beaming directly on nature lovers’ crowns. Being a Taurus, I am, to my core, an earth enthusiast. While the critters and dirt, native to the lands, scared me, I’ve always envied those who can immerse themselves without fear. I’ve added a new fear this summer, the sun. I remembered in grade school learning you could never peer directly into the sun without retaining damage to your precious retinas. It made me sad to know I would never be able to gaze upon the beauty that lit my world every day. I woefully underestimated it until I attended an outdoor music festival in Atlanta, Georgia, this past May.

I remember sitting in the amphitheater that day, embracing the light and love emitting from the stage, along with the glow of the summer sun. An R&B singer entranced the crowd with an angelic voice that melted away all worries. Something suddenly changed as I sat in the amphitheater listening to the songs. I felt hot. Extremely hot. Something to know about me is that I am rarely hot. I don’t sweat much unless enduring strenuous activity, but sitting down and minding my business would usually never worry me. I didn’t break a sweat or feel sticky on my skin. Instead, only my head felt hot. I felt my head tingle and my vision enclosed around me, becoming a tunnel of black with only a glimmer of light at the end.
I attended the concert with a friend and opened my mouth to ask, “Are you hot or just me?”

“Yeah, it is hot,” he replied, focusing back on the music.

I realized I hadn’t even heard myself speak. I could only focus on the beat of the music rattling through my chest and the tingle of the sun. I tried closing my eyes, thinking if I just relaxed, maybe I could tune out the heat. I don’t know how I thought one could ever ignore the blaze of southern heat, but I told myself it was all a mind thing. I could cool off if I just meditated through cooling thoughts. I thought wrong. No amount of sunscreen or mirages of waterfalls was enough to protect me. It felt as though my head was a cracked egg on pavement and was scrambling sunny side up. I had to get out of there. I immediately stood up and beckoned my friend.

He looked up at me, puzzled but immediately followed as I walked towards the first shaded area I saw, which happened to be closer to the stage. The beat of the music rattled harder within my chest. It was too much. I was still tingling, and the shade was not enough. Water! Water! NOW! My body begged me. I sprang into action without a word sprinting to find the nearest exit. I had to get out and get water. I managed to find a kiosk that had a bar. I overlooked the shame I would usually have from ordering only water at a fully stocked bar once the bartender told me,

I began to panic as the bartender instructed me to try the concession stands. Something was wrong. The heat was unlike anything I had felt before. I ran to the front of the line apologizing in my head to the disgruntled queue of concertgoers. I banged on a closed window until a server pried it open.

My friend tried asking me if I was ok as we waited for the server to return. I tried explaining that I was too hot. By that point, anxiety had taken over, and the tingling sensations had moved throughout my body. I did everything I could think of to try to cool myself quickly. The server returned with three water bottles, and I thanked him profusely. As I guzzled the water, I thought of home. I wondered if it was as hot in Birmingham as it felt in the heat sink venue. Was there water readily available to anyone outside? Had it always been this hot? I couldn’t remember growing up in heat that was as intense or ever feeling this way in my childhood. I hadn’t even broken into a fierce sweat, yet I was hotter than ever. Ultimately, I would beg two more workers for shade and air before crying my way into a private tent to sit in front of an industrial fan.

I cried not only for myself about how terrible I felt but also for those who had no way of escaping the heat. Ten other attendees around our seats fainted at that concert, most from overexposure to the sun. I would return home the next day to ask my family if they had ever experienced heat exhaustion in their childhoods. My older sister told me she was not surprised by my story because a heat advisory was issued that weekend in Birmingham. I had never seen anything like it in the summers before. How much hotter would it be tomorrow? Next summer? In ten years? I vowed never to underestimate the sun again and brace myself for the heat of summers to come.

About Madison Naves
Madison Naves, Storyteller, is a graduate of The University of Alabama where she majored in Communications with a concentration in News Media. While attending UA, Madison served as a writer for the university’s student-run newspaper, The Crimson White. She enjoys meeting new people, traveling, and creative storytelling. Madison's interest in journalism comes from her desire to showcase unheard stories from people that are meaningful. Email Madison