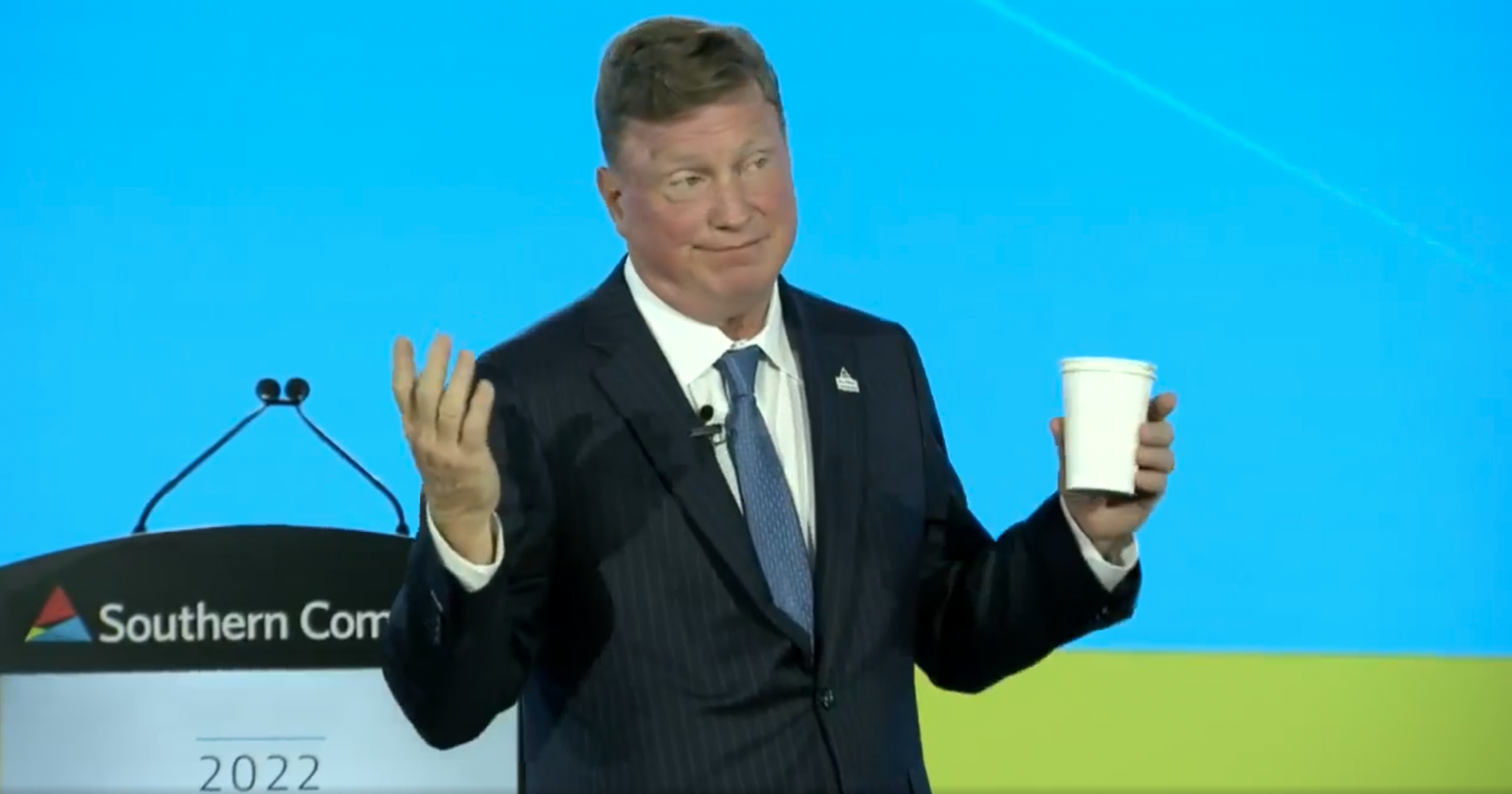 Last week, I attended the annual meeting of Southern Company shareholders along with several colleagues from across the company’s footprint in Mississippi, Alabama, and Georgia. (Thanks to Southern Alliance for Clean Energy for allowing me to attend as a proxy for the shares owned by the organization.) I’ve attended this meeting several times over the past decade. I’ve always had a good time at the meeting; Southern Company does an excellent job in hosting these gatherings. The hospitality is always top tier, the breakfast and lunch are on point, and the coffee flows freely. Tom Fanning, CEO of Southern Company, is one of the best — if not the best — natural politicians I’ve ever interacted with one-on-one and from a stage.

However, as an advocate for environmental and climate justice, that’s where the good times end. I have always found Mr. Fanning’s responses to questions during the latter half of the meeting to be lacking in substance and honesty. His is more the way of “truthiness,” a term coined by comedian Stephen Colbert to describe things people in power say that aren’t necessarily entirely accurate but that “feel” true. It’s not that I’m calling him a liar or anything comparable. It’s just that his natural political charm obscures the nuance of issues and muddies waters that needn’t be muddied.

Rather than go on and on about my feelings about Mr. Fanning’s credibility, I thought instead it would be more interesting to share the question I drafted for him with GASP supporters and readers of the Clean Air Journal. Below is the entirety of what I drafted along with video of his response.

At this meeting two years ago, you unveiled Southern’s net zero decarbonization goal. Reaching that goal relies heavily on carbon removal technologies, such as bioenergy with carbon capture and sequestration. How do you reconcile your company’s recent history with negative emissions experiments — like the disastrous clean coal experiment at Plant Kemper — with this pledge? How also do you reconcile your 2050 timeline with Southern Company’s history — having contributed more greenhouse gases to the climate crisis than many entire countries. It is a moral imperative for this company to move faster than the bare minimum science requires.

Furthermore, how do you justify your operating companies’ doubling down on fossil fuels — such as Alabama Power investing more than a billion dollars in new fossil gas, a move that can be described as RE-carbonization? How does Alabama Power’s aggressive “sun tax,” which disincentivizes customers from utilizing solar power on their own homes, churches, and businesses by charging so-called “capacity reservation charges,” comport with your pledge?

The coal-fired Plant Miller, just outside of Birmingham, the nation’s top or #2 contributor to greenhouse gas emissions in the country and a major source of pollution in the greater-Birmingham area. When can Alabamians expect to see a plan to close Miller?

Earlier you bragged, rightfully so, about Southern Company’s returns on investments and dividends. Those profits for the company and shareholders are on the backs of poor and marginalized communities in Mississippi, Alabama, and Georgia, who pay some of the highest bills in the nation. Yeah yeah, I know, the companies have rates near the industry average. But people pay bills, not rates. So I’m struggling to understand how all of this jives with your pledges and values. I am constantly being fed ads from Georgia Power about the roadmap to decarbonization. The point here is that there is a disconnect between what you’re saying on stage and pledging to investors, versus what we are living on the ground in reality.

Since I was representing SACE at this meeting, I felt it was not appropriate for me to read the following comments and questions. However, I’m sharing them anyway as I feel like the issues they raise are worth consideration.

Shifting gears a bit, with regard to your earlier “Moving to Equity” report: Southern Company and its operating companies spend millions and millions of dollars every year on political contributions and lobbying. You opened this meeting talking about your values as a company in light of the unspeakable tragedy yesterday in Texas.I have to ask, do you understand that the same politicians that Southern Company and (its operating companies) donate to and the lobbyists you hire are obstacles to reforms that are needed to prevent those tragedies. And on a personal note, they’re also the same politicians and lobbyists responsible for bills like “Don’t Say Gay” and dangerous anti-trans bills that are passing in our states. All of this flies in the face of the Company’s supposed values and commitments to diversity, equity and inclusion.

Lastly, you commented just a moment ago that if people behave unethically, “they’re gone,” quote unquote. If that’s true, Southern and Alabama Power has some work to do. For years, you have employed companies like Balch & Bingham and Matrix, both of which have been caught up in just the kind of scandals you enumerated earlier. Will you commit to stop doing business with these companies?