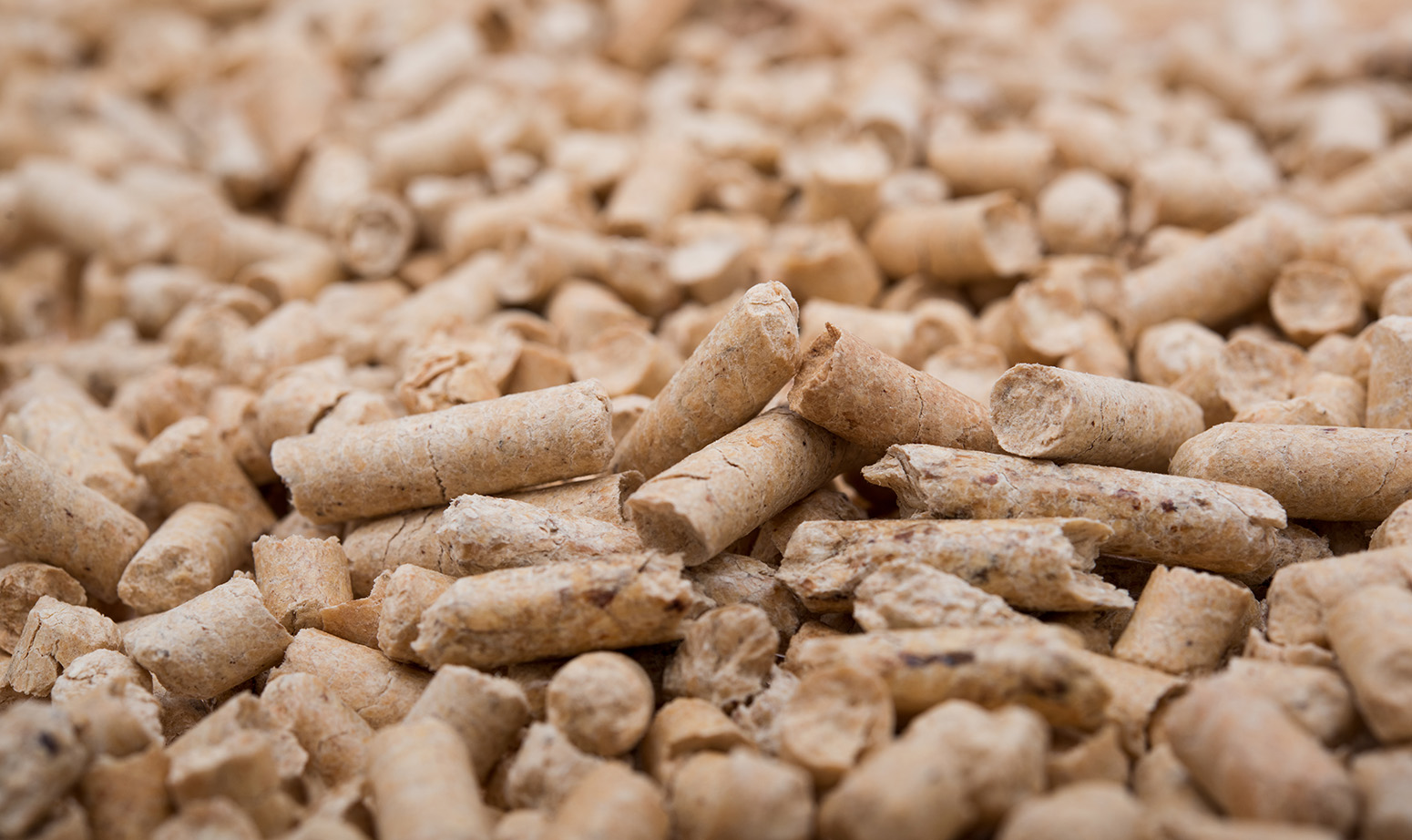 Washington, D.C. (April 26, 2018) — A booming new industry that cuts down forests in the U.S. South to generate electricity in Europe, under the false pretense that burning wood pellets is carbon neutral, releases vast amounts of dangerous and illegal air pollution, including in Alabama, according to a new report by the Environmental Integrity Project. Alabama has three large wood pellet plants today, but that number is expected to double.

“Cutting down forests to burn to generate electricity is not in any way ‘green’ or carbon neutral – and in fact, creates a large amount of air pollution,” said Patrick Anderson, co-author of the EIP report, titled, “Dirty Deception.” “Even if the trees are replanted, not all survive – and those that do will take decades or centuries to grow to the same size, and therefore the same carbon dioxide absorbing potential of the trees that were eliminated.”

The report’s authors examined federal and state records for 21 wood pellet plants from Virginia to Texas and concluded that one third of them (7 out of 21) violated their permits in 2017 by releasing illegal amounts of air pollution, while another four had faulty permits issued by states that failed to require pollution control equipment required by the federal Clean Air Act.

Overall, more than half of the wood pellet plants (11 out of 21) either failed to keep emissions below legal limits or failed to install required pollution controls, according to the report.

The federal budget bill signed by President Trump on March 23 contains a provision that encourages more burning of wood pellets like this for electricity, with an inaccurate claim that the “biomass” industry is good for the climate.

“With the Trump Administration and Congress now encouraging this crazy notion that clearcutting forests is helpful to the environment, it’s important that we have an accurate accounting of just how much air pollution these wood pellet plants actually produce,” said Anderson, an attorney with Powell Environmental Law, which wrote the report for EIP. “The records show that the biomass industry releases not only millions of tons of greenhouse gases, but also tons of soot particles that can trigger asthma and heart attacks, as well as carcinogens and smog-forming pollutants.”

The wood pellet industry has grown almost 10-fold in the U.S. since 2009. It is being driven by a loophole in the European Union’s carbon accounting system that is based on the mistaken notion that burning wood is carbon neutral and therefore good for the climate, because replanted trees absorb carbon dioxide. In fact, replanted trees take many decades to grow enough to absorb as much carbon dioxide as the trees cut down for the industry, and not all the saplings survive.

In the midst of the industry’s fast growth, relatively little attention has been paid to the high levels of air pollution generated by wood pellet manufacturing plants, emissions that can trigger a wide array of health and environmental problems.

In Alabama, there are three wood pellet plants, the largest of which are Mohegan Renewable Energy (formerly Lee Energy Solutions) near Birmingham, and Zilkha Biomass, near Selma. Three additional new mills are proposed in the state. According to federal and state records, the three existing plants together annually release 499 tons of soot (fine particle pollution that triggers asthma and heart attacks), 999 tons of volatile organic compounds (which contribute to smog), 584 tons of nitrogen oxide air pollution (which feed low-oxygen “dead zones” in the Gulf of Mexico), and 649,836 tons of carbon dioxide (which contributes to global warming.) These pollution totals are expected to roughly double if the three new plants are built, as planned.

“While the wood biomass industry masquerades as ‘renewable energy,’ these plants are releasing dirty pollution into the air we breathe,” said Michael Hansen, Executive Director of a Birmingham-based nonprofit called GASP that is devoted to fighting for clean air. “Air pollution is the single greatest environmental risk factor for premature death and disease in the world — and those hurt the most are kids, seniors, pregnant women, and people suffering from chronic diseases.”

Across the U.S., the Environmental Integrity Project investigation found that 21 U.S. wood pellet mills currently exporting to Europe emit a total of 16,000 tons of health-threatening air pollutants per year, including more than 2,500 tons of particulate matter (soot), 3,200 tons of nitrogen oxides, 2,100 tons of carbon monoxide, and 7,000 tons of volatile organic compounds. These plants also emit 3.1 million tons of greenhouse gases annually, according to the study.

Other key findings of the report:

“It’s time for states to pump the brakes on an industry that has been deceiving investors, decision-makers, and communities from day one — whether it’s misleading the public about their wood sourcing, evading community input in the permitting process, or skirting clean air quality standards,” said Emily Zucchino of the Dogwood Alliance, a nonprofit that works to protect Southern forests and communities from destructive industrial logging. “State governors and agencies need to do right by communities, instead of allowing companies like Enviva to continue to grow unchecked which harms public health, forests and the climate.”

One of the most troubling trends in the wood pellet industry discussed in the report is that facilities that should face the most rigorous air permitting standards are actually the least controlled and dirtiest.

Contrary to that legal requirement, states allow construction of the country’s largest wood pellet manufacturing plants without controls, or with inadequate controls, for volatile organic compounds (VOCs), an air pollutant that causes smog and respiratory problems.

This is despite the fact that extremely effective VOC controls capable of reducing emissions by 90 to 95 percent are in widespread use at similar wood pellet manufacturing plants. For instance, in North Carolina, wood dryers at two recently permitted wood pellet factories owned by Enviva Biomass emit nearly six times more VOCs and 50 to 60 times more hazardous air pollutants than comparable facilities with appropriate pollution control systems.

“This industry is creating a public health hazard that can easily be avoided – because we already have the technology available to filter and capture this air pollution,” said Keri N. Powell, co-author of the EIP report and Director of Powell Environmental Law. “The solution is for states to enforce the law and require wood pellet plants to install the best available technology.”

In other instances, states allow facilities to emit air pollution well beyond legal limits for years at a time, according to the “Dirty Deception” report. In Mississippi, Florida, and North Carolina, state permitting authorities continue to allow wood pellet manufacturing plants to emit well above a 250 ton per year threshold before facilities are required to install air pollution controls.

For example, the Drax wood pellet plant in Amite County, Mississippi, near McComb, emits more than 900 tons per year of VOCs – more than three times the amount that normally triggers a requirement for the installation of best available pollution control equipment.

The report makes several recommendations for addressing the problem, including:

For a copy of the report, visit www.environmentalintegrity.org

QUOTES FROM LOCAL RESIDENTS CONCERNED ABOUT THE INDUSTRY:

Mississippi: “It is past time for the Mississippi Department of Environmental Quality to step up and protect the public health and safety of Mississippians from this pollution source as required by law,” said Louie Miller, State Director of the Sierra Club’s Mississippi Chapter. “Mississippi should not be known as the ‘cheap date’ for polluting industries.”

Texas: “Residents who live in Woodville, TX, near the pellet factory have grave concerns about the repeated fires at the plant, and they report health problems that went away once it closed,” said Robin Schneider, Executive Director of Texas Campaign for the Environment. “It’s time for environmental officials to take this bull by the horns and treat these issues with the seriousness that they deserve.”

Florida: “The Enviva Mill in Jackson County (near Panama City) has been violating the Clean Air Act for years by emitting hundreds of tons of unlawful and dangerous air pollution,” said Jennifer Rubiello, State Director of Environment Florida. “It’s time for Florida to step up and require Enviva to install legally-required air pollution controls, just as Georgia and Alabama have done for similar facilities. Not only are Enviva Mill’s actions against the law, but in this day and age when we have the technology to keep our air clean, there is no reason not to protect the health of all Floridians.”

Georgia: “Georgians have first-hand experience with the dangers posed by this industry,” said Vicki Weeks, Georgia State Coordinator for the Dogwood Alliance. “Their plants are typically sited in poor rural areas where communities with little access to effective health care are being hard hit by their unchecked air pollution.”

North Carolina: “The non-stop pollution, dust, noise, and truck traffic the Enviva pellet mill brings to Northampton County is a grave injustice to this community,” said Belinda Joyner founder of Concerned Citizens of Northampton County. “They have no respect for the people who live here, and they give nothing back – so we demand action.”

South Carolina: “Entire communities across the South are waking up to the damage these rapacious pellet companies are doing to our environment,” said Alectron Dorfman, chairman of Lakelands Citizens for Clean Air. “In the Lakelands area of Greenwood and Laurens Counties, the dramatic increase in production and pollution at the Enviva plant in Columbo is cause for great concern among our citizens for the quality of our air and the future of our forests.”

The Environmental Integrity Project is a 15-year-old nonprofit, nonpartisan organization, based in Washington D.C., dedicated to enforcing environmental laws and holding polluters and governments accountable to protect public health.