“The current report and other studies suggest that further improvement in air quality may have beneficial public health effects.”

This month, a study of the long-term effects of air pollution found that improving air quality also improves the respiratory function of children.

The seemingly obvious conclusion is an outcome of the University of Southern California’s Children’s Health Study, one of the “largest and most detailed studies” of the health effects of dirty air. The research was published in the prestigious New England Journal of Medicine.

According to the CHS website, researchers found found that: 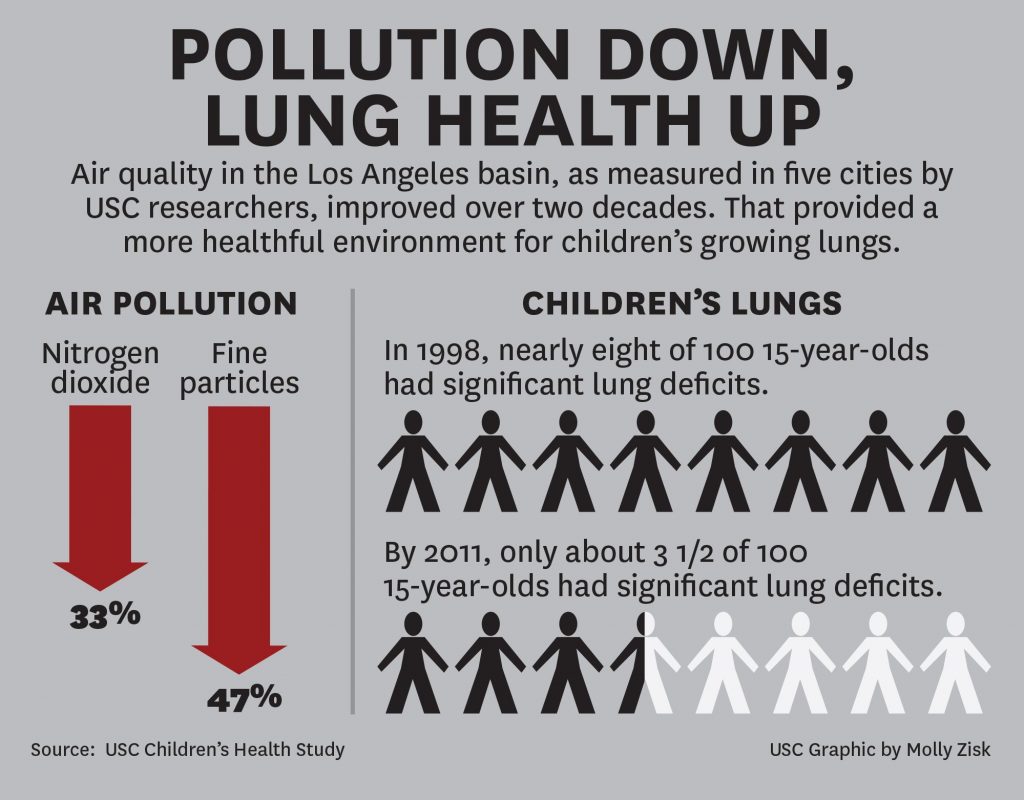 What does all this mean? Well, for starters it means that reducing air pollution does improve public health and quality of life. In an editorial for the Journal, Douglas W. Dockery and James H. Ware write:

In other words, the fact that we are breathing cleaner air than we were 40 years ago is a good thing. But we aren’t as healthy as we could be yet, and reducing air pollution more will have positive impacts on our health and quality of life.

Alabama’s children and grandchildren deserve the chance to live a healthy life. One of the greatest gifts we can give future generations is clean air. Will you join GASP today and help us fight for our right to breathe healthy air?