But now alarming new studies are connecting exposure to brain health. Specifically, researchers have found a correlation between breathing fine particulate matter and an increased risk of developing Alzheimer’s disease and other forms of dementia.

Scientists at the University of Southern California studied the cognitive health of women between the ages of 65 and 79 for 10 years. They found that those who were exposed to elevated levels of particle pollution had nearly double the risk of developing dementia. The risk triples for women who carry a genetic variant known as APOE-e4, which puts them at higher risk for developing Alzheimer’s disease.

The link between genetic predisposition to Alzheimer’s and exposure to particle pollution from mobile sources (cars) and power plants, for example, suggests much more needs to be done to protect vulnerable populations.

The study’s senior author Jiu-Chiuan Chen says that air pollution may account for one-in-five dementia cases worldwide if their findings hold up. Neurologist Caleb Finch, one of Chen’s colleagues and fellow study authors, believes air pollution “will turn out to be just the same as tobacco—there’s no safe threshold.” 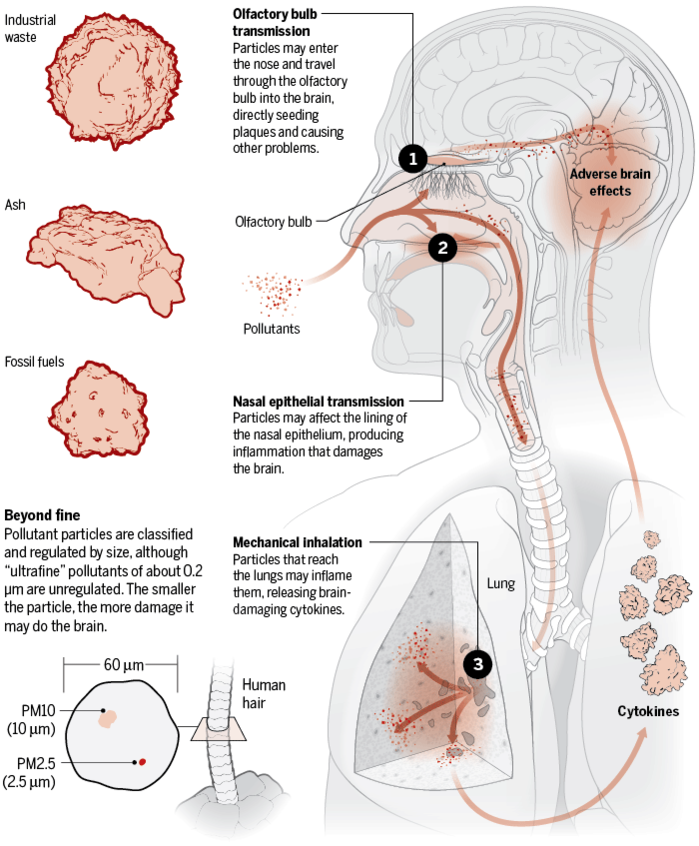 This research is especially troubling in light of the attacks on the Environmental Protection Agency and  the Clean Air Act in recent weeks by lawmakers in Washington (including Alabama Rep. Gary Palmer), as well as the new administration. Rolling back regulations designed to protect public health could have devastating impacts on vulnerable populations like women, children, older adults, and people with chronic diseases.

According to Chen, an environmental health specialist, at USC says, “If people in the current administration are trying to reduce the cost of treating diseases, including dementia, then they should know that relaxing the Clean Air Act regulations will do the opposite.”

To support this project, consider making a tax-deductible donation.