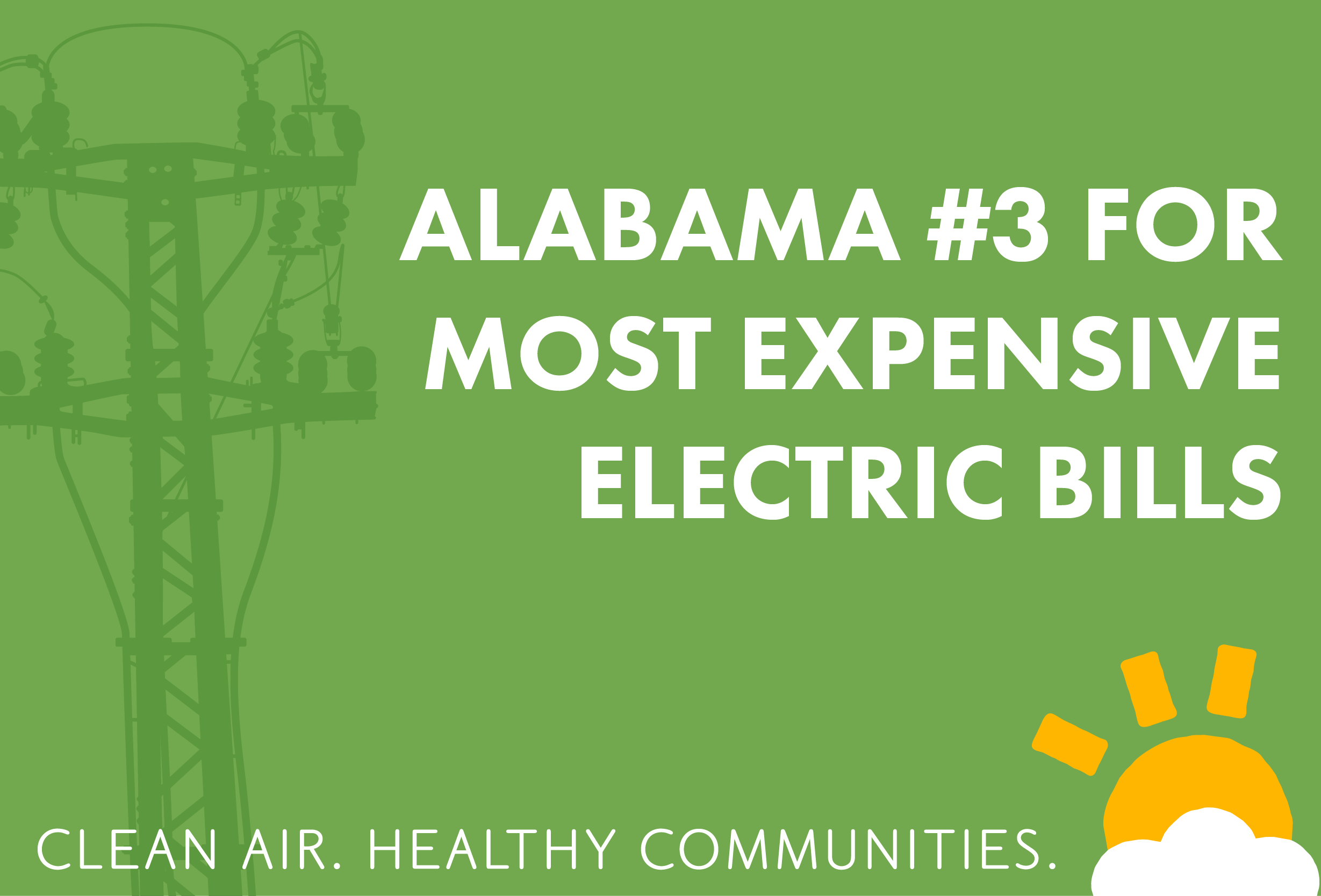 Alabama is the 3rd Most Expensive State for Electricity Bills

Here we go again. Alabama has been named one of the most energy-expensive states according to WalletHub, a website that provides consumers with free financial information and analysis.

We fared better overall in this year’s report than we did in 2014. Alabama now ranks 13th most expensive, compared to sixth two years ago. While that is an improvement, electricity bills continue to be the main driver.

Alabama ranked 3rd most expensive for monthly electricity bills behind Hawaii and South Carolina Alabama and just ahead of Mississippi. The state ranks 14th for motor-fuel costs; 39th for home heating-oil costs; and 40th for natural gas costs. Below are some tips, which I’ve semi-plagiarized from my last post on this topic, on how to reduce electricity consumption.

An easy way to reduce the amount of energy you’re using and lower your electricity bill is to unplug appliances and other electronics that aren’t being used. If you have a spare refrigerator in the garage that you never utilize, pull the plug! That TV in the spare bedroom? Disconnect that bad boy. For appliances that you use on an irregular basis, such as a home theatre system, use a power strip and flip the switch when you want to use it.

Turn Down the Thermostat.

It’s summertime in Alabama. I get it. But one of the easiest ways to reduce your electricity bill a little bit is to set your thermostat a couple degrees higher. Increasing the temperature from 72 degrees to 76 degrees can save a couple bucks each billing cycle — and that adds up! The inverse goes for winter months (e.g., set the thermostat to 67 degrees or so). If you’re going to be out of town for a few days, you can be even more extreme. Adjusting your thermostat with the seasons also critically reduces the amount of electricity you’re using. Less power means less pollution.

Turn Out the Lights.

This is one of the oldest energy saving tips in the book, but it’s always worth the reminder. When you’re not home or if you leave a room, just flip that switch to “off.” It only takes a second, but it’s one of the most common wastes of energy that we’re all guilty of from time to time.

No, we’re not talking about the popular 90s sitcom. Investing in upgrades in your home is the best long-term solution to reducing your energy output. Home improvement encompasses a broad array of upgrades: better insulation, energy efficient appliances, compact fluorescent lightbulbs, new windows. Look for the Energy Star® label when you’re ready to make an investment. The label is on everything from microwave, washers, dryers, dishwashers, and even windows.